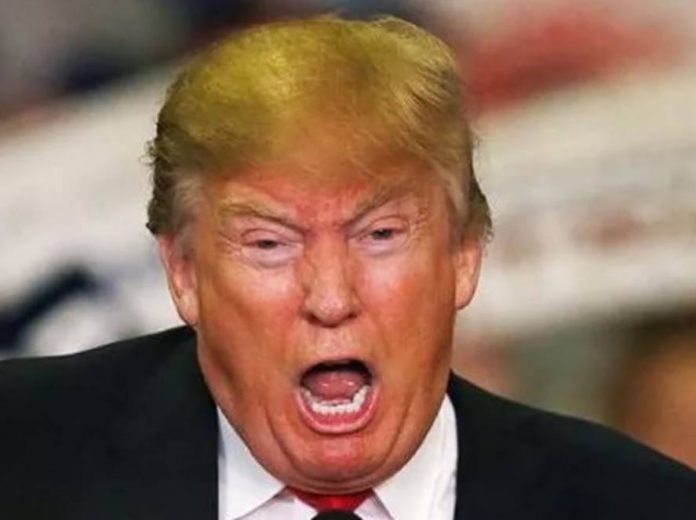 Editor’s note:  Wishing to apologize in advance, but when VT attempted to report on this story, we had problems.  Photos of families, wounded arriving at the hospital, other key pieces of evidence, are yet non-existent.  This is almost as though someone were purposefully trying to create a “false flag” controversy here.
Beyond that, we strongly advise that some things be taken into account.  The nation of Israel is involved in mass killing in Gaza at this moment.  It is not “defending itself.”
We also note that no one who was a victim here was personally responsible.
Attempts to spin this killing, which we rightly blame on Trump and his insanity, to support Israel’s mass murder is, in itself, beyond disrespectful.
We are seeing the beginning of dialog.
What we strongly suggest is that the sane Americans, whoever they are, Jewish or not, begin standing up against Israel, against NATO, against the crooks in Washington, against those police, a minority, who are violent and corrupt, and restore democratic rule to the United States.
*
A former president of the synagogue in Pittsburgh where 11 people were murdered on Saturday has said Donald Trump would not be welcome in the city and labelled the president a “purveyor of hate speech”. 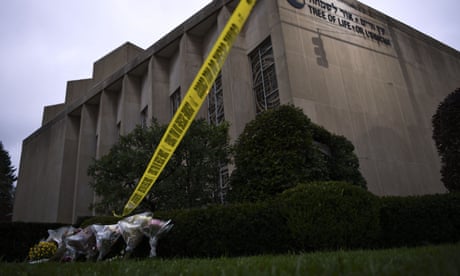 ‘Stop the words of hate,’ Pittsburgh rabbi urges US leaders as survivors speak

Lynette Lederman, of the Tree of Life Synagogue in Squirrel Hill, told CNN on Monday she would rely on local political leadership in the aftermath of the mass shooting and did not want the president to visit the city.

“We have people who stand by us, who believe in values – not just Jewish – but believe in values, and those are not the values of this president and I do not welcome him to Pittsburgh,” she said.

The comments followed an open letter signed by a coalition of local Jewish leaders and published by the Pittsburgh chapter of Bend The Arc, a progressive advocacy group, that also called for the president to avoid the city.

“President Trump, you are not welcome in Pittsburgh until you fully denounce white nationalism,” the letter states.