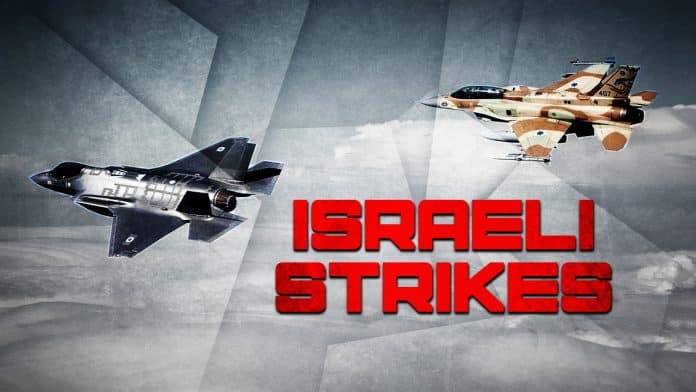 The Israeli Defense Forces (IDF) have continued attacks on targets in Syria even after the downing of the Russian Il-20 military plane on September 17, Reuters reported on October 29 citing “a senior Israeli official”.

“The IDF have attacked in Syria, including after the downing of the Russian plane. Military coordination with the Russians continues as before,” Reuters quoted “the senior official, who could not be named” as saying. No further details were provided.

This report gained wide attention in mainstream media outlets, including Israeli ones, which even developed the story further. According to Israeli media, IDF warplanes carried out a strike on an Iranian weapons shipment to Hezbollah after the S-300 air defense system delivery to the Syrian military, which took place on October 1. Israeli sources went even further claiming that there were multiple airstrikes, which were mysteriously ignored not only by the IDF official media wing, but also by Israeli and Syrian media outlets and activists.

While these reports seem fascinating for supporters of Israeli actions in Syria, the problem is that no evidence exists to confirm such claims. Syrian military and local sources describe the Israeli claims as an example of fake news designed to save the face of the IDF.

It is interesting to note that the comment of the “anonymous source” to Reuters came less than an hour after the Russian news agency Sputnik had released a short interview with former Israeli deputy chief of staff and ex-head of the National Security Council Gen. Uzi Dayan. The general said that the Israeli Air Force would feel no difference even if Syria employs Russia-supplied S-300 systems and claimed Israeli warplanes would eliminate the air-defense systems stating “these weapons do not have any immunity”. This is another sign of the pre-planned PR trick.

It’s clear that the Israeli military is not going to cease its strikes on targets in the war-torn country and is likely fiercely preparing to continue them despite the S-300 delivery to the Syrian Air Defense Forces. However, pro-Israeli media as well as Israeli political and military officials probably consider every delay of such actions a major media and diplomatic setback revealing the decrease of Israeli influence on the conflict.

Russian deputy envoy to the UN Vladimir Safronkov stated during a meeting of the UN Security Council on October 29 that the White Helmets and Hayat Tahrir al-Sham (formerly Jabhat al-Nusra) are still capable of carrying out provocations involving chemical weapons in the Idlib de-escalation zone. He recalled “suspicious” movements of chemical weapons across the area and stated that Idlib de-escalation agreements have always been a temporary measure and nobody has dropped the goal of eliminating terrorists from this part of Syria. So, if provocations continue, Russia is ready to assist the Syrian military in eliminating the terrorist threat.

In the Euphrates Valley, clashes between ISIS and the US-backed Syrian Democratic Forces (SDF) have continued with reports that some ISIS units have even reached the area near the Iraqi border. In response, the Iraqi Popular Mobilization Units (PMU) announced that they are mobilizing their fighters in order to prevent a possible ISIS advance into Iraqi territory.