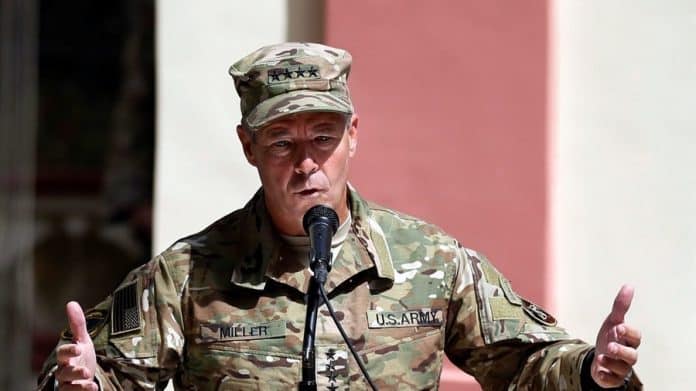 After 17 years of war, top US commander in Afghanistan admits Taliban cannot be defeated

[ Editor’s Note: This report comes as a big surprise, as seeing General Miller, NATO’s new head of Resolute Support, making such an frank statement about his recent command in Afghanistan is a break from the tradition of never criticizing the old when you are taking on a new command.
–
While VT has a lot of sources in high places, virtually none are interested in going public with their professional criticism of the craziness they see going on around them. Why? They feel like we do – that the political corruption runs so deep, with such deep pockets, there are no forces on the scene with the power to root them out.
–
And frankly that extends to the public and even the veteran community, which once they get past being focused on veterans benefits, retreats into the rally-around-the-flag syndrome, where anyone who criticizes policy is basically treated like a leper.
–
This is one hell of a sad situation, with the only bright spot of opposition coming from the Vietnam vets, but sadly only a small number of them, partially due to so many of them being dead, post-war causalities that the general public is still not fully aware of to this day.
–
So VT salutes General Miller for saying what needed to be said, by someone obviously qualified to do so. We wish there were more like him, and maybe some will follow his example. Our manufactured Syrian debacle would be a good place to start, and then Ukraine, and then Libya. But I will not hold my breath … Jim W. Dean ]
– 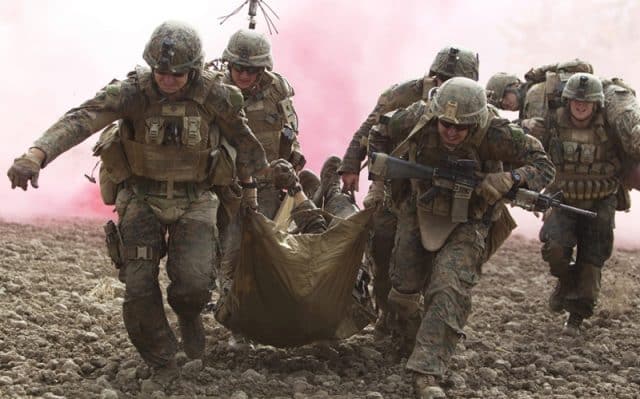 The Afghanistan war cannot be won militarily and peace will only be achieved through a political resolution with the Taliban, the newly-appointed American general in charge of US and NATO operations has conceded.
–

In his first interview since taking command of NATO’s Resolute Support mission in September, Gen. Austin Scott Miller provided NBC News with a surprisingly candid assessment of the seemingly never-ending conflict, which began with the US invasion of Afghanistan in October, 2001.

“This is not going to be won militarily. This is going to a political solution,” Miller said. He mused that the Taliban is also tired of fighting and may be interested in starting to “work through the political piece” of the 17-year-old war.

But it’s not clear if the Taliban is open to negotiations. Last month, a top Taliban commander told RT, in a rare interview, that the group’s leaders had no desire to negotiate with the Americans.

Described for years as a stalemate, the conflict has been tipping in the Taliban’s favor in recent months. Even by US military estimates, the Afghan government controls or influences just over half of the country’s 407 districts – a record low since the Special Inspector General for Afghanistan Reconstruction, or SIGAR, began tracking district control in November 2015.

To make matters worse, casualties among Afghan government forces have skyrocketed in recent months. Afghan security forces suffered 1,000 fatalities in August and September, according to the Pentagon.

Miller’s desire for a political settlement was echoed earlier by the State Department, which said in August that the US was doing everything it could to facilitate peace talks between the Taliban and the Afghan government.

The new US commander has experienced the deteriorating security situation in Afghanistan first-hand. In October, Miller survived a Taliban attack in Kandahar, which left a prominent Afghan warlord and local intelligence chief dead.