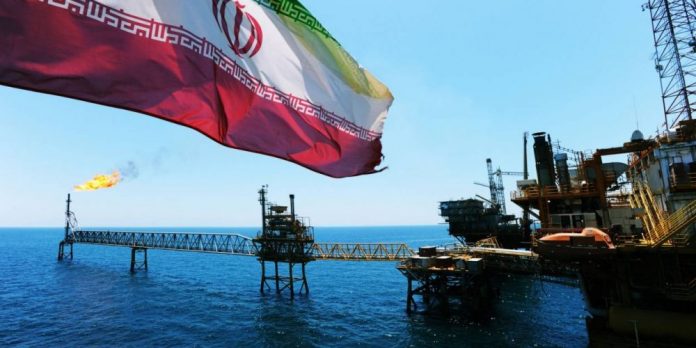 [ Editor’s Note: There have been reports of no additional oil sources to replace major losses in Iranian oil exports, especially its highly sought after light sweet crude.

There have been a lot of economic forecasts that, with all of the international trade disruptions pushing down badly needed growth in so many teetering economies, higher oil prices would just make the situation worse.

We look forward to the follow-up stories on how the US backing off its initial threats went down. Who were the grownups in the room that stood up to the reckless teenagers?

To save face, it appears everyone accepted an agreement to eventually reduce Iran sanctions to zero, which everybody knows they will not do as they cannot do so.

Unmentioned in this report is that these waivers will give Iran’s customers more time to prepare their backup plan for not only buying oil via the new settlement options being constructed, but a new “Great Wall of China” against the scourge of unilateral US sanctions in general, which many claim has reached the level of economic terrorism.

Once again the US government lies to its own people for any reason it wants, and at any time – more evidence of the fake democracy that we live in, where miraculously, people like the fake Ralph Reed can fill my instant messages with requests to vote for the current crooks in charge, and I can do nothing to block him … Jim W. Dean ]

The US administration has agreed to allow eight countries to continue purchasing Iran’s crude oil after Washington’s sanctions on Tehran take place next Monday, a senior official said Friday.

The administration official told Bloomberg that waivers were aimed at preventing oil price hikes and would be granted in exchange for continued import cuts. The source said US Secretary of State Michael Pompeo was expected to announce the number of exemptions later on Friday.

In addition to Japan, India, and South Korea, the US would grant the oil waiver to China as well, two people familiar with Washington-Beijing discussions said on the condition of anonymity.

The other four countries to get waivers remained to be identified, but Turkey was predicted to be one of them. Turkish Energy Minister Fatih Donmez announced on Friday he had heard rumors that the US is going to exempt Ankara from the upcoming sanctions.

However, he said, he had not received written notification regarding the possible exemption.

Previously, Pompeo had said it was “our expectation that the purchases of Iranian crude oil will go to zero from every country or sanctions will be imposed,” but also acknowledged that waivers were being negotiated with nations that said crude from the Middle East producer was critical to their energy industry.

Iran on Friday said that the waivers granted by the US showed the Iranian crude was needed and could not be withdrawn from the market.

“The waivers granted to these eight countries shows that the market needs Iran’s oil and it cannot be pulled out of the market … I don’t know whether these waivers are permanent or temporary ones,” IRIB quoted Iran’s Deputy Oil Minister Ali Kardor as saying.

The US decision to grant the waivers came after major importers of Iranian crude resisted calls by Washington to end their oil purchases as winter looms.

The US will reintroduce the new sanctions targeting Iranian oil on Monday and American officials have said Washington does not want to harm friends and allies dependent on the oil.

The waivers would ensure the continued flow of Iran’s crude oil to the global market, potentially calming fears of a supply crunch and further suppressing international oil prices just before midterm elections in the US.

However, the waivers seem to be making the sanctions totally irrelevant, as the countries receiving them account for a lion’s share of the oil Iran exports.

According to the Iranian Oil Ministry, 60 percent of the country’s oil exports go to Asian countries, including China and India – the two top clients – as well as South Korea and Japan, and the remaining 40 percent to European countries including Turkey.