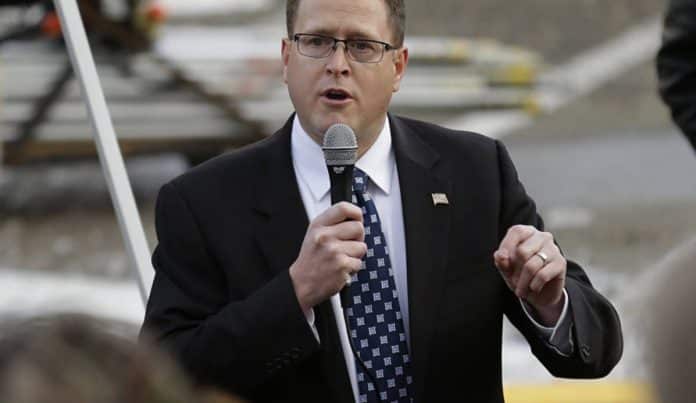 A fundamentalist Christian US State Representative has been targeted for investigation by the FBI after the lawmaker’s call for a holy war to kill unbelievers was made public.

The Washington state Republican politician became the subject of FBI scrutiny after a how-to guide he penned on killing people that did not agree with his fundamentalist Christian beliefs was brought to the attention of the law enforcement branch of the US government.

GOP Representative Matt Shea, a five-term Washington state lawmaker, circulated among his devotees a carefully-written manual describing how to conduct a holy war in the US, according to the Seattle Times.

Called “Biblical Basis for War,” Shea’s broadsheet offered a bullet-point list on how to inculcate a Christian theocratic movement as a means to kill off any who oppose a hypothetical holy war in America.

In Shea’s flier, his Christian crusaders are first instructed to offer their enemies those demands by which a surrender will be accepted, including: “stop all abortions,” “no same-sex marriage,” “no idolatry or occultism,” “no communism,” and that anyone wishing to remain in the country “must obey Biblical law,” according to the Seattle Times.

If Shea’s terms of surrender are not accepted, his paper then instructs fundamentalist believers to “kill all males,” cited by the Seattle Times.

Support for the Republican politician from local white nationalist groups is well documented, according to al Jazeera. Shea has also declared that the science explaining the causes of global warming are a conspiracy to “manipulate the public mind,” cited by Talking Points Memo.

The GOP lawmaker’s document was given to the FBI by Spokane County Sheriff Ozzie Knezovich, who reportedly took one look at it and picked up the phone.

“I gave it straight to the FBI,” noted Knezovich, cited by Thinkprogress.com.