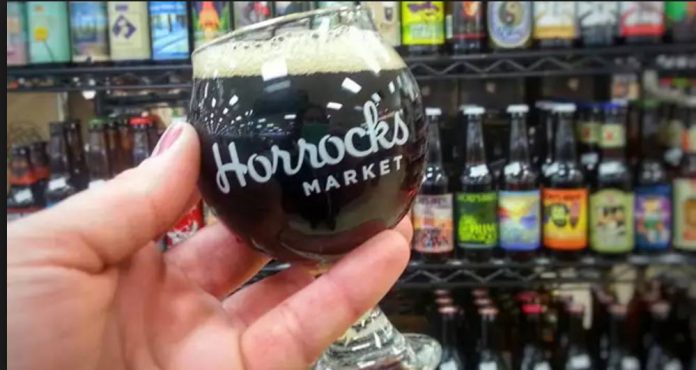 With the midterm elections coming up, all of us bombarded with carefully staged insanity, anything to push us away from asking real questions, I decided to get out of the house.

It doesn’t work.  I turned off the phone, ran an I-tunes playlist on my BMW sport utility vehicle (an M series for those who are enthusiasts….now 12 years old thank you very much) and headed toward Lansing, Michigan.

First mistake was where I chose to go, Horrocks, a farm market there where I had purchased 3 pounds of smoked turkey for a get together, meat that was, though within date, hopelessly rotted.

They were classless, unpleasant and nasty, thus the mention of this high on the page.  Note that, Horrocks, West Sagniaw Highway in Lansing, stay away from their meat, coffee and produce.  Go ahead and buy their overpriced wine. Their florist section is quite nice.

Our food editor, Mike Chester, who lives nearby, had warned me but I didn’t listen.  I was too smart.  In general, Michigan is a bit more courteous than New York, a generalization I thought was fair.

As for their owners/managers, they make me love the DeVos clan from Amway in comparison.

Worse still, while there, the Democratic Party called me about voting.  Whatever can be said about the GOP, the democrats are total idiots.  What I love is having half educated and self important fake activists explain the world to me based on what they saw on television.

To think I used to shoot people for a living and am no longer allowed to do this anymore simply because it is illegal.  Call life frustrating, you can’t imagine.

Behind it all, the need to spend, the need to drive aimlessly on a rainy and dark Sunday, the need to escape the continual negative and fabricated political ads is fear.  After all, several dozen Hispanics are moving toward our heavily defended border.

Talk about fake, the army is down their stringing concertina so women with babies won’t escape into the snake ridden desert and look for jobs cleaning our homes. If they were here to service Mara Lago clients in their birthday suits they would be given first class air fare.

Since I am at it, let’s do another one.  Though I grew up in Detroit, I had a farm in rural Kentucky for years.  Our tradition there was that if someone came to your home, they called first.  Driveways at farms are 1/4th mile long, ours was, and strangers were vetted.

You neighbors could be killed and nobody would know, so we all watched out for each other and when cars came up, we checked.  This is part of that world that city slickers don’t understand.

Where I am now, rural, long driveway, I had a couple of “solicitor” visits, shady at best, folks I sent packing and soon added a “Private/No Tresspassing” sign.

Owning a home doesn’t mean we pay to just leave ourselves open to anyone who wants to eat away our days with charity scams, fake politics or unwanted religion.

Worse still, meth addicts staking out their next home invasion.  Might this be why “liberals” are seen as just not “getting it” sometimes?  There are other issues, of course, like not having money.

Behind this is an America where it takes a family of 4 with two old cars, some health insurance and a moderate lifestyle about 85,000 USD per year to live.

Problem is, the average family has two 11.00 an hour jobs that net about 33,000 per year and the other 52,000 comes from things done without.  Even then, each year debt is deeper, wages never go up, prices outpace any wage increases and always have and the threat of destitution is always there.

With this, crap schools, a police state, half our businesses, such as the one mentioned above, are bottom feeders or, worse still, total scams.

The more help you need, the more likely you are to be robbed by a credit agency, a payday loan scam or some kind of fake employment.

In order to keep your mind off it, you are warned about an imaginary invasion or that the Ruskies are coming to get us.

Oh, there are people coming to get us, they have been around all along, the thieves and flakes that run Wall Street, run maybe a third of our business community, retail and services, run all our utilities, run some police departments and most of our local governments.

We are “meat” to them, whether Horrock’s rotted smoked turkey or not.

Time for a plan.  We will be discussing this on Rense.com next time Uncle Gordie is on.