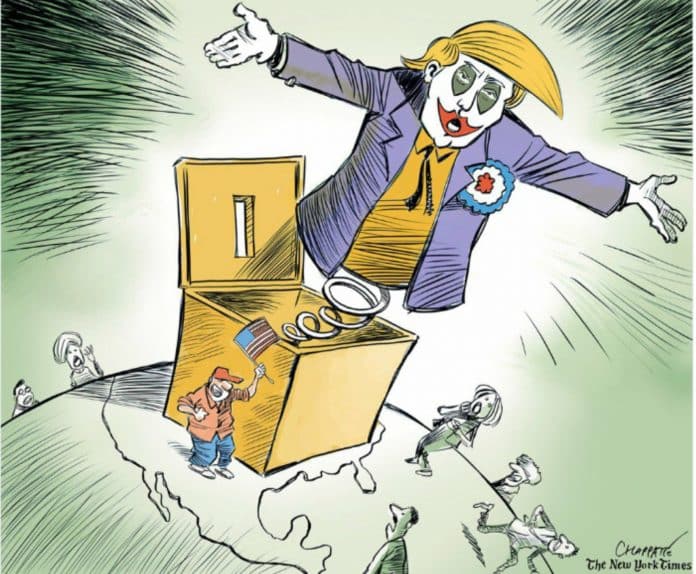 The colonization of the US by Israel is becoming increasingly explicit. It is now increasingly seen as “normal” to have a double standard: one for Israel, another for the rest of the world. The boycott-Israel movement is an example of that: you can boycott anything or anyone, but not Israel. This is true power, and the face of colonization.