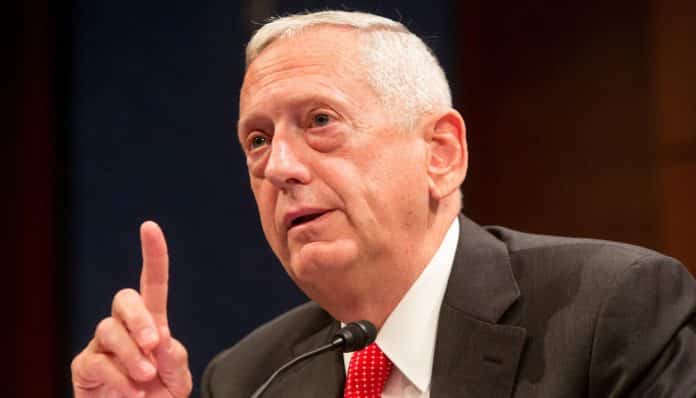 The US Pseudo Pressure Game with Saudi Arabia

[ Editor’s Note: Mr. Sheikh gives us a critical look at the US public comments that appear to be signalling a shift in US policy toward Saudi Arabia if it does not make some policy adjustments.

While some Congressmen on both sides of the isle have used the sanctions word as a threat to encourage Saudi compliance, we have not seen that supporter from Trump and here we have below our military commanders affirming that SA is our number one ally in the region, after Israel.

Are the generals undermining the US government? I don’t think so, as all policy statements they make are cleared with superiors before hand. The US of course has pledge allegiance to Israel and it anti-Iran policy, the continuing hyped threats against Iran, when it is clearly on defense, as is Syria and Iraq, all fighting a proxy terror war backed but the Gulf State and US coalitions, including NATO.

The aggressors have racked up a civilian death toll that can easily be viewed as an “ongoing 9-11”, with no international or domestic condemnation. So why all the US anti-Saudi theatrics over the death of one man when the mountain of victims it has created via the terror wars does not bother Washington at all?

The only thing real in any of the shadow boxing is the US may want the /Saudi Crown Prince replaced with someone that will speed up completion of the alleged $110 billion in defense contracts that Trump allegedly signed with the Saudis … Jim W. Dean ]

The US call for immediate commencement of talks on Yemen with the view to bringing the war to an end is, more than anything else, a pseudo game of pressure that it is playing with Saudi Arabia.

In this game, Saudia isn’t a US rival; it is its partner. For one thing, the US president Trump has already made it clear that he wouldn’t stop their defence deals, worth billions of dollars, with Saudi Arabia. US allies, such as the UK, are also following suit.

For another, while the US has remained conspicuously silent for years over the atrocities the Saudi-led coalition has been committing in Yemen, the reason why its top officials have only now started to talk about stopping the war in Yemen is the up-coming mid-term elections in the US and the anti-Saudi mood prevailing among the general masses due to the brutal killing of Jamal Khashoggi in Istanbul.

As such, by portraying itself as ‘advocates of peace’ rather partners in crime with Saudia, the Trump administration is playing with its voters, and is highly unlikely to take any meaningful action against the House of Saud. It wouldn’t be wrong to say the possibility of such an action is zero.

As such, while James Mattis has said that the killing of Khashoggi was ‘threatening regional stability’, the top US general, CENTCOM Commander Joseph Votel confirmed in his latest interview that the US-Saudi relations are absolutely unchanged and that Saudi Arabia continues to be the most important military ally in the Middle Eastern region.

To quote Votel, “there’s no change with any military relationship we have with Saudi Arabia. From the military perspective, I characterize the relationship as strong, deep, and I think a beneficial one for us. They have been an extraordinarily important security partner in the region.”

Even secretary Mattis, who initiated the call for bringing the war in Yemen to an abrupt end, also said at the Manama Dialogue, an annual gathering of Persian Gulf country security leaders, in the presence of the US’ gulf allies including Saudia that the US support for Saudi Arabia would continue unabated.

“We do not accept that there is any reason for a slow-down in the effort to bring this to a negotiated end,” he added a day after his meeting with Saudi foreign minister Adel Jubeir.

And, as things stand, there wouldn’t be any reason for the US to discontinue or rupture its alliance with a country that it, according to Votel, looks up to “for a lead, for leadership, direction, and how they approach broader security concerns. So, a nation that plays that role in the region is important to us because it contributes to the interests that we have in the region.”

And, the most important shared interest in the region, today, is undoubtedly Iran. It was, therefore, quite unsurprising to see Mattis devoting in his speech at Manama Dialogue more time to discussing Iran than the brutal killing of Khashoggi and how exactly this killing was ‘threatening the region.’

Accordingly, what Mattis did there to please the US’ “extraordinary ally” is that he went through a long list of what he described as ‘disruptive Iranian behaviour’ that needed to be ‘corrected’ through the imposition of sanctions.

The US has reinvented the ‘Iranian demon’ by pulling itself out of the hard-earned Iran nuke deal, and it is serving its specific interests. For instance, by the end of the Obama administration, the main understanding of the US position in the Middle East was that the US influence had considerably waned.

But this is no longer the dominant view since the US involvement has become a lot deeper through a deliberate and systematic projection of Iran as ‘rogue.’ In other words, the US needed to pull out of this deal to re-invent its own position in the Middle East.

In this context, it appears entirely wrong to contend that the US-Saudi relations will change in the post-Khashoggi killing scenario. In fact, the exact opposite of the hypothetical deterioration in relations appears to be true when put in the larger context of regional geo-politics: the US-Saudi relations are at all time high, and as Saudi foreign minister said at Manama Dialogue, their relations with the US are “ironclad.”

It would therefore be simply naïve to believe that the US would take any serious steps to force the Saudis to end the war in Yemen or bring those directly and indirectly involved in Khashoggis’s murder to justice.

A simple question is: if the indiscriminate killing of thousands of Yemenis, including women and children, and dragging Yemen to the brink of famine couldn’t bring any material change in US-Saudi relations, why would the murder of a journalist make any difference at all?

The answer to this question is simple: the difference is costly and requires a major policy change. Making a difference would jeopardize US position and interests in the Middle Est, particularly those related to its efforts of bringing the Gulf states closer to Israel, and it might cause it to lose billions in defence deals and the deals it is aiming at by creating a new ‘Arab NATO’ under the US military supervision.