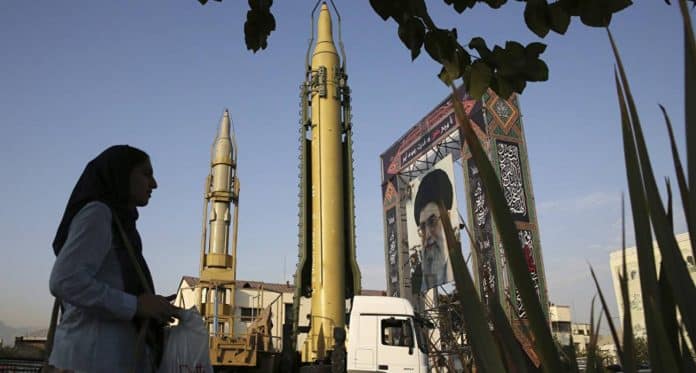 Unnamed military sources, quoted by The Washington Post, have expressed alarm over Iran’s unpredictable reaction to US economic and diplomatic pressure.
–

The Washington Post has cited several military officials, who spoke on condition of anonymity, as expressing concern that reducing the US military presence in the Middle East has dealt a blow to their ability to react to potential Iranian threats amid what they called an increased potential for confrontation due to the sanctions.

Although the military sources don’t believe that Tehran is capable of carrying out a large-scale attack on US forces in the turbulent region, they are still alarmed that the Islamic Republic could turn to its ballistic missiles or shut down the strategic Strait of Hormuz.

The military reportedly believes that it’s the current administration’s policy to deter Iran, including Donald Trump’s decision to pull out of the landmark nuclear deal and efforts to eliminate what National Security Adviser John Bolton branded as “the Iranian menace” in Syria and in the region as a whole that has increased the likelihood of military confrontation.

They also claimed that US Central Command, which oversees operations in the Middle East, had requested additional resources.The same report, however, suggested that since USS Theodore Roosevelt returned to the Pacific in March after spending four months in the Gulf, there have been no US aircraft carriers in the Middle East, which marks the longest period in many years.

The military officials also claimed that Washington had withdrawn a large share of its Patriot missiles along with some warplanes, such as the F-22 Raptor.

The concerns reportedly followed Iran’s consistent threats to close the Strait of Hormuz, thus cutting off the main oil shipping route, in retaliation to any hostile actions from the United States. Estimating that Iran could deploy some 1,000 mines in less than a week, the sources are reportedly worried that Iran might use mines to close the waterway or make it difficult to transit.

“Now you’re squeezing them economically and diplomatically, and it’s uncertain what Iran’s ultimate reaction will be,” one official told The Washington Post.

The concern keeps growing about the Islamic Republic’s missile capability as well, the report says, with the officials raising questions about Iran’s ability to strike their intended targets.

The Washington Post then alleged that Iranian missiles, which hit militants in Syria about 5 km away from the position of US troops, “demonstrated its improved aim.”And taking into account that the Pentagon had removed four Patriot missiles batteries from the region, the officials, the report claims, do not feel “confident in their ability to repel Iran’s ballistic missiles.”

Relations between Iran and the US have deteriorated after President Trump decided to withdraw from the 2015 nuclear deal and reinstate anti-Tehran sanctions.

The first round of restrictions, which had been lifted under the agreement, was re-imposed in August; while the new set of sanctions on Iran’s energy sector, shipping, ship-building and financial industries will take effect on November 5.

At the same time, the Trump administration has drawn up a list of 12 demands that Tehran must comply with in order to see the sanctions lifted.