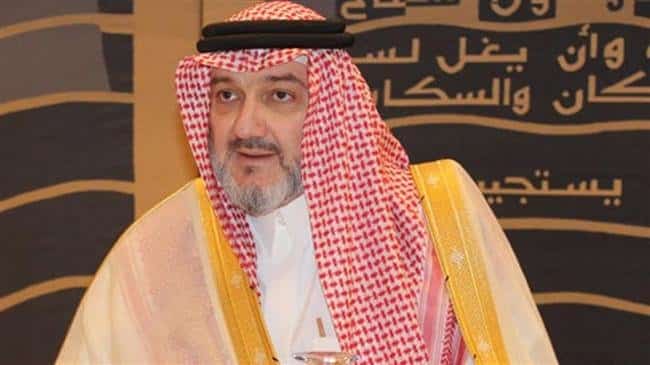 [ Editor’s Note: We see the Crown Prince finally making some moves in response to his Khashoggi problems, showing what he feels is his top priority. By his releasing some of the imprisoned princes from his corruption clean-up, we see that he views his internal flanks as most the important to shore up.

Prince Khalid bin Talal  was the most prominent of the “Prince prisoners”, and of course, looters and pillagers most of them were. By releasing some of the princes, we can deduce that a move is afoot to deal with the Khashoggi killing by having the young Crown Prince, who has many internal enemies, step down.

As soon as Prince Talal was released, his famous brother and fellow billionaire Prince Al-Waleed bin Talal stated that he felt the Crown Prince will be completely vindicated in the Khashoggi killing. Al-Waleed moved a little too quickly, leaving no doubt of the game that was afoot, possibly a battle of the princes.

They were slick about the timing with the US midterms about to dominate the news next week, and the short attention span of many news watchers. Who will remember this Saudi squabble two weeks from now?

What will be important is seeing whether those who want the Crown Prince out will show their hand and risk filling some of the empty jail spaces, which I am sure must be very nice, but minus the golden toilets… Jim W. Dean ]

Saudi Arabia has released a prominent critic of the Crown Prince Mohammed bin Salman from jail amid an international outrage over the last month assassination of a dissident journalist, which many believe was ordered by the heir to the throne.

At least three relatives of the bin Talal family confirmed with their postings on the social media that Khalid had been released. The prince could be seen in photos kissing and embracing his son who has been in a coma for years.

There was no official confirmation from the government. However, the release comes some 11 months after Khalid criticized a crackdown led by Prince Mohammed on Saudi Arabia’s elite, many of whom were critical of his way of handling state affairs.

The most senior of all princes, officials and tycoons detained at Riyadh’s Ritz-Carlton hotel in November was Khalid’s brother Waleed, a billionaire who was labeled by Riyadh as a leader of a corruption network.

Saudi Arabia’s king Salman could have his son, Crown Prince Mohammed bin Salman, replaced to restore the credibility of the monarchy, according to Colonel Brian Lees.

The release of Khalid also comes amid the international outrage over the assassination of Jamal Khashoggi, a prominent insider thinker and journalist who fled to the United States after bin Salman’s crackdown was launched last year. Khashoggi, believed to have been killed in the most brutal manner inside Saudi consulate in Istanbul, Turkey, on October 2, was close to bin Talal family.

Reports said that bin Salman, son of Saudi King Salman bin Abdulaziz, is trying to defuse the international crisis over Khashoggi murder. They said the young prince could order the release of other rivals and opponents, including billionaire businessman Mohammed al-Amoudi and former Riyadh governor Prince Turki bin Abdullah, to show that he is repentant about Khashoggi case.