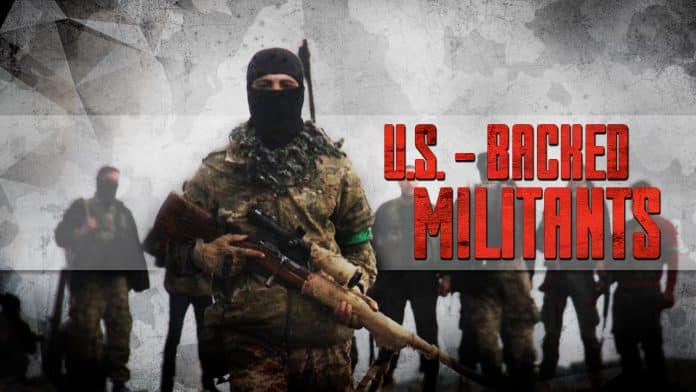 Former members of US-backed militant groups are joining forces with the Lebanese Hezbollah movement, operating in Syria, the WSJ reported on November 1. According to the report, approximately 2,000 fighters had joined the forces and have even started receiving salaries. The WSJ claimed that it was due to losing funding from the US. However, the reason pointed out by local experts is that the US strategy in Syria had lost credit even in the eyes of some of its own proxies. In the period from 2016 to 2018, thousands of former members of militant groups had reconciled with the Damascus government. A notable part of them is now serving in the newly formed units of the Syrian military, for example the Shield of Qalamoun.

On November 3rd, US-led coalition carried out airstrikes on the ISIS-held town of Hajin in the middle Euphrates River Valley, according to the Syrian Baladi News outlet. The attacks resulted in the death of 17 civilians, including women and children. The Syrian Observatory of Human Rights reported the airstrikes on ISIS positions, but didn’t report any casualties. The US-backed Syrian Democratic Forces suspended its ground operations in the area on October 31st.

On November 3rd, a UN humanitarian aid convoy consisting of dozens of trucks entered the al-Rukban refugee camp near the Syrian-Jordanian border, according to Reuters. This was the first convoy to enter the camp in 9 months. The Russian Reconciliation Center of Opposing Sides announced that a unit of the Russian Military Police and three helicopters of the Russian Aerospace Forces had escorted the convoy. The al-Rukban camp is located within the area occupied by US-led forces.

The Russian military has deployed six RHM-6 chemical reconnaissance vehicles at its observation posts near the Idlib demilitarization zone in Syria, according to Russian Defense Ministry spokesman Major General Igor Konashenkov who spoke on October 31st. He commented on the possibility of new staged chemical attacks in militant-held areas, with the risk being significantly higher in the province of Aleppo.

On November 3rd, a Syrian Arab Army unit stopped an infiltration attempt of militants from Jaysh al-Izza at the southeastern side of al-Latamia town, towards a military position in the north of Hama city. According to the Syrian Arab News Agency, the military killed and injured many militants.

Furthermore, shelling by Hayat Tahir al-Sham continues in breach of the deconfliction agreement around Idlib. As reported by TASS, 2 servicemen were killed and 13 were injured in militant shelling on Syrian troops positions in the Latakia governorate and the city of Aleppo.

The YPG announced that on October 30th that it had targeted a military vehicle of the Turkish-backed Sham legion between the villages of Khezawiye and Biye in Afrin, killing 5 of its members.

The US on November 5th reimposed all pre-2015 Iran Nuclear Deal sanctions on Iran, plus additional ones. By this move, the Trump administration seeks to re-shape terms and conditions of the Iran nuclear deal as well as to impact the foreign and internal policy of Iran. This move will also have implications on the Syrian conflict creating further tensions between the US-Israeli bloc and Iranian-led forces in the war-torn country.