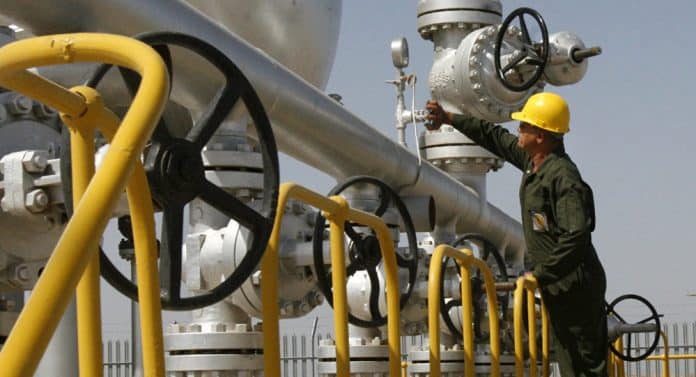 [ Editor’s Note: We have been waiting to see the US numbers on the oil markets, which they have not said anything about until today, predicting no Iran sanction shortages to push up prices. But it was not long ago that Trump was asking the Saudis and OPEC to increase their output, so a cat-and-mouse game continues.

But with prices at the May figures, that seems like the proof in the pudding, and the sanctions waivers should dampen any supply shortages for now. Notice that Trump claims a million barrels per day higher US production, his midterm election gift to our producers.

Then we have CENTCOM complaining that it does not have enough forces in the Persian Gulf region to prevent Iran from blocking the straits, a fake scare, as Iran had only mentioned that possibility to counter a serious move to block all its oil imports, saying it would respond by blocking everything out of the Gulf.

Iran can quickly put a 1000 mines into the Straits of Hormuz. If anyone took a shot at Iran, they know they could expect a quick retaliation, and we could be off to the races with supply shortage price hikes in a hurry. The world would blame the US and cowboy Trump.

Iran does not want that, as it would hurt Iraq, so we have a game of chicken being played, where only a credible retaliation might keep the lid on things. As I type, lran is conducting its major annual air defense drill, but where the US has no aircraft carrier in the region due to a show of force being put on for China over Taiwan.

Hope no one makes a big mistake; and we might get through this OK… Jim W. Dean ]

WASHINGTON (Sputnik) – The United States anticipates no adverse impact on global oil markets as a result of the re-imposition of sanctions on Iran that were lifted under a multinational nuclear deal, Special Representative for Iran Brian Hook told reporters on Monday.

Hook noted that oil prices today are about equal to prices in May when the Trump administration scrapped US participation in the nuclear deal.

The Special Representative explained that Iran had lost “tens of billions of dollars” in planned international investments during the past six months, due to decisions by more than 100 major companies to sever commercial ties with Tehran.

“We have had more than 20 countries that imported Iranian oil prior to May have now zeroed out their imports because of our sanctions,” the official added.

In May, US President Donald Trump announced that the United States would withdraw from the Iranian nuclear deal, and reimpose its sanctions against Iran that had been lifted under the agreement. The first round of the US restrictions entered into force in August, and a second, more severe round came into effect on Monday.