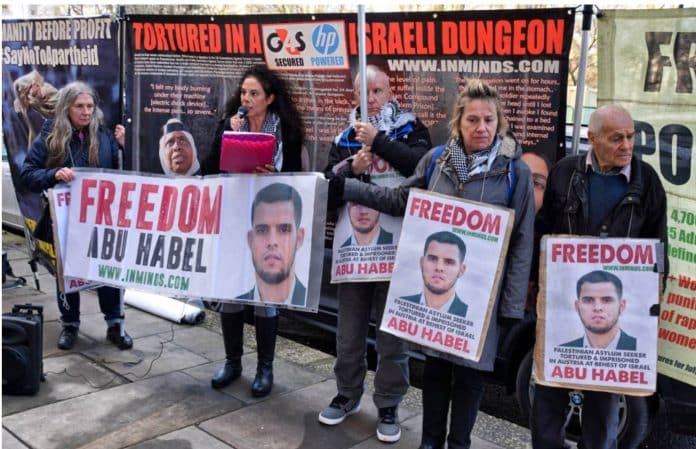 In the spring of 2018, a young Palestinian from Gaza was charged for terrorism and sentenced to life imprisonment by a jury at a local court in Krems, Austria. The sparse media reports indicate that the alleged terror attack, which did not actually happen, was intended to be carried out in occupied Jerusalem. The witnesses, juvenile Palestinians, were not actually present at the court in Austria, but gave their statements via Skype from an Israeli gaol.

At first glance, the whole story sounds quite unbelievable. In our ostensibly peaceful and harmless alpine republic, the maximum sentence is rarely meted out. A maximum sentence for an act that was obviously politically motivated, to be carried out in occupied Palestine, and which actually wasn’t carried out after all, should raise your eyebrows.

The defendant, Abdelkarim Abu Habel, was born in 1990 in Jabaliya in the Gaza Strip. At the age of 14, he was sentenced to nine years in prison by the occupying forces, an Israeli military court. According to media reports, he was denied visits by his father for five years – just one example of the severe conditions in Israeli detention. We don’t know the details about this case, but the general situation in Gaza and the disproportionate nature of the conflict between the occupying force, Israel, and the Palestinians who are confined to the Gaza strip are well known.

After his release, Abu Karim got married and in February 2015 fled to Austria via Turkey, where he applied for political asylum. He was housed in Litschau, a town with a population of 2,300 on the border to the Czech Republic. In 2016, the Austrian police arrested him after a tip-off by Israeli authorities, and he was eventually charged with terrorism. (The Austrian authorities also charged him with civil disorder and slander of government officials, typical accompanying charges that won’t be addressed here.)

In an interview with an English language newspaper, his father asked why the Austrian authorities charged his son for something that he had already served a sentence for in an Israeli gaol.