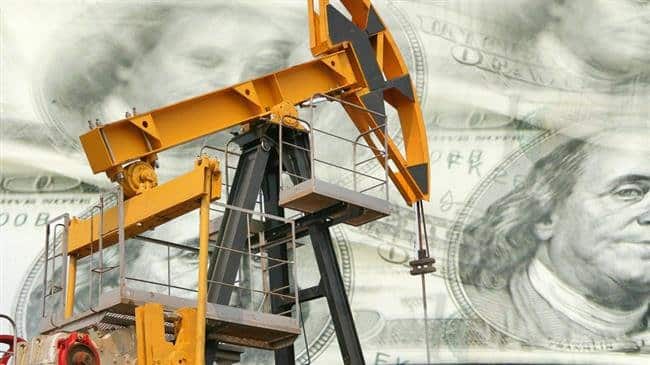 Iran: US oil waivers not enough, ‘painful months’ ahead

[ Editor’s Note: All this comes as no surprise. If Trump can spin the elections as a victory when he lost the House, he will certainly say oil supplies are whatever he wants them to be.

I would have thought the professionals would have stepped in to rein in the spinning, but it seems they are keeping their heads down with quick sanctions trigger Sheriff Trump in town – “Sanction, and ask questions later.”

Another aspect to this is how important Iran’s light sweet crude is to its largest customers, as it is needed in the manufacture of plastics, for which there is a big demand by high population countries like China, India and Japan.

As more swap deals are constructed, keeping track of supply and demand is going to turn into an estimate game, versus the barrel-counting computer game it has been.

Iran has over played its hand on its victory over Trump. No one ever expected its oil imports to be cut to zero. But Iran is hurting badly at the current levels. Yes, it does have a history of living through tough sanctions, but that has come at a tough cost for the Iranian people.

The Trump plan seems to be that this pressure will create demands for change from the mullahs. But it is a dream to think they will relinquish power to please the its poor and the US. Trump will suffer no loss of reputation for their suffering either.

Just ask the Yemenis, or the Syrians, where they did not buy that Assad was their oppressor. They clearly saw who the proxy terror supporters were… Jim W. Dean ]

Iran’s Minister of Petroleum Bijan Zangeneh says US sanction reprieves for some countries importing Iranian oil are not enough and oil consumers are set for “painful months” ahead because of insufficient supplies.

The US on Monday gave exemptions to eight importers of Iranian crude oil as it reimposed sanctions on Iran’s banking, energy and shipping industries, backing down on its threat to zero the country’s oil exports.

“Despite the initial rodomontade of Mr. Trump and a number of regional oil producers, the US government ultimately confessed to the severe shortage of oil and the impossibility of eliminating Iran from the market,” Zangeneh said.

The United States, he said, allowed Iranian imports because of a serious shortage of oil and a lack of balance between supply and demand which was pressuring large consumers.

“But this amount of exemptions does not correspond to demand. Hence, I have to say that unfortunately, painful months are predicted for oil consumers in the months ahead,” Zangeneh said, according to Shana news agency.

The minister also said the Trump administration has “artificially” brought down oil and gasoline prices ahead of midterm elections by coordinating an increased draw in US crude inventory, but the prices will “naturally” move up in the coming months.

Oil on Wednesday was trading close to its lowest since August at around $72 a barrel, on reported rise in US inventories and sanction waivers.

Market analysts said the waivers were larger than expected, while the US kept pressure on Saudi Arabia and other producers to maintain ramped-up output.

“The waivers have been larger than expected by the market. At the same time, there is still pressure on Saudi Arabia to maintain high exports,” Reuters quoted Olivier Jakob of Petromatrix as saying Wednesday.

“With continuing production concerns in Nigeria, Venezuela, Angola and Libya, alongside Iranian curtailment, we could well see prices edging up again toward $80,” he told the New York Times.

So far the US, Russia and Saudi Arabia are claimed to have replaced the lost Iranian barrels.

Matt Badiali, a senior analyst at financial research and publishing firm Banyan Hill, predicts the sanctions to shave off another 900,000 barrels over the next year.

“The market is overestimating the amount of oil that could come on. Can the world produce an extra 500,000 barrels a day? I don’t see it,” he told the Times.

In late 2016, Russia and Saudi Arabia oversaw the establishment of two committees that monitor a deal on coordinating oil production between OPEC and other non-OPEC producers.

Zangeneh on Tuesday wrote to OPEC’s secretary general calling for the two committees to be scrapped.

“Some OPEC members of these two committees have clearly taken sides with the United States in imposing its unilateral and unlawful sanctions against Iran,” he said. The committees “should immediately stop their work,” he added.

China, India, Greece, Italy, Taiwan, Japan, Turkey and South Korea are the eight countries that have been exempted from the US sanctions.

Reports on Tuesday said India’s top refiner Indian Oil Corp and Mangalore Refinery and Petrochemicals Ltd had placed an order with Iran to buy a total of 9 million barrels of oil in December.

Government officials in New Delhi were also cited as saying that India and Iran would sign an initial agreement this month to settle all their oil trade in rupees.

It said a team of South Korean officials visited Tehran on the weekend, just before the US announcement of waivers, and offered a detailed briefing on Seoul’s related agreement with Washington.