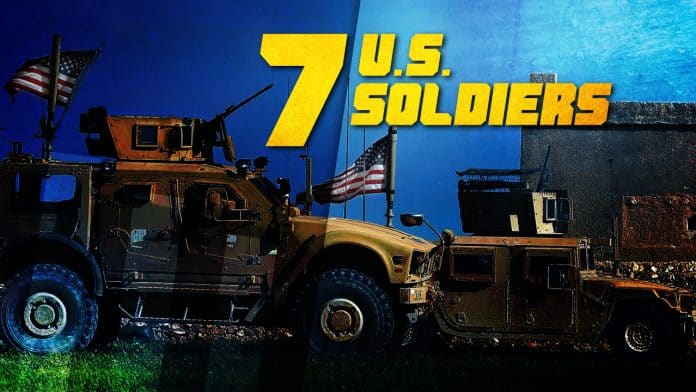 The Kurdish People’s Protection Units (YPG) reached a deal with ISIS in order to free 7 US soldiers, who had been captured by the terrorists in the province of Deir Ezzor in September, Turkey’s state-run Anadolu Agency reported on November 5 citing “local sources”.

According to the report, negotiations on the issue started on September 28th. ISIS pressed the YPG, which is also known under the US-created brand of the Syrian Democratic Forces (SDF), to withdraw from some oil-rich areas in Azraq and to agree to allow medical supplies and food delivery to the ISIS-held area.

The YPG withdrew from some oil wells in Azraq and ISIS freed the US troops, but the medical supplies and food delivery has not yet been carried out, Anadolu Agency claimed.

It’s interesting to note that the report on another deal between the US-led coalition and ISIS appeared amid the renewed ISIS expansion in the Euphrates Valley, which became possible after the coalition and its proxies had in fact avoided contributing any efforts to eliminating ISIS there for multiple months.

U.S. Col. Sean Ryan, a spokesman for the U.S.-led international coalition, denied the report that ISIS had captured seven US troops. He went further claiming that the US-led coalition “is not involved in any deal with ISIS.” Probably, those large columns of ISIS fighters withdrawing from the towns of Manbij, al-Tabqah and Raqqah in 2016 and 2017 were just invisible for the coalition. Or maybe the US intelligence accidentally mistook armed masked men with black flags for democratic activists. This would explain why the CIA supplied al-Qaeda and al-Qaeda-linked groups operating within Syria with weapons. It just used the aforementioned indications to determine which groups want to build a secular democracy in the country.

In fact, the key problem with Col. Ryan’s statement is that it contradicts to the Pentagon’s earlier statements. For example, in October 2017 Pentagon spokesman Eric Pahon officially confirmed that ISIS had been allowed to withdraw from Raqqah.

While both the US-led coalition and the Damascus government have struck tactical deals with ISIS in order to avoid further civilian casualties, the double-faced and dishonest attitude of the US leadership towards the conflict turned it into the main target of criticism. While Washington has appeared to be the main side exploiting various terrorist groups, including ISIS, in order to pursue its own diplomatic and military goals, the US leadership finds time for colorful phrases about democracy, civilian casualties and the war on terrorism.