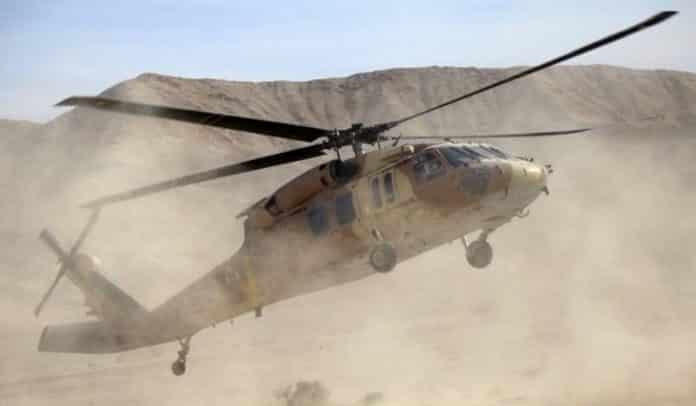 TEHRAN (FNA)- The US forces are planning to transfer ISIL terrorists from Syria to Iraq on helicopters after the terrorists failed to penetrate into Iraq via borders, a media outlet reported on Tuesday.

The Arabic-language al-Ma’aloumah news website quoted Ahamd al-Sahrifi, an Iraqi security expert, as disclosing that the US intends to heliborne ISIL terrorists from Syria-Iraq border to regions behind Iraqi forces’ positions near border with Syria.

It further said that the US plan to heliborne ISIL to Iraq came after the Iraqi forces deployed at border with Syria and close off any infiltration by terrorists into Iraq.

Al-Sharifi further said that ISIL has not only been supported financially and militarily in the battlefield but also received logistic and diplomatic backup in regional and international arenas.

On Saturday, Iraqi troops, including Hashd al-Sha’abi paramilitary forces, were dispatched to the Syrian frontier as fears grow that ISIL terrorists could repeat the 2014 offensive.

The border build-up came as ISIL elements recently captured some territory from the so-called Syrian Democratic Forces (SDF), a US-backed coalition of mainly Kurdish militants, around the city of Hajin in Syria’s Eastern Deir Ezzur Province.

The Iraqi military said that two Iraqi army brigades, each with 3,000 to 5,000 troops, had been dispatched to border areas in a bid to prevent terrorists crossing over.

Hashd al-Sha’abi also announced the deployment of 20,000 fighters “to provide border security after some Syrian villages fell under the control of ISIL.”

“All measures have been taken: we have control towers, observation posts, dirt berms and trenches,” he said. “The SDF’s retreat will not be a threat to Iraq.”

Meanwhile, an AFP video journalist reported that in addition to soldiers, Iraq had sent military vehicles, helicopters and armored cars to the border region.

ISIL unleashed a campaign of death and destruction in Iraq in 2014, overrunning vast swathes in lightning attacks. Iraqi army soldiers and allied fighters then launched operations to eliminate the terror outfit and retake lost territory.