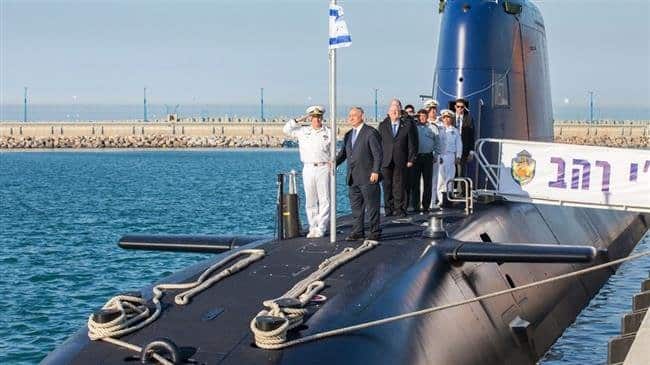 [ Editor’s Note: I sometimes get the feeling that the Israeli prosecutor’s office is kept woefully understaffed so that well connected people have a better chance of dying of old age before going to jail.

Frankly I am afraid that I might croak before Bibi is convicted of anything. As you read below we are led to believe the cops have Bibi’s cousin family attorney nailed because they have a Krupp executive as the State’s witness for a slam dunk bribery case, but somehow Bibi was miraculously left out of the deal, not getting a penny.

Color me suspicious. I would have guessed Bibi would have gotten half of the take, after all, he is the man from whence the river flows.

I have to go now to read the current medical research on life extension science so I can be around to see the end of the story … Jim W. Dean ]

Israeli police say they are in possession of sufficient evidence for the attorney general to bring bribery charges against Prime Minister Benjamin Netanyahu’s personal lawyer following a graft probe into the regime’s purchase of German submarines under a lucrative deal.

In a statement issued on Thursday at the end of the long-running investigation, police said there is proof that David Shimron, Netanyahu’s cousin and his family lawyer, “committed bribery offences and money laundering” in connection with the purchase of German submarines, recommending this indictment.

Along with Shimron, police added, Netanyahu’s ex-bureau chief, David Sharan, former navy chief, Eliezer Marom, and two other ex-navy generals should also be indicted on similar bribery counts in the same case, better known as the submarine affair or Case 3000.

Shimron represented the German firm in the sale inside the occupied territories and is believed to have used his influence on Netanyahu to promote the deal in exchange for a hefty cut of it.

The police probe found he had received a total of 270,000 shekels “in fact for opening doors and influencing public officials to” facilitate the inking of the deal and promote the personal gains of Michael Ganor, a former ThyssenKrupp representative in Israel. Ganor has turned state’s evidence in the case.

The Israeli premier himself is not a suspect in Case 3000, but he stands accused of bribery, fraud and breach of trust in two separate corruption cases, which have rattled his administration and brought Netanyahu under much scrutiny.

The investigation’s results will now be submitted to the attorney general for a decision whether the suspects should be charged.

Thousands of Israeli demonstrators have rallied in Tel Aviv to demand the resignation of Prime Minister Benjamin Netanyahu.

Case 1000 revolves around illicit valuable presents received by Netanyahu and his family from billionaire benefactors, while Case 2000 looks into a suspected quid pro quo deal between the premier and Israel’s Michael Ganor newspaper.

The corruption cases have triggered numerous anti-Netanyahu protests in Tel Aviv and other cities in the occupied territories, with the participants calling on the scandal-hit prime minister to step down.