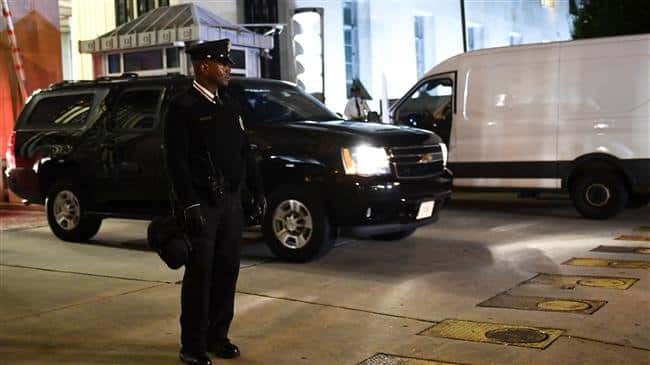 [ Editor’s Note: This had been expected. Now Sessions can begin working on his book full time for the 2020 election. We probably won’t be hearing much from him on the Mueller case, as he would not want to screw it up as a gift to Trump.

But I suspect that Mueller has kept his powder dry and is holding his cards until after the election when he would have the Democratic House investigative committees at his back.

I would not be surprised to see Mueller announce his investigation findings soon. You will read below the expected move to cut off funding that is expected. The House Dems are going to have a wonderful holiday season and a very happy New Year, and come back to work loaded for bear.

We should not automatically expect the Mueller news to be bad for Trump. He will not bring a weak case if he does not have the juice behind it.

Influencing political powers in Washington is an industrial business, but most people sign up as lobbyists. The biggest exception to that is the Israelis of course, and no one says a word when their influencing the US government is like their national sport, with never a bad call.

Mueller did not accept taking on this investigation to be pushed around or be made a fool of by a bunch of cheap politicians. But with a Republican Congress, he had to be very careful.

Also, not mentioned at all so far is Trump’s big mistake in not filling more government positions. The Dems will be spotlighting the hacks that have been put over big budget departments to wreck them, wizzing away taxpayer money.

I can’t wait for Trump’s State of the Union fairy tale address in January. It should be a doozie … Jim W. Dean ]

“We are pleased to announce that Matthew G. Whitaker, Chief of Staff to Attorney General Jeff Sessions at the Department of Justice, will become our new Acting Attorney General of the United States,” Trump said in a tweet.

“We thank Attorney General Jeff Sessions for his service, and wish him well! A permanent replacement will be nominated at a later date,” he added.

We are pleased to announce that Matthew G. Whitaker, Chief of Staff to Attorney General Jeff Sessions at the Department of Justice, will become our new Acting Attorney General of the United States. He will serve our Country well….

A US official said on Wednesday that Sessions was told he had to resign in a telephone call from John Kelly, the White House chief of staff, rather than Trump himself.

Soon after Trump’s tweets, an undated letter to Kelly made the rounds, in which Sessions said, “At your [Trump’s] request I am submitting my resignation.”

Sessions, a longtime Alabama senator and one of the key elements behind Trump’s surprise election win in 2016, ran the Justice Department for nearly two years.

He was one of the earliest supporters of Trump’s campaign but enraged Trump by recusing himself in March 2017 from investigations into alleged Russian interference in the 2016 election.

Following his recusal, the deputy attorney general, Rod Rosenstein, took over responsibility for the investigations. Later in May 2017, Rosenstein shocked Trump by appointing former FBI chief Robert Mueller as a special counsel to investigate the Russia case.

Trump has publicly slammed Sessions for recusing himself, claiming he ought instead to have protected the president against the Russia probe, which Trump calls a “witch-hunt”.

While Sessions and Rosenstein defended Mueller’s integrity, acting attorney general Whitaker appears to be more in line with the president’s view.

Whitaker, 49, who will take charge of the Russia inquiry, has publicly proposed choking off funding for Mueller’s investigation.

With Whitaker taking the role of acting attorney general, Mueller will be reporting to Whitaker rather than Rosenstein for at least a short period of time.

Sessions’ sudden departure from the administration has left some House Democrats openly wondering whether President Trump is trying to disrupt Mueller.

Minority Leader Nancy Pelosi, who will likely be house speaker come January, accused Trump of making a blatant move to throw off Mueller’s investigation into Trump’s alleged ties to Russia.

It is impossible to read Attorney General Sessions’ firing as anything other than another blatant attempt by @realDonaldTrump to undermine & end Special Counsel Mueller’s investigation.

She also said Whitaker should recuse himself from Mueller’s investigation, as Sessions had done.

Rep. Jerry Nadler (D-NY), who is poised to become the next chairman of the House Judiciary Committee, said the panel would be “holding people accountable” soon after a resignation was announced.

Americans must have answers immediately as to the reasoning behind @realDonaldTrump removing Jeff Sessions from @TheJusticeDept. Why is the President making this change and who has authority over Special Counsel Mueller’s investigation? We will be holding people accountable.

We are pleased to announce that Matthew G. Whitaker, Chief of Staff to Attorney General Jeff Sessions at the Department of Justice, will become our new Acting Attorney General of the United States. He will serve our Country well….

Adam Schiff (D-Calif.), a ranking member of House Intelligence Committee, also weighed in on Sessions’ departure, saying that Trump “wants an Attorney General to serve his interest, not the public.”

“Mueller’s investigation and the independence of the DOJ must be protected. Whitaker and any nominee must commit to doing both. We will protect the rule of law.”