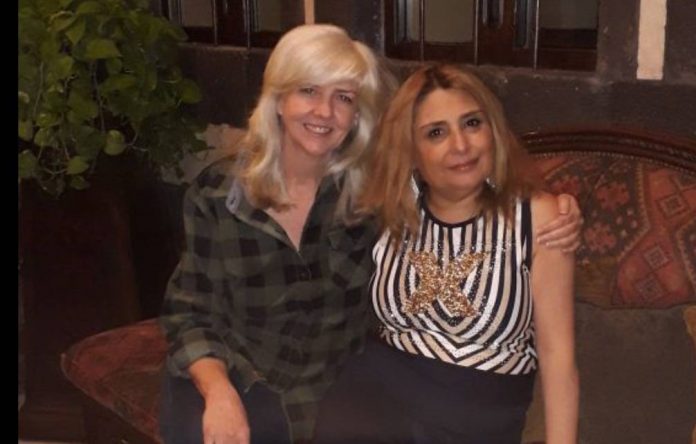 TEHRAN (Tasnim) – A peace activist and journalist based in the US state of Virginia deplored Turkey’s military presence in Syria’s Idlib province as illegal and said the country is the wild card in the ongoing international talks aimed at restoring peace to the Arab country.

“Turkey, of course, is the wild card and in Syria illegally like the Americans and their allies, so it is too arbitrary to try to foretell Erdogan’s plans,” Janice Kortkamp from Leesburg, Virginia, said in an interview with the Tasnim News Agency.

“With all the behind the scenes negotiations going on, it is difficult to have a confident opinion on specifics, though I am convinced that Syria will never accept a de facto extremists’ caliphate or Turkish occupation within their borders,” she added.

Janice Kortkamp became an independent, completely self-funded, journalist after “seeing Western media bias regarding Syria and how that bias was promoting war and destabilization in Syria and all the Levant”. She has researched the current crisis for six years, putting in over 7,000 hours of study. She has visited Syria five times over the past three years, spending months traveling around the major population areas and the outskirts of Damascus, Homs, Latakia (including Kessab), Hama, Palmyra, Deir Ezzor and Aleppo. She has also gone to Germany, Lebanon, and Kuwait to meet with Syrian refugees and emigrants. Through friends and contacts in Syria as well as reports from genuine news sources around the world, she tracks the situation on the ground in Syria on an hourly basis.

Tasnim: Turkey rejected on Tuesday Syrian government accusations that it is not meeting its obligations under an agreement to create a demilitarized zone around the insurgent-held Idlib region, saying the deal was being implemented as planned. Syrian Foreign Minister Walid al-Muallem said in comments reported late on Monday that Turkey appeared unwilling to implement the deal. What is your opinion about the comments and the future of the Idlib province, which with adjacent areas is the last stronghold of insurgents?

Kortkamp: With all the behind the scenes negotiations going on it is difficult to have a confident opinion on specifics though I am convinced that Syria will never accept a de facto extremists’ caliphate or Turkish occupation within their borders. I believe the final victory there will be achieved via a combination of both political and military solutions. There is also the attrition that is occurring as a result of in-fighting between the militant groups and many will probably evaporate. The number of civilians in the province is most surely greatly exaggerated as we’ve seen in previous “rebel” controlled areas and I guess the number to be closer to 1 million than the publicized 3 million. Safe corridors should be a priority for all in my opinion. Just as I’ve seen Aleppo, Homs and other areas liberated and coming back to life, I hope Idlib will be soon. The remaining issue then will be to end the US coalition’s illegal occupation and to finish Daesh completely. The biggest behind the scenes factor, of course, is Israel. The leadership there is feeling emboldened by the unquestioning support of the Trump administration and also they are in a panic at seeing Syria win the war and Hezbollah emerging stronger than ever.

Tasnim: A four-way summit on Syria recently ended in Turkey’s Istanbul without any major breakthrough. In a joint communique following their meeting, Turkish President Recep Tayyip Erdogan, German Chancellor Angela Merkel, French President Emmanuel Macron and Russian President Vladimir Putin called for “an inclusive, Syrian-led and Syrian-owned political process” and said conditions needed to be created for the safe and voluntary return of refugees. The comments came as the summit was not attended by any Syrian groups. What do you think about the summit?

Kortkamp: It isn’t surprising that no major breakthroughs came from this particular meeting; however the fact that France and Germany appeared willing to circumvent the US and participated is positive. France, of course, has been fully supporting the US illegal war against Syria and has even built its own illegal military posts. Germany has also been supporting the efforts of the US and allies to destabilize and weaken Syria using terrorist and mercenary proxy armies. The wording they agreed on is both negative and positive. While it’s good they agreed that it should be a Syrian-led and owned process, the addition of the word inclusive is troubling. Does this mean that Syria must include Muslim Brotherhood representatives, al Qaeda-affiliated and other groups who have committed horrific crimes against the people of Syria, or Saudi sponsored fundamentalists and traitors in a political solution? No rational country would accept that and so I doubt Syria will. Russia has been generally good about coordinating diplomatic efforts with Damascus and so the Syrians not being there isn’t necessarily a huge problem because at least none of the “opposition” were there either. However, obviously Russia has its own interests and so they can’t be viewed as a perfect substitute for the Syrian government in these matters. Turkey, of course, is the wild card and in Syria illegally like the Americans and their allies so it is too arbitrary to try to foretell Erdogan’s plans.

As for refugees returning, of course, that is already happening even though there are many complicated issues to work through as Syrians return. Syria has the right to determine how that is achieved in order to ensure that militants/terrorists are not also returning in order to create more violence and rebellion. Another complication is that property ownership and personal documents were often destroyed by “rebels” making reestablishing identity or property ownership a painstaking process. All of this will take time and huge effort but great progress is being made in spite of the ongoing war and according to the Russians, about 1.4 million Syrians have already returned home.

Tasnim: Iran, Russia, and Turkey – the three guarantor states of de-escalation zones in Syria – have held several rounds of peace talks in Kazakhstan’s Astana and elsewhere to help end the conflict in the Arab country. The fourth round of those talks in May 2017 produced a memorandum of understanding on de-escalation zones in Syria, sharply reducing fighting in the country. What is your assessment of the parallel talks between the three countries on the Syrian crisis and Tehran’s role in the peace process?

Kortkamp: The talks in Astana have provided the only effective diplomatic efforts regarding reducing violence and ending the conflict. Syria is much safer in most areas since the war began. I’ve traveled to many of the liberated areas and been surprised to see how quickly rebuilding of infrastructure and restoring of society is occurring; it is quite dramatic. Thanks to the fight and sacrifices of the Syrian Arab Army and clear stand of the Syrian government, combined with the military and diplomatic assistance of Syria’s allies Iran, Hezbollah and Russia – and the many sacrifices of their own – life in Syria is getting measurably better and more normal each day. I believe over time Syria’s victory will contribute greatly to stability in the region overall.