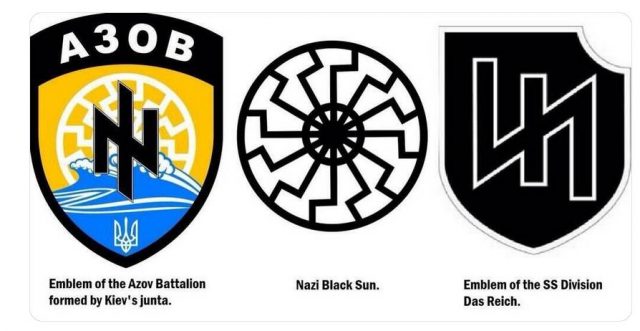 Four members of the “Rise Above Movement” (RAM), described by the FBI as a “white supremacy extremist group” were indicted for conspiracy to riot over the August 2016 violence in Charlottesville, Virginia, among other things. In the affidavit, signed by FBI Special Agent Scott Bierwirth, 28-year-old Robert Rundo is said to have traveled to Germany, Italy and Ukraine in the spring of 2018.

Rundo allegedly met with Olena Semenyaka, one of the officials of the National Corps – a political wing of the Azov Battalion.

Based on my training and experience, I know that the Azov Battalion is a paramilitary unit of the Ukrainian National Guard which is known for its association with neo-Nazi ideology and use of Nazi symbolism, and which is believed to have participated in training and radicalizing United States-based white supremacy organizations,” says Bierwirth, who was an officer in the US Army prior to joining the FBI.

The Azov Battalion started as a paramilitary group comprised of right-wing nationalists but is now part of Ukraine’s Interior Ministry. It has patronage in the Ukrainian government, with its former commander Andrey Bilitsky now serving as member of the national parliament.

The UN’s High Commissioner for Human Rights reported that members of the Azov Battalion were allegedly involved in various crimes during their deployment to fight anti-government forces in the east of Ukraine. These included looting, unlawful detention, rape and torture.

Azov is by far the most notorious of the “volunteer battalions” established in 2014, after several regions of Ukraine refused to submit to the new government following a US-backed violent overthrow of the president in Kiev. Its logo features the Wolfsangel (Wolf’s Hook), which the Nazi party originally used as its symbol, and the Schwarze Sonne (Black Sun), a symbol created by the SS leader Heinrich Himmler and representing twelve “sig runes” of the notorious Nazi organization.

While the US Congress tried in 2015 to outlaw providing any US aid to Azov, the Obama administration got rid of that provision in the 2016 defense bill. In any case, by that point the unit had already been officially incorporated into the National Guard. It is currently eligible for “lethal assistance” authorized by the Trump administration in December 2017.

Though it has long been known that Azov and other Ukrainian militias have attracted volunteers with neo-Nazi sympathies from around the world, this is the first known instance in which the US government has claimed the militia is involved in training and radicalizing American extremists.