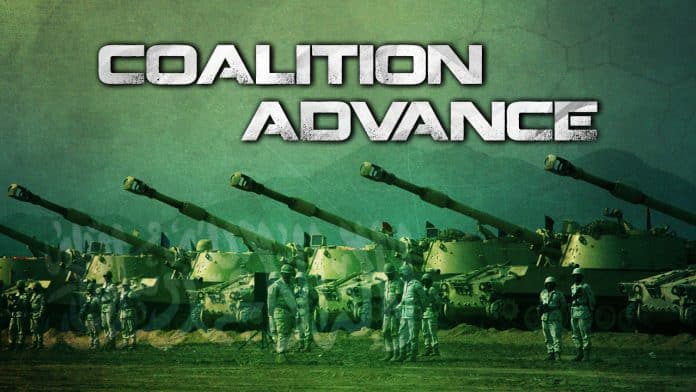 On November 3, the Saudi-UAE-led coalition kicked off a new large-scale military operation to capture the port city of al-Hudaydah from the Houthis and their allies. Prior to that the coalition had concentrated several tens of thousands of troops and a few thousands of various military equipment on frontlines near the city.

Using their advantage in manpower, military equipment and firepower, coalition forces had reached the eastern, western and southern entrances of al-Hudaydah by November 8. However, coalition-led troops were not able to capture the al-Hudaydah airport, which remains a key strongpoint fr the Houthis.

According to Sky News Arabia, over 70 Houthi fighters and commanders have been killed since the start of the offensive. Pro-Houthi sources say that about 200 coalition fighters were killed and up to 300 were injured during the same period. Additionally, the Houthis reportedly destroyed up to 20 vehicles.

It’s interesting to note that Brigadier General Yahya Sari, a spokesman of the Yemeni Armed Forces, which are allied with the Houthis, stated that the coalition advance to capture al-Hudaydah had been repelled. However, this is a kind of wishful thinking given the current situation.

The coalition front east of the city is overstretched and vulnerable to attacks. Nonetheless, al-Hudaydah is at least partly encircled and while coalition forces maintain their positions east and southwest of the city, they pose a significant threat to the Houthis and can develop their advance further.

If the coalition were to capture al-Hudaydah, it would be the first major coalition success since the start of the year. The port city is a key logistical hub allowing the government to supply the Houthi-controlled area with food and medicine as well as other supplies.