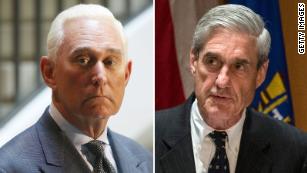 Mueller’s team defends his authority in court amid Justice Department shakeup
The report adds new details to Cohen’s comments in court when he pleaded guilty in August, in which he said the payments to the women were coordinated with Trump.
Trump was involved in or briefed on nearly every step of the payments that were made to former Playboy model Karen McDougal and adult film actress Stephanie Clifford, who goes by the stage name Stormy Daniels, to keep quiet about their alleged affairs with Trump, the Journal reported, and the US Attorney’s office in Manhattan gathered information about Trump’s participation.
The transactions may have violated campaign finance laws.  (Editor’s note:  Trump’s presidency is in the balance in the use of the word “may.”  )
The 22-page document prosecutors ultimately filed against Cohen alleged that he coordinated with one or more members of the Trump campaign. In court, Cohen admitted that “in coordination and at the direction of a candidate for federal office,” he kept information that would have harmed Trump from becoming public during the 2016 election cycle. 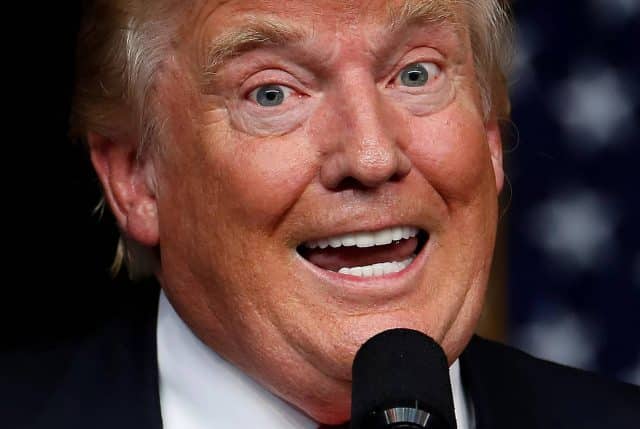 Sputnik/Moscow: (A softened version, there has been continuous Russian pandering to Trump, sickening)

US President Donald Trump played a vital role in keeping alleged mistresses Stormy Daniels and Playboy model Karen McDougal from speaking out about their sexual encounters, according to a Wall Street Journal report published on Friday.

Citing roughly three dozen people with direct knowledge of the hefty hush payments made to Daniels and McDougal, the report states that Trump was involved in “nearly every step” of the nondisclosure agreements that the pair signed ahead of the 2016 presidential election.

Trump reportedly initially kicked up talks with his longtime friend David Pecker, the CEO and chairman of American Media Inc (AMI), which publishes the National Enquirer, in August of 2015 regarding how AMI could help him out while he was on the campaign trail.

The pair later came to the agreement that AMI would essentially engage in a “catch and kill” practice, where AMI via the National Enquirer would buy the rights to stories that painted Trump in negative light and just not publish them.

News of the practice was previously highlighted in a 2016 article by the Journal that discussed how AMI purchased the rights to McDougal’s story in exchange for $150,000. The latest WSJ report indicates that it was Trump who reportedly reached out to Pecker after AMI had tipped off his former lawyer Michael Cohen about the McDougal story.

The Journal reported that prior to AMI forking the funds over to McDougal, Pecker took the initiative and met with an election law expert to cover his bases and make sure that he wasn’t at risk of violating any campaign finance laws.

It’s Trump’s participation in the deals that raises the question of whether the then-candidate may have violated federal campaign finance laws, the Wall Street Journal reported.

Lawrence Noble, a former general counsel for the Federal Election Commission, told the Washington Post that in order to prove that campaign laws were violated, there needed to be evidence that the money was paid to protect the campaign; that it was in excess of the $2,700 contribution limits; that the funds came from prohibited source; that the contribution was not properly reported; and that the violation was committed knowingly and willfully.

Although Trump has repeatedly denied ever having knowledge relating to the hush payments, the Journal reported that the US Attorney’s office in Manhattan, which previously prosecuted Cohen, presently has evidence of Trump’s role in the payments.

“This further confirms what we have been saying and alleging for months,” Michael Avenatti, Daniels’ lawyer, wrote on Twitter in response to the WSJ article. “There can be no question now as to the validity of our allegations. I look forward to the apologies directed at my honest and heroic client Stormy Daniels.”

“In light of the sworn testimony and evidence relating to the payment to my client and Trump’s involvement (confirming our allegations), we are calling for the immediate indictment of the president. No one is above the law in the United States,” Avenatti said in a follow-up tweet.

The latest development comes months after Cohen pleaded guilty to eight charges that included tax fraud and making false statements. At the time, Cohen added fuel to allegations that indicated Trump knew about the hush payments, testifying in court that the at the direction of “the candidate for federal office” he arranged payments “for principal purpose of influencing election.”

McDougal was ultimately released from her nondisclosure agreement in April after she filed a lawsuit claiming that AMI misled her about the terms, CNBC reported. Daniels is still trying to break from her own NDA.