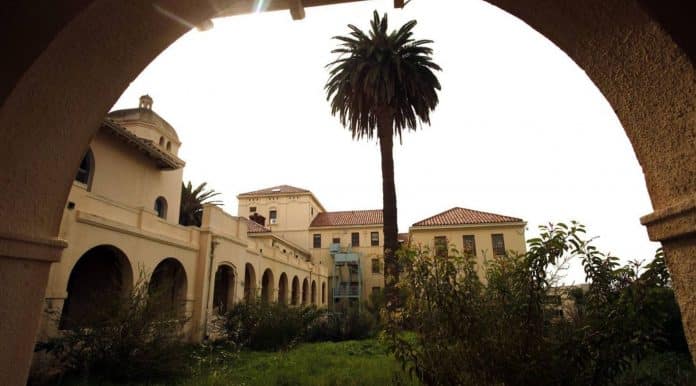 Regarding your front-page article today’s “California” Section:
“It’s too easy for vets who need help to go without”

It’s absolutely shameful how you use your article to deceive and mislead readers implying that you supposedly care about Veterans, particularly with PTSD, when it in actuality you make it a political hit-piece for gun control. Shameful, absolutely shameful!

And how about respectfully calling those who have served in our U.S. Military “Veteran” with a capital V, and not “vet,” which is a place to take sick animals.

Where’s your article about the VA Office of Inspector General’s recent 120-page report that exposed more than 60% of the Los Angeles VA’s land use deals are either illegal or undocumented? This is criminal and many people (co-conspirators) need to be indicted, prosecuted and incarcerated for defrauding disabled and homeless Veterans.

There’s a reason Veterans don’t get the help they need and it’s because “reporters” like yourself at the LA Times and other local media refuse to tell the Truth because you all answer to the wealthy and powerful non-Veteran elite who control the largest VA in the nation as their own fiefdom, while Los Angeles remains our nation’s capital for homeless Veterans.

Just another scurrilous and misleading insult!

It is estimated that every day across America, 22 Veterans on average take their own lives, yet when has the LA Times ever written about this like you’ve done today, or written about the all the Federal VA land that the non-Veteran elite steal and defraud from disabled Veterans?

David Long, the Marine Veteran who was the shooter in the recent night club tragedy in Thousand Oaks served with honor in Afghanistan.

How many job openings do you suppose the LA Times lists in their want-ads for his Military Occupational Specialty — a machine gunner?

We take innocent young men with no police record and then spend billions of dollars teaching them to be trained killers in foreign countries to fight the enemy and when they’re discharged, there’s no deprogramming.  They’re sent back into civilian life in the USA to figure things out on their own.

This unfortunate Thousand Oaks tragedy should be an eye-opener as it certainly underscores what the Old Veterans Guard has been advocating for more than a decade — restore this sacred land as a “Home” for fellow Veterans who suffer from war injuries.

It’s time to merge the VA into the Department of Defense and end the most bloated, dysfunctional and corrupt bureaucracy in government.

If you served in the Marines, the Marines should take care of you, etc., same with all Military Branches.

Students attend high school and college and then upon graduation are not told to report to the Department of Education if they have any issues in life.

Most all can get some sound counseling, advice and camaraderie from their Alma Mater teachers, principals, coaches, etc., and the same should go for our Veterans.

Instead, the local non-Veteran elite have more privileges and control at the Los Angeles VA than the tens-of-thousands Veterans who need constant healthcare help, contrary to your bogus title “It’s too easy for vets who need help to go without.”

Correspondingly, it’s time for you to either write the Truth about all the crime, corruption and defrauding of disabled and destitute homeless Veterans at the Los Angeles VA or remain quiet and stop the deception, lying and political grandstanding.

Make no mistake, War is Hell!

Whether America’s Military men and women are fighting a war or trying to heal from fighting a war, it’s always hell because the war never ends.

When our U.S. Military Troops go to war, they serve under the Department of Defense as highly trained professional warriors who are equipped with the finest defense weapons in the world to defeat the toughest enemies in the world.

After returning from war, they are supposed to be served by the Department of Veterans Affairs (VA) with the finest healthcare facilities and treatment in the world. But instead of healing from war, America’s Military Veterans are fighting some of life’s toughest battles, day-by-day, just to survive in the country they defended.

Unfortunately, these battles are not fought as a collective and supportive Military Branch or Unit, but as one lonely Veteran at-a-time against a multitude of feckless and corrupt VA bureaucrats — the domestic enemy.

To make matters worse, Veterans are not trained to fight personal “David vs. Goliath” wars with our own government, and they have no protective force or weapons of defense in these endless and tiring battles.

As time goes on, their warrior and survivor skills diminish and their sense of victory becomes hopeless while their opponent keeps getting bigger and more powerful. Tragically, every year more than 7,500 Veterans in the USA voluntarily surrender and take their own lives … victims of bureaucratic battle fatigue.

Their solace is found in Plato’s prophetic claim more than 2,500 years ago: “Only the dead have seen the end of war.”

Mr. Lopez, Marine Veteran David Long didn’t have “outbursts” as falsely exploited on the front page of the LA Times.

No, Mr. Long was crying out for help.  He lived at “home” with his mother who did not understand him. Where was he to go and who was he to talk to?

There’s a reason the land at the Los Angeles VA was exclusively deeded more than 130 years ago to the U.S. Government — to be permanently maintained as a National Home for disabled Veterans — and that’s because this would always provide an exclusive place where our war-injured Brothers and Sisters could talk and live as a Family and help one another.

Instead, there are “case managers” who never served in the Military and wouldn’t know which end of a rifle to hold.  And more than likely, they are anti-gun advocates like yourself and  have little sympathy toward Veterans such as Mr. Long who was “a machine gunner.”

Instead of a Home, there’s the 10-acre UCLA baseball diamond that is supposed to magically offer “therapy” for our disabled Veterans.

There’s the private and wealthy Brentwood School with their own 23-acre sports complex instead of a sports and fitness complex for disabled Veterans.

There’s the City of LA’s 12-acre, rent-free public dog park on this sacred land while war-injured Veterans live at skid row and behind dumpsters in back-alley squalor.

Did I mention Los Angeles is our nation’s capital for homeless Veterans and the VA OIG has a 120-page report exposing rampant illegal use of land that was exclusively deeded as a National Home for disabled and disadvantaged Veterans?

Lastly, Mr. Lopez, guns do not kill people. People kill people with their own weapon of choice, whether it’s knives, beatings, poison, etc.

Mr. Lopez, do not ever again deceivingly use our war-injured U.S. Military Veterans to promote your unilateral political agenda for gun control!

“Save Our Veterans Land” and “Bring Our Homeless Veterans HOME”