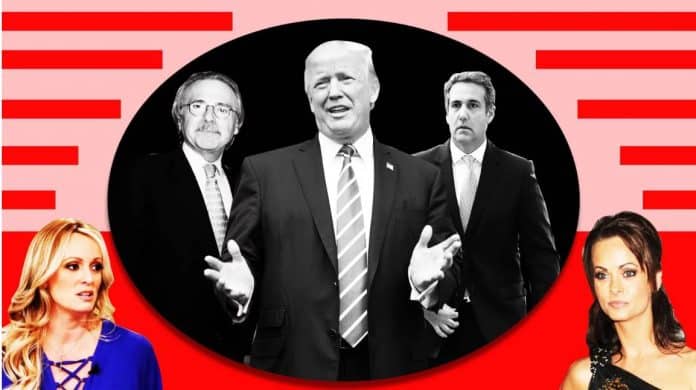 Friday’s in-depth Wall Street Journal report suggests the U.S. Attorney’s Office of the Southern District of New York and the FBI appear to possess evidence of Donald Trump’s involvement in a criminal scheme that helped get him elected president.

This raises serious questions about what comes next, particularly in light of Trump’s appointment of Matthew Whitaker, a political loyalist, as acting attorney general.

Trump played a central role in hush-money payments made to Karen McDougal and Stephanie Clifford during the 2016 presidential campaign, the Journal reports, adding more detail to the case of Michael Cohen, Trump’s former fixer-lawyer who pled guilty to federal campaign finance violations in the Southern District in August.

Recall that when Cohen pleaded guilty in federal court, he stated under oath that he had made the payments “in coordination and at the direction of a candidate for federal office”—many assumed that that candidate was Trump, of course.

We now know from the Journal that the person who directed Cohen in this criminal scheme was, indeed, Donald Trump. The charging document to which Cohen pled guilty states that he “coordinated with one or more members of the campaign, including through meetings and phone calls, about the fact, nature, and timing of the payments.”

The Journal reports that “[t]he unnamed campaign member or members referred to Mr. Trump, according to people familiar with the document.”