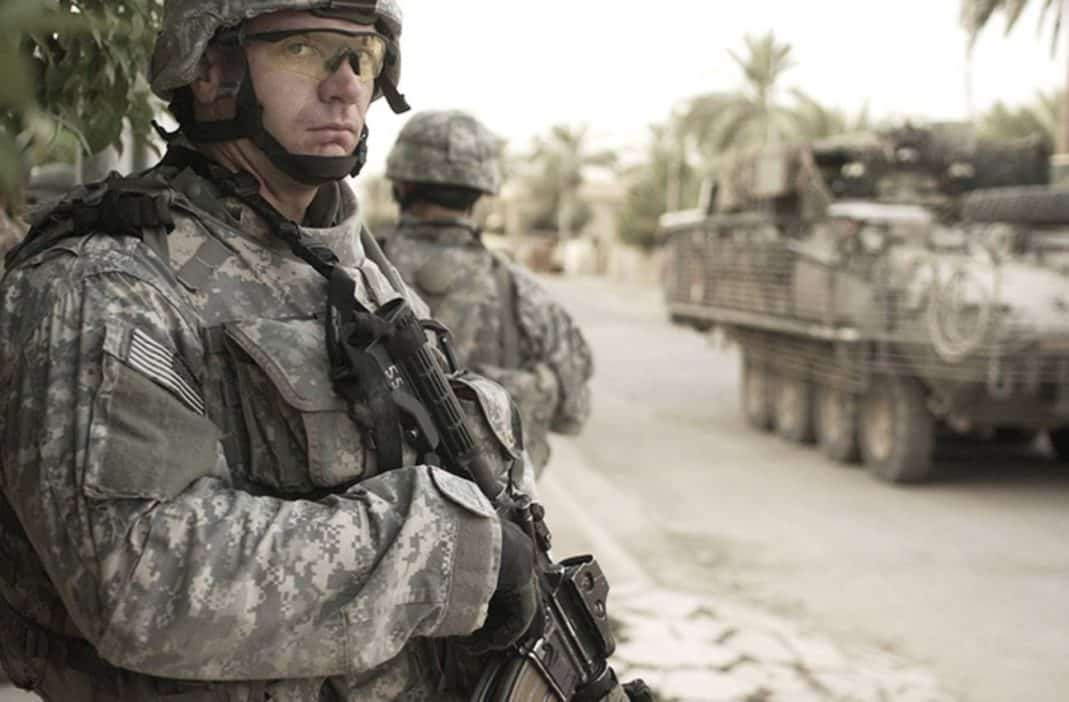 Everyone knows America is bankrupt, $21 trillion in debt, adding a trillion a year to that figure under Trump’s voodoo economics. Yet, America is on not just a massive military buildup, but expanding its global military presence at levels not seen since the end of World War II.

Is America controlled by an international cabal of “loan sharks?”

Everyone knows America’s military is beaten, worn down, “in over its head” in Afghanistan, defeated time and time again every time America has entered a battlefield, every conflict since Korea and Vietnam.

Is a game “afoot” as Sir Arthur Conan Doyle would say of his fictional hero, Sherlock Holmes? What is America’s game? “We shall see,” quoting Dr. Watson, Doyle’s fictional “sidekick.”

America under Trump is escalating military confrontations with Russia and China. Global arms races are ramping up as former conventions limiting weapons are tossed aside and even the militarization of outer space is “on the table.”

Why now? Who can win when war can only mean planetary destruction? Can it all simply be fake? Let’s examine these questions and more. We begin with a look at the world we were dealt with the end of the Cold War.

You see, the old paradigms of endless vigilance, endless conflict, great standing armies, economies dependent on irrational defense posturing, not only exist, they define our era.

In order to inject a tone of reality, we must reject, out of hand, the post 9/11 “global war on terror” as contrived. America’s behavior in Yemen, Syria, Afghanistan, Libya, the CIA’s “ham handed” puppeteering of al Qaeda and ISIS is inexcusable as even third-rate drama.

The Syrian and Russian people aided by Iran and Hezbollah put an end to that neocon farce though Washington and Tel Aviv haven’t yet gotten the message.

Now, something else is going on, a different war, certainly in some ways a world war but one where defining winning and losing isn’t going to be easy. The losers won’t be hanged after fake war crimes tribunals, there will be no occupation armies, no treaties redefining the world map under the watchful guise of Europe’s ancient banking masters as we saw twice during the 20th century.

There will be no world wars, there are no enemies like in the past, no rival royal families, no real democracies left to oppose imaginary tyranny, it’s all memory, nothing more.

Replacing it, and war continues, not just as before but as never imagined, is something very different. Analysts tell us about war as economics, about “globalism” and the new low and medium intensity conflicts that break all the old rules.

Analogous to this is the same old fake “white hat vs black hat” or “East vs West” struggle, as though a real NATO, long a shadow of its former self, and a “communist bloc” still existed. Before that, two world wars killed off generations based on similar coalitions, struggles for world resources overtly, always something darker underneath, hypocrisy, propaganda, leaving the root causes for conflicts unknowable.

There is another question that, though never asked, as we so often note, must be addressed. How can a bankrupt nation keep borrowing and yet keep falling further and further in debt? Why would America’s currency be the world’s primary vehicle of trade, America’s trade protocols the world’s standard when America herself is unable to manage affairs at home?

Were one to examine the visible currency reserves banks claim to hold, including the US Treasury certificates held by three dozen nation states to varying degrees, the wherewithal to underwrite the drowning American economy simply doesn’t exist.

The money isn’t there, no bank has it, no government could, would or should invest in America, so who is paying for America’s war on the world?

Moreover, what if, and this is where we move into more “unspoken ground” as it were, those who underwrite America’s debt, including and especially the trillion-dollar military budget, were those who rig the elections, bribe the congressmen, compromise the corrupt “perfumed princes of the Pentagon, to quote Colonel David Hackworth, what if?

There, we’ve done it, we are looking under rocks for secret cabals, treading on ground that has given way under veritable armies of academics and experts who had trod the same paths we do now.

This opens another door. If America can’t exist as it does, a “fake democracy,” without secret infusions of cash that can’t possible exist under known economic principles, where do we go from here?

One method is to watch, to observe, look for patterns and ask the age-old question, “que bono,” who benefits? Is it a cabal of oil companies and bullet makers?

Then we look at the scope of America’s military moves, pushing NATO into Georgia and Serbia, perhaps to Armenia and Afghanistan. We see new American bases in Poland and Romania, Belarus targeted, Marines in Norway.

Drone bases now dot the African Sahel. American bases dot Syria and American carrier battle groups, all funded with “impossible money” from unknow sources, prowl the seas challenging any and all and we still ask the same question, who benefits?

After speculation, we must return to what we know, what we observe, what can be safely assumed. We see American confronting China and Russia. What is clear to the most casual observer is how blatantly America is pushing both nations to redirect national resources toward defense.

The result of the financial collapse of the Soviet Union may well have been a hidden collapse of the US. It is almost as though a bill has become due, but the date of collection has been put off as long as Americans are willing to die in wars around the world on behalf of the international cabal of “loan sharks” who seem to be pulling the strings.