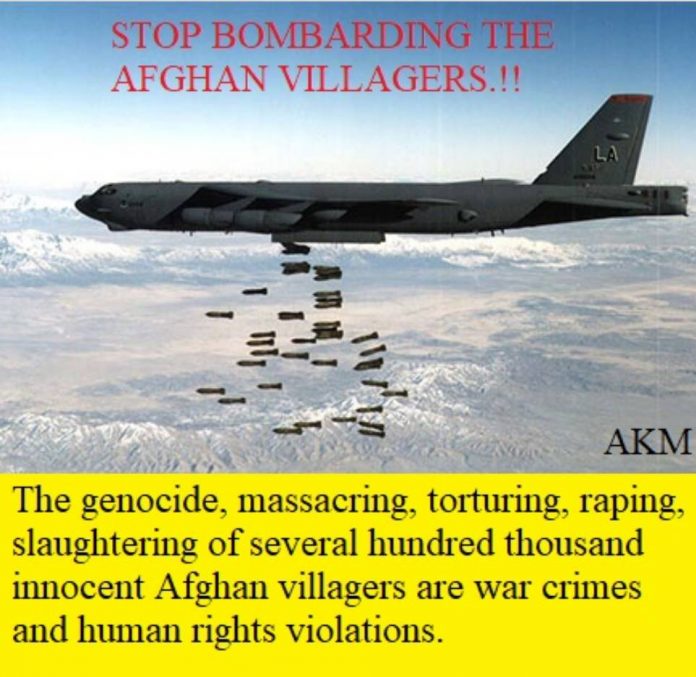 RE: Moscow Peace Conference Opens the Wounds and Memories of the Afghans Regarding the War and Occupation by the Soviet Union in the 1980s. Khalilzad and the Northern Alliance War Lords Are an obstacle to peace. The U.S. ethnic cleansing policy being implemented in Afghanistan is wrong and must stop.

During these past seventeen years on numerous occasions, I informed the Department of State, my U.S. senators and representatives from Michigan that the billionaire war profiteer Zalmay Khalilzad is an obstacle to peace. His policies are responsible for the millions of Muslims deaths and destruction of Muslim countries in the world. He does not want or care about peace. The majority of Afghan villagers do not trust nor like him. The Afghan freedom fighters do not trust him, which the United States’ government knows. There is more money to be made by the greedy war profiteers when there is war and division rather than peace. There is no incentive for war profiteers to find a true peace solution. Using Khalilzad as a so-called peace negotiator is just a farcical show to make the world think there is a sincere attempt at peace by the United States. When the Trump Administration appointed Khalilzad I realized that true peace was not the United States’ goal and that the division of Afghans, dealings with North Alliance’ war lords like Rashid Dostum and Atta Noor and ethnic cleansing are the desired outcomes. The U.S. ethnic cleansing policy being implemented in Afghanistan is wrong and must stop. 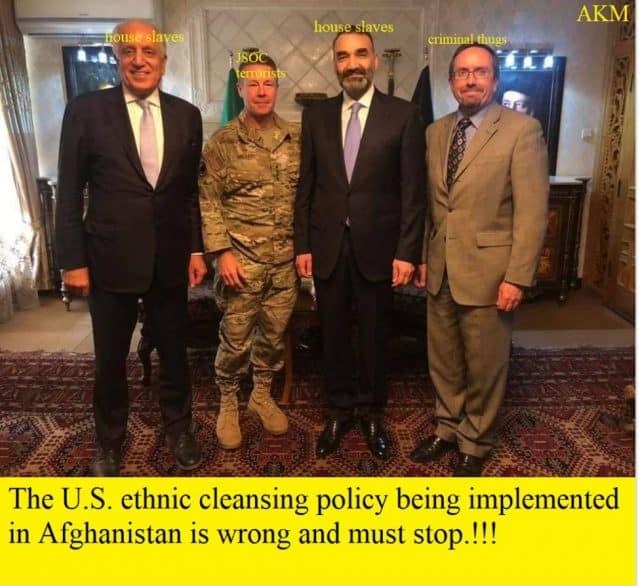 As I have stated numerous times, I am gravely concerned that Russia is gaining influence in Afghanistan again. Any involvement of Russia in Afghanistan in any way upsets me greatly because I fought the Soviet Union and Afghan communists in the 1980s. I do not want the Afghans to do any kind of talks for peace in Russia with the Russians because they are the reason Afghanistan was destroyed. Then I found out a U.S. official was at this Moscow meeting acting subservient to Russia. 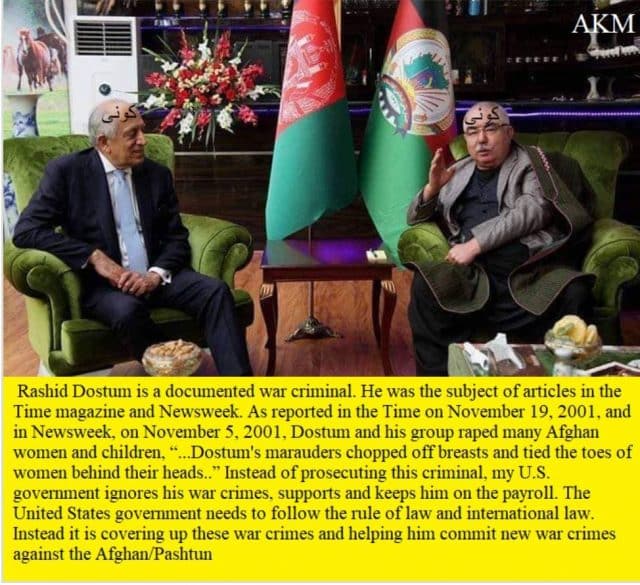 This longest illegal war and occupation must end. In 2000, the United States had a $236 billion dollar surplus. Presently, the United States government is almost 22 trillion dollars in debt (See US National Debt Clock). The U.S. war in Afghanistan with its corruption and greed of war profiteers has contributed greatly to this financial crisis. The U.S. is not winning the war. As history has shown, it cannot win. It has failed. The recent U.S. funded election, U.S. “selection” in Afghanistan has failed. The purpose of this “selection” is to divide and conquer the Afghan people with Afghans killing Afghans and ethnic cleansing. The Afghan villagers are realizing that the U.S. is using the divide and conquer tactic to create ethnic cleansing among them. 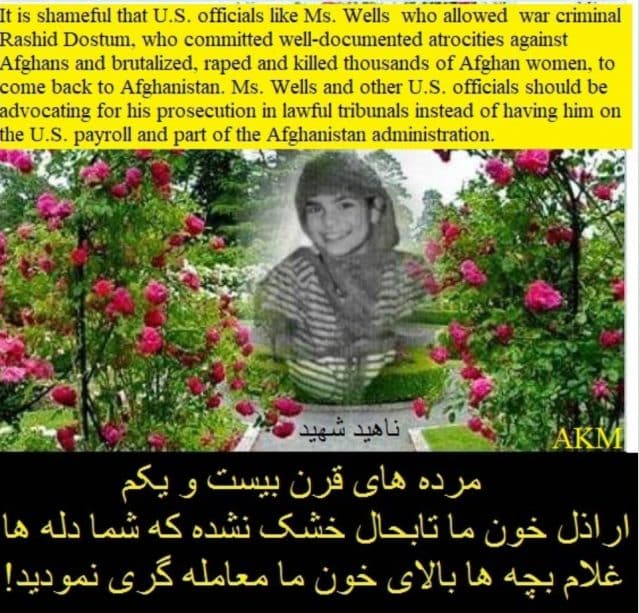 The United States government did not like the outcomes of the recent talks held in Moscow regarding peace in Afghanistan. Russia, China and neighboring countries of Afghanistan indicated that the United States must leave Afghanistan. Many participants also blamed the U.S. for Daesh. Almost immediately after these talks, Zalmay Khalilzad, General Miller and the U.S. Ambassador John Bass met with the Northern Alliance warlords Atta Noor and communist war criminal/warlord Rashid Dostum to discuss the possibility of establishing an interim government. The U.S. government knows it wasted money on the recent parliamentary elections in Afghanistan, which were ridden with systemic fraud and has not led to legitimate results. The U.S. knows the announcement of the results will lead to chaos and back fire. The upcoming Afghan presidential election will be more of the same. There can be no democratic elections in a country that is occupied and corrupt. It has not worked and will never work. It is not acceptable for the Afghan villagers, who are the majority. 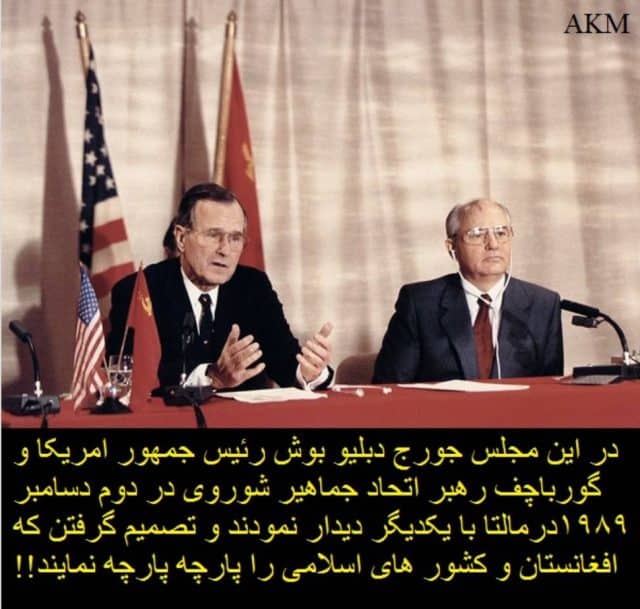 It is a mistake for the current U.S. Administration to follow Khalilzad and again look to the Northern Alliance warlords/ war criminals for an interim government solution. The warlords only want division and ethnic cleansing like in the 1990s because with war they make money and continue with power. The Afghan villagers are now aware of what Khalilzad and the warlords want. The Afghan majority will not let itself be divided again like in the 1990s and during these past 17 years. The divide and conquer policy will not work anymore. This interim government approach, which reliesupon Northern Alliance warlords, which represent the ethnic minorities, will not work. 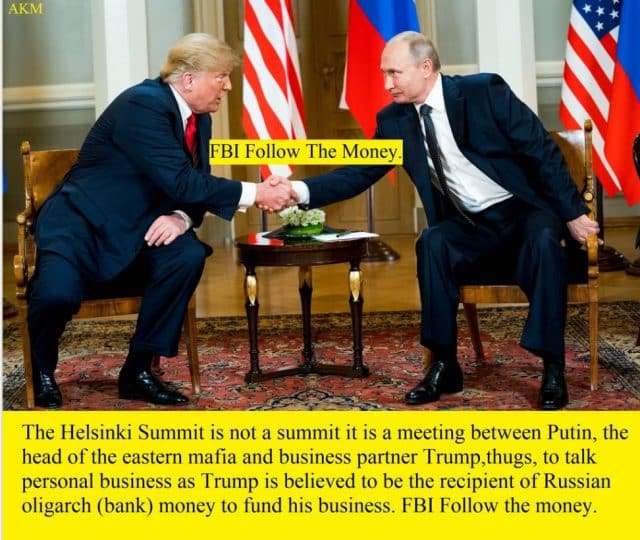 For the longest U.S. war to end, the first step is for a panel of educated Americans, who are not war profiteers nor part of the military, to meet with a panel of educated Afghans, who are not war profiteers nor part of the military or Afghan Administration, to listen and to take suggestions from Afghans from all sides in order to find a path for true peace. It is in both Afghanistan’s and the United States’ interests not to allow Russia or China to gain control over the Afghans’ vast deposits of Rare Earth Elements (REEs). After this initial phase then there needs to be talk about the eventual withdrawal of U.S. and other foreign troops from Afghanistan. However, the bombardment and war against the Afghan /Pashtun villagers in the Pashtun areas must stop immediately. It is much better if the United States has the Afghan/Pashtun majority on its side.

The second step of this process would require Afghans among themselves to meet and discuss how to solve their own problems and find a resolution for peace without any outside interference from and no involvement of foreign countries, war lords, and war profiteers like Zalmay Khalilzad. Afghans must be left alone to find their own path to peace and reconciliation. It is obvious that outside interference in Afghanistan’s internal affairs has not worked. During these past four decades, superpowers’ wars and occupation have not worked. As history has shown, this longest war cannot be won.

American Afghans are willing to be the bridge in these negotiations. I along with members of our peace group are willing to be the bridge. I strongly believe the first step in this peace process is to withdraw U.S. forces from Afghanistan. Maintaining or increasing troops will only continue and even escalate this war. I ask you for your help so that this ugly war can end in an honorable way for the United States and Afghanistan and true peace can be achieved in Afghanistan.

If America is to be great again it needs to end its ugly war in Afghanistan in an honorable way. This war does not make America great. It makes America a war monger and very much in debt. I along with other educated American Afghans can be the bridge to peace to end this war (see my biography). Michigan has a strong connection to the Afghans. In the 1980s, when the Soviet Union invaded Afghanistan and waged war against the Afghan civilians, Sister Eugene of Borgess Hospital in Kalamazoo, Michigan, along with Dr. Fabi, Dr. Ramos and other staff, allowed me to bring 12 Afghan children, who were severely wounded in the war, to Borgess Hospital for free treatment. Mary Freebed Rehabilitation Center in Grand Rapids, Michigan also donated services for rehabilitation. I can be that bridge again. Do not repeat the mistakes of the past 17 years. I am very concerned about the future of my homeland, the United States, and my motherland, Afghanistan. I do believe that the U.S. Department of State can bring peace in Afghanistan with new policies and new players, who are not war lords, war profiteers and defintely not former Afghan communists. It definitely will not happen with Khalilzad’s involvement in the process.

Ms. Wells, for true peace for the future generations of Americans and Afghans, remove Khalilzad and change the United States’ approach.