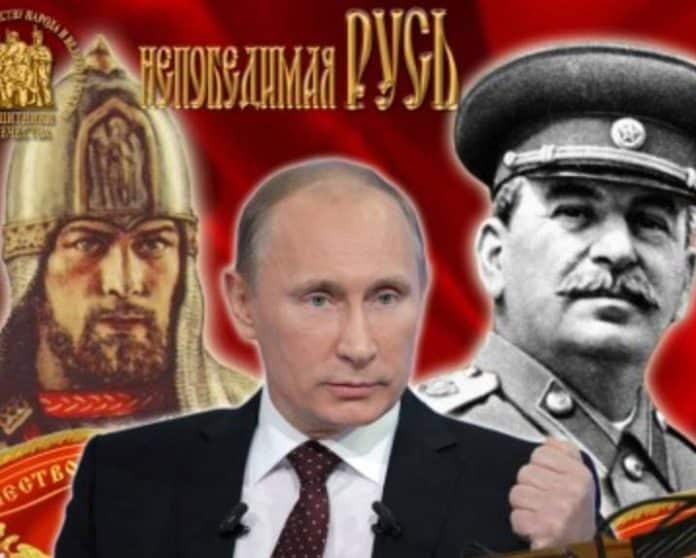 Many neoliberals are under the impression that communism failed due to wasteful economic policies adopted by the former Soviet Union. Economic weakness must have played a role, but it was only secondary to the primary role played by politics and a desire for enfranchisement in three-quarters of a century old autocratic political system, especially among the non-Slavic population of the erstwhile Soviet Union.

If we take a cursory look at the history of the dissolution of the former Soviet Union in December 1991, it appears that the communist system collapsed due to Mikhail Gorbachev’s liberalization policies of Glasnost, or openness, and Perestroika, or restructuring.

The Glasnost phenomena is especially important because it sheds light on the impact of new technology on the social and political life of a country. The late 1980s was the era of the emergence of satellite television in the developing world and it coincided with the political developments in the former Soviet Union. The impact of relatively independent media, such as privately owned television channels and radio stations, cannot be underestimated in creating awareness among the masses.

Marxism as it was practiced in Russia and China was barely disguised Slavic and Han nationalism, respectively. Gorbachev wanted to liberalize and democratize the bureaucratic Bolshevism in Russia gradually, but such was the level of frustration felt by all other nations of the erstwhile Soviet Union besides Slavs that things slipped out of control.

In a momentous coup plot on 19 August 1991, Gorbachev’s vice president, prime minister, defense minister and KGB chief put Gorbachev under house arrest. The coup organizers expected some popular support but the public sympathy in large metropolitan cities was against them.

The attempted coup failed after three days and Gorbachev returned as the President of the former Soviet Union, but not only the power of the president but also the invulnerability of the Communist Party and the Soviet armed forces and intelligence apparatus were compromised in the eyes of wider public. A failed coup plot is always a recipe for disaster because it compromises the deterrence value of power projection which is more about tacit intimidation than actual use of excessive and violent force.

Marxism aspires for the lofty ideals of social justice and the establishment of a classless and stateless society, but it fails to offer a modus operandi for the realization of those goals. It leaves everything to the bureaucratic cadres of the communist party’s ideologues. But the accountability of those ideologues can only take place in a top-down manner, not in a bottom-up manner, because they are not held accountable to the people over whom they are supposed to rule.

China is different from Russia due to its cultural homogeneity: 90% Chinese are Han Chinese who speak the same language and share a similar culture. Due to this reason, it may not collapse like the erstwhile Soviet Union, but it must create a representative political framework to function democratically and in an accountable and transparent manner.

Here let me confess that I am indebted to inimitable Karl Marx for his unprecedented critique of the capitalist exploitative system and his numerous concepts pertaining to economic theory and labor rights. But at the same time, I will dare to question Marx’s flawed sociological analysis. His “dialectical materialism” is akin to social Darwinism. Individuals, even analytical philosophers, are socially constituted and socially situated, and apparently the mindsets of Marx and his disciples were structured by their European cultural and historical experience.

This fact alone is a sufficient proof of the European cultural hegemony on the rest of the world – not only the thesis but the anti-thesis must also have European cultural roots in order to gain traction among social elites of the Western world. The Marxists fail to appreciate the fact that there are two kinds of divisions: vertical divisions on the basis of class and horizontal divisions on the basis of ethnic, linguistic and cultural groupings, which might also have legitimate ethnic and cultural aspirations.

Moreover, after carefully observing ideas and worldviews of disparate groups of socialists around the world, I’ve reached a conclusion that there are two separate and distinct classes of socialists. Idealist Marxists generally are the erudite and highbrow intellectuals of the developed Western countries; whereas national socialists mostly are the Russian, East European, Chinese and sometimes Latin American nationalists.

Regarding the New Left, although it seems revisionist, I prefer the evolutionary, non-violent and nuanced approach of the New Left over classical Marxism. I have noticed only one serious deficiency in the New Left creed, however. Instead of being single-mindedly labor-focused, they waste their time and efforts on a wide range of tangential issues.

And the way I see it, it isn’t their fault. When a Western Marxist looks around him, he doesn’t finds an exploited class; the labor is already well paid and there is no need for further labor reforms. Thanks to the North’s exploitation of the South, the general state of national economies in the developed West is robust, and dollar, euro and pound can buy anything; that’s why, the Western Marxists find time to take interest in marginal issues.

Due to the neocolonial global economic order, the real exploited class does not exist in the developed world; it only exists in the developing world; where labor is still underpaid, overworked and labor rights and laws are virtually non-existent. For the New Left to become relevant once again on a world-wide scale, it must focus on the mainstream issues affecting an overwhelming majority of the dispossessed masses all over the world, and not just in the developed world.

Finally, China is an interesting case study in regard to its history. Firstly, although it did fight a couple of Opium Wars with the British in the middle of the nineteenth century, the influence of Western imperialism generally remained confined to its coastal cities and it did not make inroads into inland areas.

Secondly, China is ethno-linguistically and culturally homogeneous: more than 90% Chinese belong to the Han ethnic group and they speak various dialects of Mandarin, thus reducing the chances of discord and dissension in the Chinese society.

And lastly, behind the “Iron Curtain” of international isolation beginning from the Maoist revolution in 1949 to China’s accession to the World Trade Organization (WTO) in 2001, China successfully built its manufacturing base by imparting vocational and technical education to its disciplined workforce and by building an industrial and transport infrastructure.

It didn’t allow any imports until 2001, but after joining the WTO, it opened up its import-export policy on a reciprocal basis; and since labor is much cheaper in China than in the Western countries, therefore it now has a comparative advantage over the Western capitalist bloc which China has exploited in its national interest. These three factors, along with the visionary leadership of Chairman Mao, Zhou Enlai and China’s vanguard socialist party collectively, have placed China on the path to progress and prosperity in the twenty-first century.