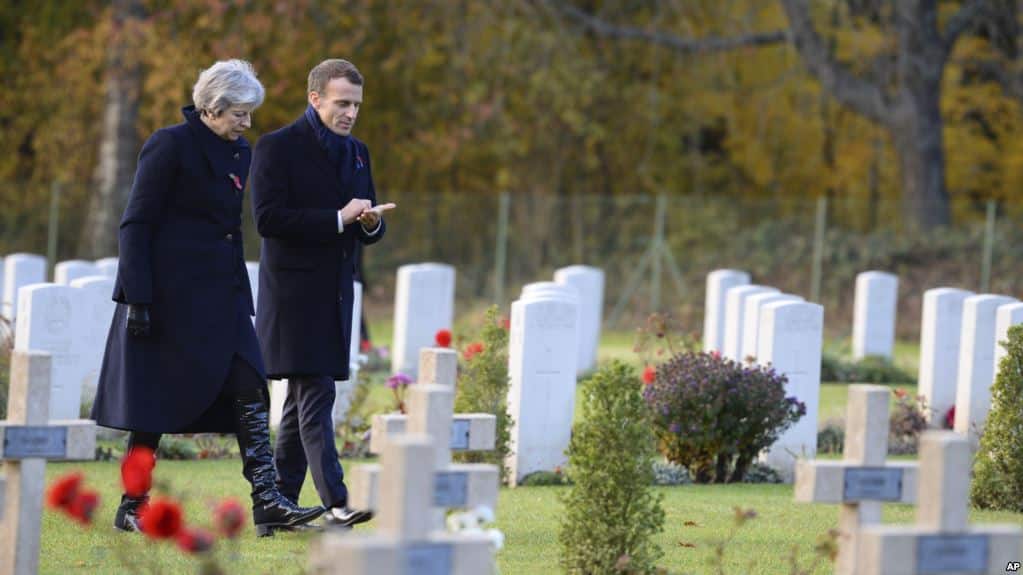 Today, U.S. President Donald Trump lashed out over his recent trip to Paris in a series of tweets Tuesday, blaming the Secret Service for his cancelled visit to a cemetery for fallen U.S. soldiers in France on Saturday.

“By the way, when the helicopter couldn’t fly to the first cemetery in France because of almost zero visibility, I suggested driving. Secret Service said NO, too far from airport & big Paris shutdown,” the president said on Twitter, while also complaining people didn’t report on his Sunday speech during the rain.

By the way, when the helicopter couldn’t fly to the first cemetery in France because of almost zero visibility, I suggested driving. Secret Service said NO, too far from airport & big Paris shutdown. Speech next day at American Cemetery in pouring rain! Little reported-Fake News!

But every other world leader could attend. It got so bad even the French weather girls on French TV News were making fun of the Cadet Bonespurs!

So it begs the question, what’s the real reason he did NOT go?  I mean, clearly this guy is lying again.  So what’s going on now? Well, here’s my top three best educated guesses;

1. BATHROOM CHALLENGES: He ate some nasty old reheated KFC aboard Air Force One and ended up on the imperial bathroom throne all day and night! Trump never wants us to see him sweat because he thinks it makes him look weak diminishing his leverage probably looked around and said “look, it’s raining. Let’s blame that…”

3. INDICTMENTS EMERGENCY: He got a call from Donnie Trump Jr. crying about the coming indictments and realized that he was going down with him if he did NOT brain storm his way out. So he was probably on the phone with master lawyer Rudy “Misdirect” Guliani brainstorming all kinds of angles to distract everyone!

Oh when he came back to USA, on Monday, the official Veterans Day holiday, he choose to also NOT visit the cemetery at Arlington.  Great Job Sir!

So what lame reasons can you come up with to give Trump an out?
Your comments please 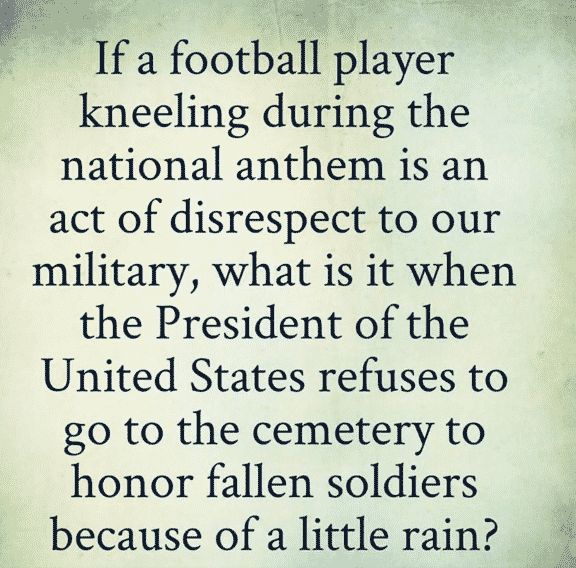