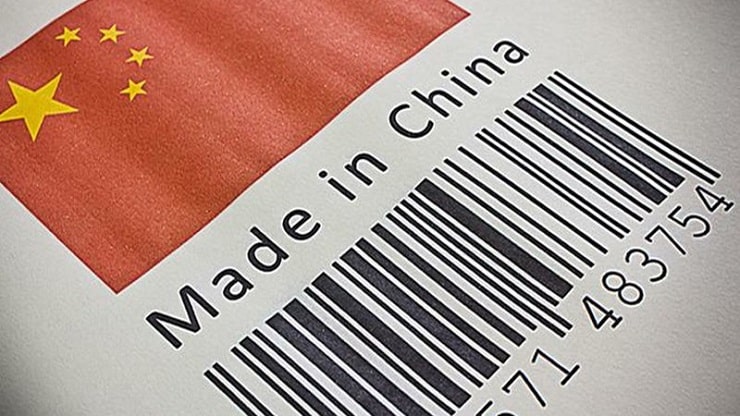 [ Editor’s Note: This is an interesting Engdahl piece, based on an official government report showing that a major part of the US war machine is dependent on “one source” contractors” for critical supply needs.

It is quite the irony that this was caused to a large degree by Reagan and the Republicans killing off the unions by shipping our industrial base offshore. This key selfish play by the Deep State has gotten little coverage by those wary of sticking their noses into the line of fire.

So where we are now is covering both ends of the war spectrum, using cheap throwaway proxy forces which include NATO troops for whatever regime change business is needed. And on the other end, we use nukes. A multi-year large conventional war is not in the cards, and Bill Engdahl tells us why.

The danger comes when the proxy wars using NATO troops end up being “triggers” for a missile exchange. Both sides have to quickly knock out each other’s command and missiles centers and bases within range to avoid quickly being on the short end of the stick. Decisions are instantaneous, do-or-die, where mistakes can easily be made with disastrous consequences.

And we here at VT, with our backgrounds, know how easily that can be arranged. As Gordon does love to say, “It’s a nasty world.” … Jim W. Dean ]

In geopolitics events are rarely what they seem to be. This is especially true when we look more closely at the otherwise bizarre “war” launched this spring under the guise of trade war, supposedly redressing America’s huge annual balance of trade deficits, the most extreme being that with China.

The true driver behind Washington’s otherwise inexplicable tariff war attacks on especially China make sense when we view them through the prism of a new Administration report on the defense industrial base of the United States.

In early October a US Government inter-agency Task Force, headed by the Department of Defense (DoD) released the unclassified part of a year-long study on the domestic industrial base required to provide vital components and raw materials for the US military.

Titled “Report Assessing and Strengthening the Manufacturing and Defense Industrial Base and Supply Chain Resiliency of the United States,” the Interagency Task Force document was commissioned a year ago in a little-noted Executive Order 13806 of the US President.

The report is the first such detailed analysis of the adequacy or lack of, of the industrial supply chain that feeds vital components to the US Military in recent years.

The declassified version of the report is shocking enough. It cites a laundry list of 300 “gaps” or vulnerabilities in the US military industrial base.  What it reveals in stark detail is a national economy no longer able to support the most basic essentials of a national defense, a direct consequence of the economies of globalization and offshore outsourcing.

It details dramatic shortages of skilled workers in areas such as machine tooling, welding, engineering. Vital machinery such as numerically-controlled machine tools must be imported, most from Germany, which has not the best relations with Washington at present.

Many of the small, specialized suppliers of key sub-components are single-source suppliers many on the brink of insolvency owing to US Budget uncertainties in recent years. And the US defense industry is dependent on China for virtually all its rare earth metals.

Since the 1980’s US domestic mining of the metals has virtually collapsed for economic reasons as suppliers turned to China for far cheaper sources. Today 81% of world rare earth metals needed in military equipment, superconductors, smart phones and other high tech applications come from China.

The Pentagon defense industrial base report is an attempt to go behind the surface of the dozen or so giant military contractors such as Boeing or Raytheon to the tens of thousands of smaller companies which provide critical sub-components to determine the state of vulnerability in event of a war.

Here the report notes, “In multiple cases,the sole remaining domestic producer of materials critical to DoD are on the verge of shutting down their US factory and importing lower cost materials from the same foreign producer country who is forcing them out of domestic production…”It highlights such alarming “single source” potential bottlenecks as reliance on a single source for propeller shafts for Navy ships, gun turrets for tanks, fuel for rockets and space-based infrared detectors for missile defense.

The report is the most thorough critical look at the military industrial base undertaken since the early years of the 1950’s Cold War buildup.

Among examples it cites the fact that for example, there currently exists only one domestic source of ammonium perchlorate, a chemical widely used in Pentagon propulsion systems.

Another is the alarming fact that the US has only one company domestically making the printed circuit boards essential to every piece of electronic equipment. They note, “Since 2000, the US has seen a 70% decline in its share of global production.

Another not so visible but vital component is the manufacture of ASZM-TEDA1 impregnated carbon. The US depends on only one source. ASZM-TEDA1 is used in 72 DoD chemical, biological, and nuclear filtration systems, among other things to protect against toxic gases and chemical warfare attacks. Calgon Carbon of Pittsburg is the current sole supplier.

The Defense Department was not informed in time to organize a substitute source, putting US missile systems at risk. And the report notes that all cannons on US Army armored vehicles come from a single aging Watervliet Arsenal in New York, built in 1813.

The US report lays major blame on the dependence of US weapons companies in vital components outsourced to, yes, the Peoples’ Republic of China, the country that the Pentagon’s latest Defense Policy Review cites, along with Russia, as America’s greatest strategic threat.

In addition to almost complete dependence on Chinese suppliers of rare earth metals, the DoD weapons procurement contracts from larger companies such as Lockheed-Martin who, in turn, outsource their supply chain to the most efficient sources, often China.

The report states, “China’s domination of the rare earth element market illustrates the potentially dangerous interaction between Chinese economic aggression, guided by its strategic industrial policies and vulnerabilities and gaps in America’s manufacturing and defense industrial base.”

The review states thatthe USA defense industry relies on Chinese producers for 100 percent of its rare earth materials. A 2016 Government Accountability Office report called that a “bedrock national security issue.” In another section the report notes, “Without relief from unlawful and otherwise unfair trade practices, the US will face a growing risk of increasing DoD reliance on foreign sources of vital materials.” This is an explicit reference to China.

It is no accident that the Trump trade war has turned its focus on “unfair trade practices” of China. The same Administration official responsible for the strategy of trade war, China-hawk Peter Navarro, was also charged by the President with conducting the Pentagon defense industrial base report.Navarro, Assistant to the President for Trade and Manufacturing Policy, wrote an OpEd in the New York Times on the report.

Navarro connects the otherwise confusing agenda of the Trump tariffs on such things as aluminum and steel to the military industrial base crisis. He cites such steps as “steel and aluminum tariffs to bolster core industries; a stout defense against China’s brazen theft and forced transfers of American intellectual property and technologies; a significant increase in the military budget; expansion of ‘Buy American’ rules for government procurement.”

The import tariffs on aluminum are aimed at forcing a rebirth of domestic US aluminum production. In 1981 the United States was the world’s largest primary aluminum producer, a heritage of the World War era and the rise of Boeing and other aircraft makers, producing 30% of global supply.

By 2016 the domestic US industry, led by Alcoa produced a mere 3.5% of world output falling to 10th rank just behind Saudi Arabia.

China is world leader with a whopping 55% followed by Russia and Canada, all three targets of Washington aluminum tariffs or sanctions.

Navarro then notes what is perhaps the major deficiency in US preparedness for a future potential war with Russia and China as Pentagon policy suggests. “One of the biggest vulnerabilities identified in the report is a shortage of skilled labor for critical jobs.

America is simply not generating enough workers in the science, technology, engineering and mathematics fields to fill jobs in sectors such as electronic controls, nuclear engineering and space. Nor are we training enough machinists, welders and other skilled trade workers to build and maintain our ships, combat vehicles and aircraft.”

The report states that at many U.S. universities, “both majors and graduate programs could not be maintained without international students.” Many of those are from Asia, most especially China.

The US Administration plans to address the 300 gaps with certain immediate measures including closing key supply-chain gaps and using Defense Authorization funds to expand key domestic manufacturing capacities such as lithium seawater batteries or cutting-edge fuel cells for the Navy’s future unmanned, underwater vehicles. It will also reinvigorate the 1939 Defense Stockpile Program for foreign-produced limited-source strategic and critical materials.

The main conclusion of the report is that, “China represents a significant and growing risk to the supply of materials deemed strategic and critical to U.S. national security.” This also explains why the focus of the ongoing Trump Administration trade war against China in fact concentrates on pressuring China to abandon its Made in China 2025 agenda with focus on making China dominant in advanced technologies over the coming decades.

On a deeper level, though it deals with the US defense industrial base, the report is a major expose of the true state of the overall domestic US industrial base following more than four decades of free trade, manufacturing offshore outsourcing and globalization.

The good news is that World War III is not likely anytime soon despite all sabre-rattling. This is a good time to address the US debate to the far larger problem: how to correct the economic globalization that has all but destroyed the overall American industrial base and how to revive that civilian economy, something the warhawk neocons have no interest in reviving.