Home Life How card games were used as a war pastime and a strategic... 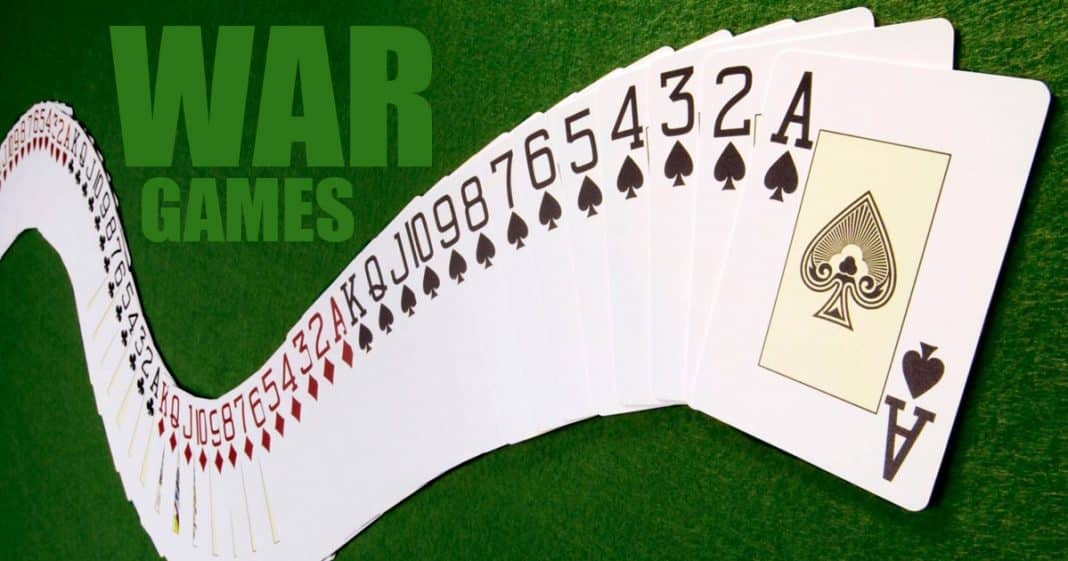 This year, 2018, marked the centenary for the end of World War 1. An auspicious day, it once again reminded us of the sacrifices made so that we could all enjoy a better life. This was a time, which saw millions of people endure pain and suffering throughout those combative years. However, it turns out that the entertainment of card games, of which you can now play online at sites such as www.casinopilot.ca, had a huge part to play in keeping up moral and even influencing the way some of the invasions were played out.

Cards and the terminology associated with the games, were often used as a metaphor throughout the wartime. In fact the face cards, Kings, Queens and Jacks within a deck were often seen as “cardboard weapons”.  If one looks at various manoeuvres taken place throughout history, it actually becomes rather obvious just how often card plays were actually used. In fact, if we take a closer look at the outbreak of World War 1, you can clearly see the European countries playing a political game of poker right up until war broke out.

Within a few months, cards were a common occurrence within the trenches, aiding soldiers in getting through the difficult times. Both sides embraced the use of card playing in that it kept the soldiers occupied but it also could be utilized in other fashions, which the Germans did in style.

They quickly realized that cards could be used for propaganda, influencing the way their soldiers saw the opposition. To that end, they released three special propaganda decks, replacing the traditional Kings and Queens with images of famous German generals and other wartime heroes. These decks became hugely popular amongst the general populace and had reached production of over a million by the time the war came to a close.

However, the propaganda wasn’t limited to just extolling the virtues of their own nation, but also of discrediting the opposing side. To this end, there were a number of decks released showing unflattering caricatures of leading figures such as Winston Churchill and Tsar Nicholas. Amazingly, the Germans could fill a full deck with images of their enemies so every card showed a different figure.

This war within the cards was not undisputed with the Allies quickly making up for lost ground in the propaganda war by also producing their own cards. The French in particular proved to be especially adept in the art of propaganda, arguably winning this war with a cartoon depicting the German Emperor playing his last card; the less than effective or reliable Bulgarian Ferdinand.

Unlike the Germans, the Allies saw an alternative use to decks of cards. Because the Allies were made up of different countries, there tended to be a language barrier between the soldiers. French, Belgians and English speaking British and American soldiers were all required to fight side by side in the trenches.

This could pose an issue if they couldn’t understand one another or the commands given. To that end, cards were created to teach the English soldiers a generalized French. Some card decks were also designed with the various banners and regiment colors of both allies and opposing troops – something that would prove very useful in the chaos of a battle.

The way cards were created even saw an overhaul. In fact we have the trenches to thank for the laminate cover we now see on all the cards. As trench life became inexorably worse, card manufacturers added a layer of varnish to the cards so that they might be able to withstand the poor conditions they were kept in. Small decks were also created, perfect for keeping in a pocket, and so the miniature deck was born. Soldiers could keep them with them, playing wherever they went, even in the hospitals.