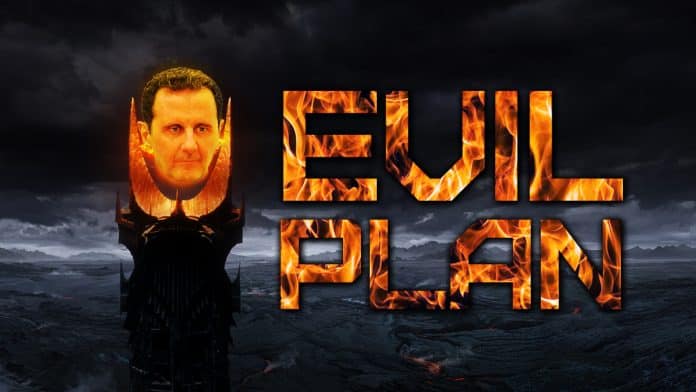 On November 15, US Ambassador to Syria James Jeffrey exposed an evil plan of Syrian President Bashar al-Assad to create ISIS and to hurl the Middle East, particularly Syria and Iraq, into chaos.

“The Syrian regime produced ISIS,” the diplomat added saying that the actions of the Damascus government created an opportunity for ISIS to grow.

By these remarks, Mr. Jeffrey just re-invented an old-fashioned propaganda narrative used by the so-called Syrian opposition to explain how it appeared that the main forces opposing the Assad government in Syria is ISIS and al-Qaeda. Then, Western-sponsored pro-opposition media outlets were claiming that the Assad government is somehow guilty that the main opposition to it is the internationally recognized terrorist groups.

In 2018, this narrative became useful for Washington to justify its further military presence in the war-torn country. The US-led coalition is contributing significant efforts to combat ISIS in its last real stronghold in the country – in the Hajin pocket – in a way that would not deliver significant damage to the terrorist group. However, the multi-month operation to defeat ISIS in Hajin cannot last endlessly. Therefore, some new formal pretext to keep troops in Syria will be very useful.

The real goals of the US are to limit the influence of Russia in the region and to assist Israel in its long-standing standoff against Iran.

Meanwhile, in the area of al-Safa where ISIS cells are also presented the Syrian Arab Army (SAA) has also temporarily halted its advance on the terrorist group. This time due to poor weather conditions.

The new SAA push designed to put an end to ISIS presence in al-Safa started on November 11. Since then, the SAA had advanced several km deep into the ISIS-held area and captured several new positions. Should the weather improve, the SAA will continue its advance on the terrorists’ positions.

In the so-called Idlib de-escalation zone, northern Hama has been the most hot point where violations of the ceasefire have been reported several times. Particularly, Jaish al-Izza and other militant groups once again attacked SAA positions from the directions of al-Lataminah and al-Zakat.