Syria is going to hell in a handbasket

This story can’t be ignored.  The real disaster in Syria isn’t Turkey and the Kurds or Israel and the threat of Russian air defenses.  The real danger is the idiots from MI6, Britain’s intelligence services, who are funding Islamist, radical clerics, throughout areas now under control of the Damascus government under Assad.

The US threw out Saddam and destroyed Iraq.  The US pushed for revolutions throughout the Islamic Mediterranean and, in the process, destroyed Europe with refugees.  This is the real “why” of Brexit, America’s social experiment with using terrorists as “war on the cheap” in efforts to exert global control.

Gina Haspel’s CIA is equally helpless and America is getting ready to bury itself and finish Europe off as well.  You see, the Islamist threat isn’t from Shiite Iran and their forces inside Syria but from Saudi funded and British led Wahhabist fanatics who are working, as we speak, to turn sectarian Syria into a real terror state, one that will bring down Turkey and threaten Europe.

In the process, Israel will be destroyed and Netanyahu is too stupid to see what is going on.

The photo below is from Damascus this week, the “girls’ at VT out for an evening, not being shot at for once. 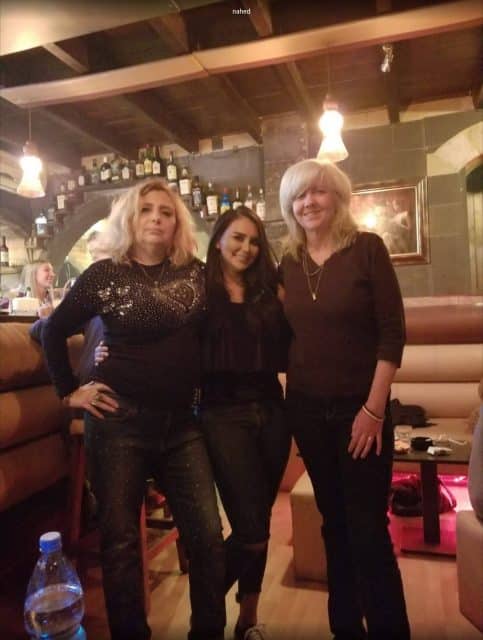 This is the real Damascus today, one that may be gone in a few short weeks.  The west is overpowering the Assad government, and its Baathist/Socialist roots, and backing Islamists who will end this kind of dress, end alcohol, close the clubs and restaurants but more.

They will also end Christianity as well.  The Wahhabists, with British backing, will start a new civil war and toss Iran out, push that war into Lebanon and take on Hezbollah, all over Islamism, the fight between Sunni and Shi’a Islam.

When Lebanon burns to the ground, and it will, when Damascus becomes the land of burka’s and head chopping, and it will, ISIS will be missed as “moderates.”

Thank Britain and the US and their meddling.  It is coming.  You have been warned.