[Editor’s note:  Today, the CIA threw MBS under a bus, telling the Washington Post that they have proof the Saudi Crown Prince ordered the brutal dismembering of Washington Post correspondent Jamal Khashoggi, a Virginia resident.

Their failed cover story is that they planned to “repatriate” him, an effort which began when they put a plastic bag over his head.  I am certain Khashoggi saw that as a sign things were beginning to go very wrong since CIA records now show the same folks who brought the Glad Freezer Bags for his body parts also brought electric bone saws with the proper connectors to run on the Turkish power grid.

We tell the real truth, that the “slice and dice rendition” is a Gina Haspel special. We might go a bit further, pointing out that Ms. Haspel is an Israeli citizen planted as a mole inside the CIA to destroy both the US and Saudi Arabia, but that is for another article. G]

[ Editor’s Note Two: As is often the case, only VT will touch the third rail of the Kashoggi killing. The others don’t have the background, the sources, or the connecting the dots talent without the necessary 30 to 40 years of experience in doing it.

No one has dared bring the Kashoggi killing to the door step of rogue operators in the US, at the highest levels. You have it all below, an early Thanksgiving present.

As for framing, Gordon used the massive coverage on the British Skirpal psyops, a pitiful affair, but one that mass media put wind in its sails by not punching holes in it early on, which a smart elementary school kid could have done.

But the sun might be rising on the whole sordid affair. Trump is sweating bullets with the Democratic chairmen that will be in the investigative committee chairmanships. He should have thought about that before he did some things, and even worse, involved his family.

Washington is abuzz that Mueller has a pile of sealed indictments ready as a Christmas present for a group of people. Some say that Trump is sweating bullets over using his position to bribe foreign powers, not only for money, but furnishing the use of the US military. But only Gordon has written what is below… Jim W. Dean ]

Moscow: Every day, the US administration drops new sanctions on Russia for the alleged poisoning of the Skripals, two former Russians living in Britain.

A poison gas, in actuality never produced, one made famous in the video game Call of Duty, called Novichok was actually developed in South Africa by Woulter Basson, “Dr. Death,” and used in Angola in cooperation with the CIA on Cuban backed insurgents.

Basson is now a practicing cardiologist in Cape Town and Russia is being blamed for using the powerful nerve agents developed in a combined program between the South African and Israeli Defense Forces that began in 1975. We are told that the US maintains stockpiles of “Novachuk” or VX+ as it is called, at a facility in Tbilisi, Georgia run by the CIA and Georgian security services, but that’s another story.

We are not going to allow the Skripals, who seem to be quite alive and well despite being “Novachuked,” a virtual impossibility, to overshadow the breaking Khasoggi story. The real focus needs to be on the murder of Jamal Khashoggi, a correspondent for the Washington Post whose grisly murder ties Saudi Arabia, America and even Israel into a web of intrigue.

According to the Middle East Monitor, the Mossad had infected Khashoggi’s phone with the Pegasus virus, which allowed Saudi security to track his movements and monitor his conversations. The clandestine relationship between these two would be enemies has been long exposed though their cooperation against Syria, Iran, Yemen, Lebanon and their combined lobbying efforts in Washington.

Today’s “conclusion” will be simple and predictable, in the post-9/11 world, false flag terrorism, brutality on an unprecedented scale, hypocrisy, the “big lie,” are the norm. Anyone can be killed, an atrocity ordered on a whim, with a cooperative or silenced press, treaties broken, the UN crippled, no functioning international justice system, butchery is the first option.

Khashoggi was murdered on a whim, ordered out of Washington by “grocery clerks” masquerading as “intelligence” and “security” specialists. Yes, we are talking Trump, Kushner, Bolton, Haspel and an army of others that are, private military contractors, fake diplomats, hired assassins and government sanctioned criminals.

With seventeen minor Saudi officials being “sanctioned” by Trump for the vicious killing and dismemberment of a prominent member of the American press while America continues its war in Yemen alongside Saudi Arabia, the nature of the underlying events around the Khashoggi incident remain hidden.

The global scale of this single killing of a prominent member of America’s opposition press should overshadow any other story today. Let me outline what our investigation has led us to regarding this incident, the real flow of events.

Henry II is brought to mind when, as events then transpired in 1170, an utterance by England’s king, allegedly “Will no one rid me of this turbulent priest” led to the murder of Thomas Becket, the Archbishop of Canterbury.

This one, according to our sources began with a conference between Donald Trump and John Bolton over what President Trump alleges to be a plot against his administration by billionaire owner of Amazon.com and the Washington Post, Jeff Bezos. The WaPo, as it is called, pushes for Trump’s indictment on criminal charges on a daily basis. Backed by the resources of Jeff Bezos, who also funds the alternative media site, The Intercept, the Post is beyond pressure. After all, Bezos is by far the richest man in the world.

His Amazon holdings alone are beyond $100 billion and rocketing every day. Moreover, Bezos has a penchant for politics and social engineering, a “closet George Soros” as it were but with “real money,” or so Donald Trump believes.

“By October 2016, the Trump threat had become real. Bezos told a conference in San Francisco: “He’s not just going after the media, but threatening retribution to people who scrutinse him. He’s also saying he may not give a graceful concession speech if he loses the election. That erodes our democracy around the edges. He’s also saying he might lock up his opponent. These aren’t appropriate behaviours.”

Since the Republican insurgent’s shock victory, Bezos has followed the example of special counsel Robert Mueller by maintaining a sphinx-like silence and refusing to be baited. Nothing, it seems, infuriates the president more. D’Antonio said: “Trump doesn’t know what to do with someone who won’t play and it would be a grave mistake for Bezos to engage. He doesn’t have to.

“Bezos is just ontologically the opposite of Donald Trump and that gets under Trump’s skin. What he really hates is someone who appears to be incorruptible. He reads that as being superior, haughty, holier than thou. It’s what he hates about Mueller: that Mueller is an emblem of rectitude. There’s no evidence that Bezos is anything but a tough business person.”

Trump has upped the bombardment. Last year he pondered: ‘Is Fake News Washington Post being used as a lobbyist weapon against Congress to keep Politicians from looking into Amazon no-tax monopoly?’ He has not yet bequeathed on Bezos one of his infamous nicknames but has come up with the formula: ‘Amazon Washington Post.’”

This behind the scenes war between Trump and Bezos may have gone global when Trump asked John Bolton, Trump’s national security advisor infamous as a “half baked blowhard” in Washington circles, to find a way to “get to Bezos.”

Trump had already tried to cut off Amazon.com from its US Postal Service contracts and has had every Federal regulatory agency look into Amazon and Bezos to no avail.

Bolton it seems, in an act of insanity typical of his demeanor went to Gina Haspel, current CIA Director who made her bones running murder and rendition programs for the Bush (43) administration. Under Haspel’s direction, the CIA rendition program, run out of Libya, kidnapped and killed tens of thousands of terror suspects who, after years of investigation, almost to a one seem to have, in actuality, simply been innocent bystanders grabbed off the street.

This is what Bush and Cheney wanted, big numbers, secret prisons, all to justify America’s loss of freedom and to quiet any questions about the real planning of 9/11 and the role of Saudi Arabia, Israel and Washington’s Neocon think tanks.

This was the 9/11 investigation Trump promised America with his election, an investigation sidelined when Saudi cash began flowing into Trump’s private business empire just after the 2016 election.

As an aside, a key issue of the American mid-term elections is the empowerment of Democratic committee chairs who will be looking at the Trump-Kushner-MBS investment partnerships.

Our sources say it was Haspel, who with Jared Kushner, visited Saudi Arabia and came up with the plan to target a Washington Post asset. Khashoggi was a natural choice.

Khashoggi was expelled from Saudi Arabia, literally told he would be killed if he didn’t leave, based on three issues:

His move to Virginia and his regular appearance in Washington political circles should have taken him off the Saudi radar. Saudi Arabia has thousands of critics and literally thousands in Washington on its payroll, “tame journalists,” political advisors and several dozen GOP members of congress.

Though he was off the Saudi radar, his “big desk” at the Washington Post, and his sources inside Saudi Arabia made him a threat to Trump, combining Bezos billions with an upcoming Congressional inquiry into Trump-Saudi financial irregularities.

It had been clear for months that the mid-term elections would “go blue,” putting key Trump enemies into position to demand Trump tax documents and begin looking at allegations at Kushner kickbacks on recent arms sales to Saudi Arabia.

We might also add, kickbacks related to US sanctions against Iran as well and America’s role in attacks on Syria and Yemen. The real allegations are that Saudi Arabia paid the Trump family to misuse American military assets, charges of pure and unadulterated treason, not just “conflicts of interest.”

Stopping this story is why Khashoggi had to die. 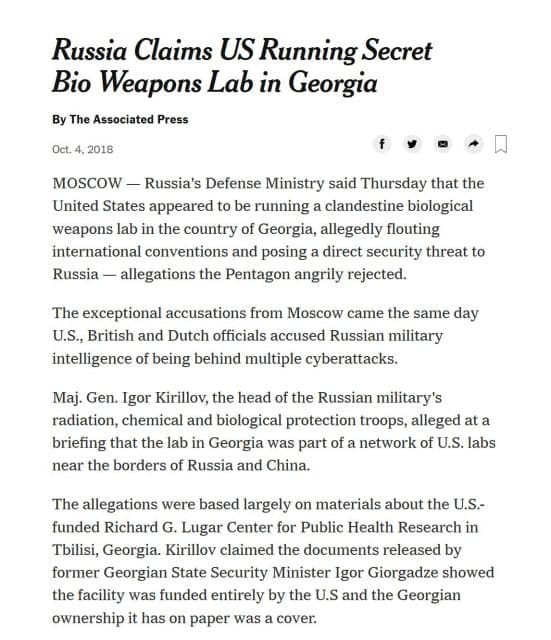 Gordon Duff is a Marine combat veteran of the Vietnam War that has worked on veterans and POW issues for decades and consulted with governments challenged by security issues. He’s a senior editor and chairman of the board of  VT, especially for the online magazine “New Eastern Outlook.”
https://journal-neo.org/2018/11/16/why-the-khashoggi-murder-really-matters/