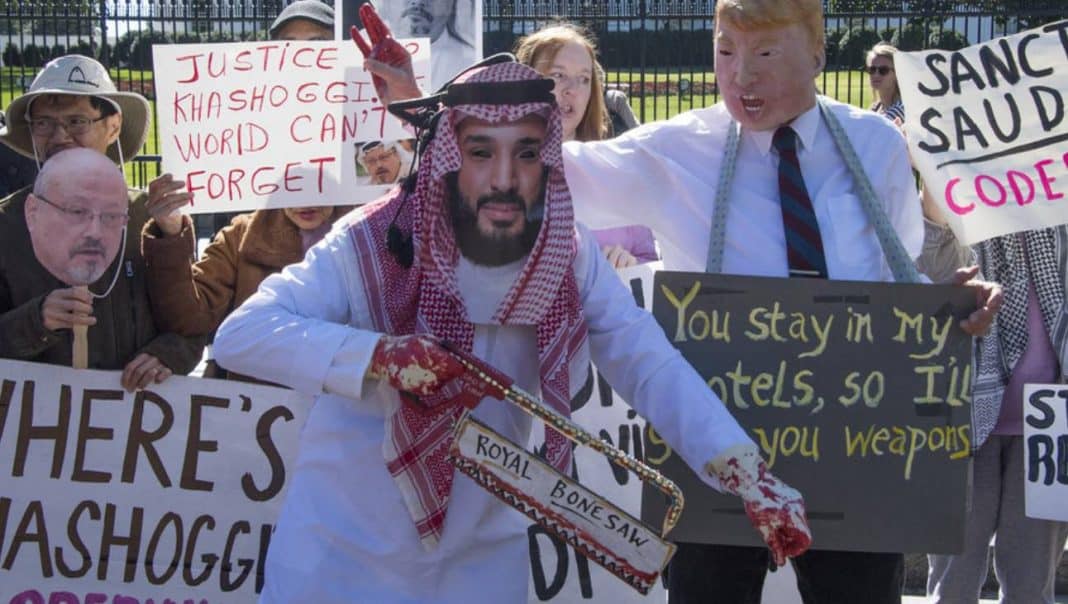 The CIA reportedly strengthened its findings that Prince Mohammed ordered the killing after it reviewed two intercepted calls. Photograph: Cliff Owen/AP
The CIA’s conclusion that the murder of Jamal Khashoggi was ordered by Crown Prince Mohammed bin Salman has been described as the most damaging blow yet to the de facto Saudi leader, officially placing him at the heart of a scandal that continues to shake the region.

The finding, first reported by the Washington Post, for which Khashoggi had written, was the first US government assessment linking Prince Mohammed to the dissident Saudi’s death in Turkey. It came after Donald Trump and his national security adviser, John Bolton, had tried to shield him from criminal investigations that have incriminated 21 Saudi agents in the grisly murder.

The US president had previously suggested the killing inside the Saudi consulate in Istanbul was carried out by rogue actors who had exceeded their authority. The CIA found, however, that Prince Mohammed’s tight grip on decision-making made such a claim highly unlikely.

On Saturday, Trump said he had not yet been briefed on the findings, but he would seek an update.