A damning new report from The New York Times revealed that Facebook executive Joel Kaplan is leading a smear campaign targeting the Color Of Change community. Facebook has been seeding right-wing hit pieces and anti-Semitic conspiracy theories in response to our efforts to ensure the safety of Black users on the platform.1

Kaplan hired a Republican public relations firm for the express purpose of undermining Color Of Change and other organizations who have held them publicly accountable for their harmful practices.

This racist and anti-Semitic attack on Color Of Change and our community by a major corporation is disturbing. Facebook must immediately fire Joel Kaplan.</

Black people are a major part of Facebook’s revenue stream, and make up a disproportionately high percentage of their Instagram and WhatsApp user base. Yet their response to us challenging them to make their platform safe for us was to fan the flames of anti-Semitism with racist tropes. Facebook’s choices fed into the same far-right conspiracy theory that resulted in a pipe bomb in George Soros’s mailbox, along with a slew of hit pieces against our organization and staff by Breitbart and other outlets that cater to dangerous figures.

Our work to hold Facebook accountable began three years ago, when we called on Facebook to protect Black activists from being doxxed by neo-Confederate groups. A year later, when police murdered Korryn Gaines shortly after her Facebook account was deactivated mid-livestream, we realized that Facebook wouldn’t change on their own and began calling for a public civil rights audit of the company.2 We believed an audit would reveal how Facebook was harming Black people.

This past spring, after increasing pressure from Color Of Change members, Facebook agreed to begin the civil rights audit. Now we’ve learned that while we sat across the negotiation table with Facebook for years, Facebook’s leaders were giving oxygen to the worst anti-Semitic conspiracy theories of white nationalists to undermine our work. We have been working for years to ensure the safety of Black users by demanding protections for Black leaders doxxed by white supremacists on Facebook; working to ensure Facebook has transparent and just moderation policies; and demanding that Facebook put an end to racially targeted digital voter suppression. While we were operating in good faith to protect our communities, Facebook and Joel Kaplan were using the hateful tactics of the same far-right actors they were enabling on their platform.

Facebook must immediately fire Kaplan and the PR firms they worked with to smear Color Of Change and our partners.</

The New York Times report also makes clear that Joel Kaplan played a prominent role in keeping Facebook from investigating the full extent of Russia’s misinformation and voter suppression campaigns. Facebook cannot be trusted to regulate the problems on its platform when senior staff like Kaplan engage in their own disinformation campaigns and discourage investigating major violations. And as Facebook continues to grapple with how to reduce workplace sexual harassment, Kaplan has shown that he is no ally to women. Earlier this fall, Kaplan came to the Senate hearing to support the Supreme Court nomination of sexual predator Brett Kavanaugh, and then personally threw Kavanaugh a party once he was confirmed.3 4 As long as Kaplan is working at Facebook, we cannot trust Facebook to combat hate on their platform, address online voter suppression efforts and disinformation campaigns, or properly conduct the public civil rights audit currently under way.</

These steps are absolutely critical for Facebook if they want to begin to repair the extensive damage they have done to the public’s and our trust in the company and its leaders.

Facebook must immediately fire Kaplan and the PR firms they worked with to smear Color Of Change and our partners.

Until justice is real, 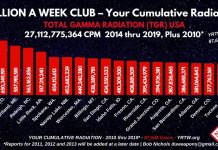