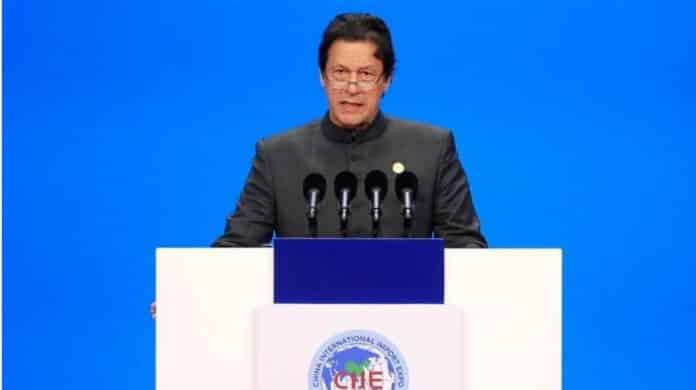 Pakistani Prime Minister Imran Khan has hit back at US President Donald Trump following his remarks that Islamabad doesn’t do anything for Washington despite billions of dollars in American aid for the Asian country.

Khan in a series of tweets on Monday defended his country’s record in Washington’s so-called war on terror. The premier, who is known for his fiery anti-American rhetoric said that “record needs to be put straight on Mr. Trump’s tirade against Pakistan.”

He went on to say that Pakistan had borne the brunt of Washington’s so-called war on terror.

“No Pakistani was involved in 9/11 but Pak decided to participate in US War on Terror,” he said.

Khan also noted that Pakistan continued to provide its roads and air space for re-supply for thousands of US-led soldiers currently based in Afghanistan.

“Can Mr. Trump name another ally that gave such sacrifices?” he asked.

Elsewhere in his tweets, khan accused Trump of making Pakistan a scapegoat to cover Washington’s failure in Afghanistan.

“Instead of making Pakistan a scapegoat for their failures, the US should do a serious assessment of why, despite 140,000 NATO troops plus 250,000 Afghan troops & reportedly $1 trillion spent on war in Afghanistan, the Taliban today are stronger than before.”

Pakistan’s Prime Minister Imran Khan is a fierce critic of Washington’s policies in the region.

The remarks come after Trump, during a Fox News TV interview aired on Sunday, defended canceling assistance worth hundreds of millions of dollars to Pakistan earlier this year because “they don’t do anything for us, they don’t do a damn thing for us.”

Trump suggested Pakistani authorities knew former al-Qaeda leader Osama bin Laden’s location prior to his killing by US troops in a raid inside Pakistan in 2011. He said bin Laden had been living in “a nice mansion” in Pakistan next to a military academy and “everybody in Pakistan knew he was there.”

The US president accused Pakistan of giving Washington “nothing but lies and deceit.”

In August last year, the American president also in a major speech outlining US policy on Afghanistan accused Islamabad of offering safe haven to “agents of chaos.”

“We can no longer be silent about Pakistan’s safe havens for terrorist organizations, the Taliban and other groups that pose a threat to the region and beyond,” Trump said.

Successive US governments have criticized Pakistan for links with the Taliban and for harboring bin Laden.

Washington has also long accused Pakistan of ignoring or even collaborating with groups which attack Afghanistan from safe havens along the border between the two countries. Pakistan denies supporting Afghan Taliban militants.

In addition, Pakistan and Afghanistan also regularly accuse each other of sheltering their enemy militants. Both sides, however, deny such an allegation.

Pakistan will soon begin the construction of a fence across its porous border with Afghanistan.

Afghanistan has been gripped by insecurity since the US and its allies invaded the country as part of Washington’s so-called war on terror in 2001. Many parts of the country remain plagued by militancy despite the presence of foreign troops.

US forces have been bogged down there through the presidencies of George W. Bush, Barack Obama and now Trump.

Militants are now launching attacks on both Pakistani and Afghan soil.

Pakistan, which joined the US war on terror in 2001, says it has paid the price for the alliance.