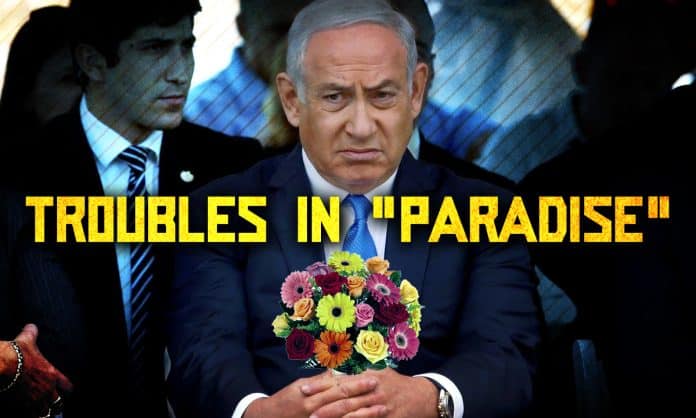 From November 18 to November 20, the Turkish Armed Forces (TAF) carried out a military operation against their own proxies in the region of Afrin. The TAF attacked and partially disarmed a group of about 200 members of the al-Sharqiyah Martyrs Gathering and its allied groups. The Hamza Division, the Sultan Murad Division, the al-Sham Corps and the 3rd Corps participated in the operation on the side of the TAF. At least 25 militants were reportedly killed in the clashes.

The formal explanation of the move is that members of the al-Sharqiyah Martyrs Gathering have been involved in looting and other crimes. However, this is not something uncommon for Turkish-backed groups, which participated in Euphrates Shield and Olive Branch operations.

Local sources say that the al-Sharqiyah Martyrs Gathering has just become too independent in its decisions and Ankara has decided to punish it for this.

On November 18, Israeli Prime Minister Benjamin Netanyahu named himself Defense Minister in addition to also being the Foreign Minister and Health Minister.

“The security of the state is above all else,” Netanyahu said criticizing Avigdor Lieberman’s decision to resign from the post of defense minister. He also insisted that there should be no election for another 12 months and that in such “a complex security period” it would be “irresponsible”.

A political crisis has been developing in Israel since the recent round of escalation in Gaza. A notable part of politicians and power groups, especially radicals, openly describe the ceasefire with Hamas as a defeat. They are pushing an idea of snap elections to reshape the government.

Education Minister Naftali Bennett and Justice Minister Ayelet Shaked have also threatened to resign recently. But they have not turned their threats into reality so far.

It should be fine, however, even if both Bennett and Shaked resign. It seems that even if Netanyahu gets all minister positions in his own cabinet, the US and the mainstream media will continue to highlight Israel as “the staple of democracy” in the Middle East and a great example of alternation of power.

Taking into account Israeli policies towards the Palestinians, the conflict in Syria and other key security issues, it’s an open secret that Israel appears to not be a defender of the stability in the region.

It would be interesting, however, what the international reaction would be if Syrian President Bashar al-Assad also announced that he is to become Syrian Foreign, Defense and Health Minister.