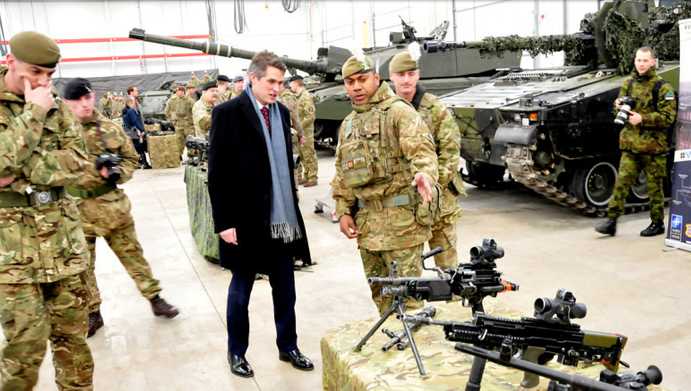 … from Russia Today, Moscow
–
[ Editor’s Note: Nothing is more sad than to watch a country like Britain playing the world military power when month after month more and more of its people slide into poverty and subsist on a diet that could only be described as human cat food.
–
It pretends to be protecting the free world by going to Ukraine to train troops for a regime so criminal that most cabs drivers in the world are aware of it.
–
The comment about “sending a Royal Navy ship” turns out to be a hydrographic ship. The essence of the story is that 100 British troops are in country and 30 more are coming. Wow! Russia must be shaking in its boots.
–
And then we have the comment of the the Defense Secretary visiting the front lines, where not much is going on in the pretend-a-war that goes on to justify putting more NATO troops near the Russian border, and the more serious action of building new permanent US bases that can host extensive major weapons systems.
–
Only the Neo-Nazis really want to fight in Ukraine. The rest of the troops are doing it for the paycheck, often the case for serving in the military in a country going down the tubes.
–
Back at home the Royal Navy cannot keep its ships repaired to a state of readiness, and then there is the shortage of manpower and lack of proper training, yet the British Deep State wants to keep pouring big money into major weapons systems anyway.
–
The British people should revolt against their being gouged like this to serve the military industrial complex like is going on full steam in the US under Trump, and the “fake threat” theatrics so now in vogue.
–
Santa needs to leave the presents home and load up on common sense, all that his sled can carry. It is badly needed for this year’s stocking stuffing… Jim W. Dean ]

The UK will increase its military support to Ukraine, training their special forces and sending a Royal Navy ship to the country, the British Defence Secretary is set to announce, reports the Daily Telegraph.
–

The build up of forces in the eastern European country is to defend “freedom and democracy,” according to Williamson.

“As long as Ukraine faces Russian hostilities, it will find a steadfast partner in the United Kingdom,” the Defence Secretary will say according to the Tory-supporting Telegraph, who have apparently been provided with access to Williamson’s speech.

“By continuing to work together, whether through training programmes or military exercises, we help Ukraine to stand up for our shared values.

“Those values of freedom and democracy cannot be traded. I have witnessed on the frontline the effects of the war in the east and this has completely reinforced my support for Ukraine’s sovereignty, independence and territorial integrity,”Williamson is expected to say.

The HMS Echo, a hydrographic survey ship with a crew of 72, will be sent to the region, while Ukrainian Special Forces are set to be trained by their British counterparts.

Some 100 British personnel are currently in Ukraine, reportedly on a training mission in the western city of Lviv and central city of Dnipro, according to the UK Ministry of Defence.

The UK has reportedly trained some 10,000 Ukrainian troops since 2015, in areas such as logistics and identification of improvised explosive devices.

Williamson has been steadfast in his support for Ukraine. During a visit to the country in September, the Defence Secretary – who notoriously told Russia “to go away and shut up” – pledged UK support to the country. 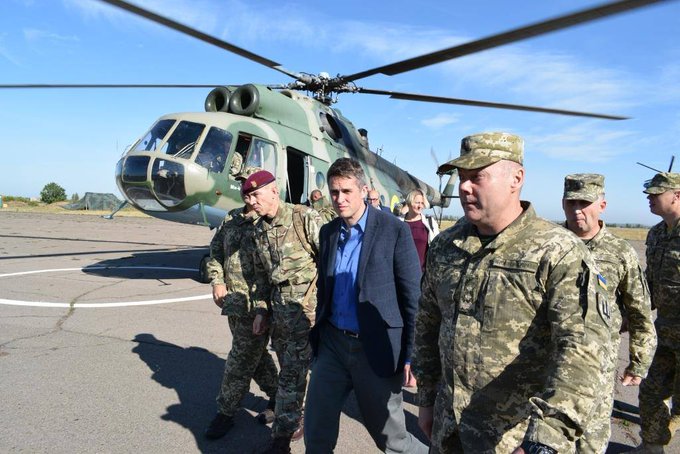 “Ukraine remains at the front line of a smoldering conflict,” said Williamson, adding “but you do not stand alone.”

The number of new troops will be subject to Ukrainian requirements, with the Telegraph reporting that it’s likely to total some 30 soldiers from the Army and Royal Marines. The new round of training is set to include the skills of mortar planning and counter-sniping.