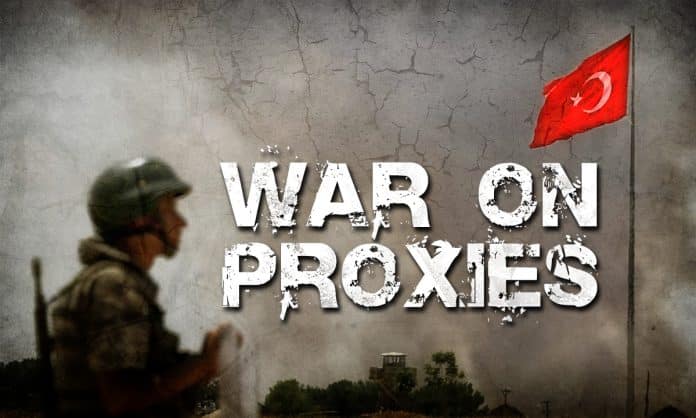 Following the liberation of al-Safa from ISIS, the Syrian Arab Army (SAA) and the National Defense Forces (NDF) are now setting conditions to continue their anti-ISIS effort in the Homs-Deir Ezzor desert. Local sources say that up to 1,000 members may be hiding there now. About 500 of them had fled to the Homs pocket from al-Safa.

However, it remains unclear when the operation will be launched and how successful it will be. The issue is that units of the 4th Armoured Division, which played an important role in the clashes for al-Safa, will not participate in this operation, according to the available data.

Most of these weapons were supplied by the US and its allies to the so-called “moderate opposition”, but then they fell in the hands of groups like ISIS and Hayat Tahrir al-Sham (known under a previous name as a branch of al-Qaeda in Syria).

The Turkish Armed Forces (TAF) and several Free Syrian Army (FSA) groups are preparing to a launch an operation against “corrupt elements” within the FSA in the city of Jarabulus in the northern Aleppo countryside. According to reports, a curfew was imposed inside Jarabulus ahead of the expected operation.

Last week, the TAF launched a similar operation against the al-Sharqiyah Martyrs Gathering, one of Turkey’s proxies in the area of Afrin. The clashes, which followed the start of the operation, resulted in the deaths of at least 25 militants.

On November 21, US Secretary of Defense James Mattis stated that the US-led coalition will establish observation posts along the border between Turkey and the Syrian areas controlled by the US-backed Syrian Democratic Forces (SDF).

“We are putting in observation posts in several locations up along the Syria border,” Mattis said. “We want to be the people to call the Turks and warn them if we see something coming out of an area that we’re operating in,” he added.

While the Defense Secretary stated that these observation posts are designed to track “any threat” that is going “up into Turkey”, in fact, the US-led coalition is going to use these posts in order to prevent further Turkish attacks on the SDF in northern Syria and to somehow ease tensions between Ankara and Washington on the so-called Kurdish issue. Turkey sees Kurdish armed groups, which are the core of the SDF, as terrorists and has repeatedly attacked them.

If the US deploys more troops and establishes observation posts along the entire border area controlled by its proxies, it will indeed be able to successfully prevent Turkish threats to launch a new military operation against Kurdish armed groups there in the near future from becoming reality.