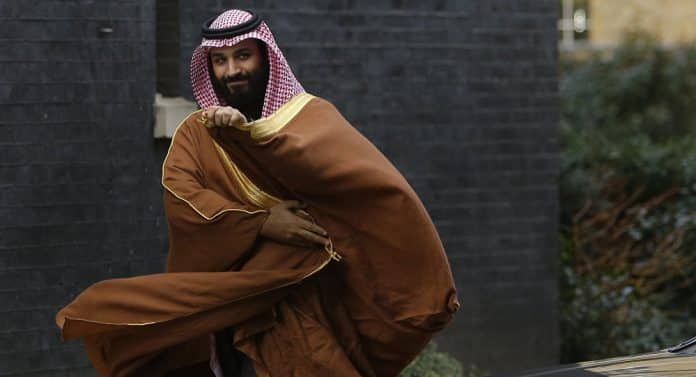 [ Editor’s Note: Turkey has been playing a waiting game on the MSB investigation along with what is described in Intel circles as the Chinese water torture treatment.

Instead of revealing all of your cards early in the investigation, going for the knock out blow, you give your adversary lots of time to deny, and then “drip” leaks showing those denials to be false.

It also gives you time to get new intercepts regarding the cover up, which would not be possible if the targets were not guilty as it would not be needed. There have been reports that Pompeo flew to SA to coordinate the cover up, a bad move on his part if true. If MSB goes down he might want some company, like Pompeo, and Gina Haskel, and maybe even Trump.

The story below shows the initiation of exposing the cover up. VT is aware of how the intercepts were done because it was a mechanism that has been used for some time, nothing new, and only a few contractors do such work. They survive by being useful to everybody, well…almost everybody.

Congressional hearings will be where the heavy work on exposing this is done, if it is really followed through on. At the end of the day even Turkey might roll over if it gets something it really wants bad, like a ton of money, or Gulen turned over, of both… Jim W. Dean ]

Riyadh has vehemently denied that the royal family, including Crown Prince bin Salman, has been involved in Khashoggi’s murder. A total of 21 people have been detained on suspicion of ordering and carrying out the murder; five of them face the death penalty.

According to a Hürriyet columnist, CIA Director Gina Haspel indicated during a trip to Ankara in October that the purported recording features a conversation between MBS and his brother Khalid bin Salman, the Saudi ambassador to the United States. The brothers were allegedly discussing the ‘discomfort’ stemming from Khashoggi’s public criticism of Riyadh’s policies.

While Turkish media leaked the information about the alleged tape, the CIA reportedly concluded that it was Crown Prince Mohammed bin Salman who ordered Khashoggi’s killing. The CIA’s findings prompted John Brennan, the agency’s former director, to call for the US Congress to declassify the intelligence.

On Wednesday, US State Secretary Mike Pompeo said that Donald Trump was ‘happy to consider’ proposals regarding sanctions against Riyadh. The US President himself said Tuesday that the CIA did not have any definitive answer on whether the crown prince had been aware of the prepared killing of the journalist.

The scandal surrounding Khashoggi’s murder, which has drawn plenty of criticism from the international community, has reportedly prompted the royal family to seek replacing bin Salman, who is currently first in the line of succession. Riyadh rushed to dispel the rumours, however, with Saudi Foreign Minister Adel al-Jubeir calling the reports ‘outrageous’ and ‘totally unacceptable’.

Jamal Khashoggi, a Saudi journalist and Washington Post contributor, was killed in the Saudi Consulate in Istanbul on October 2. The Saudi Prosecutor’s Office said that he was dismembered after being restrained and heavily drugged.

Riyadh insists that Khashoggi’s murder was a “rogue operation” and announced that it had arrested 21 suspects, including senior military officials, and charged 11 of them. Five suspects are facing the death penalty if they are found guilty.