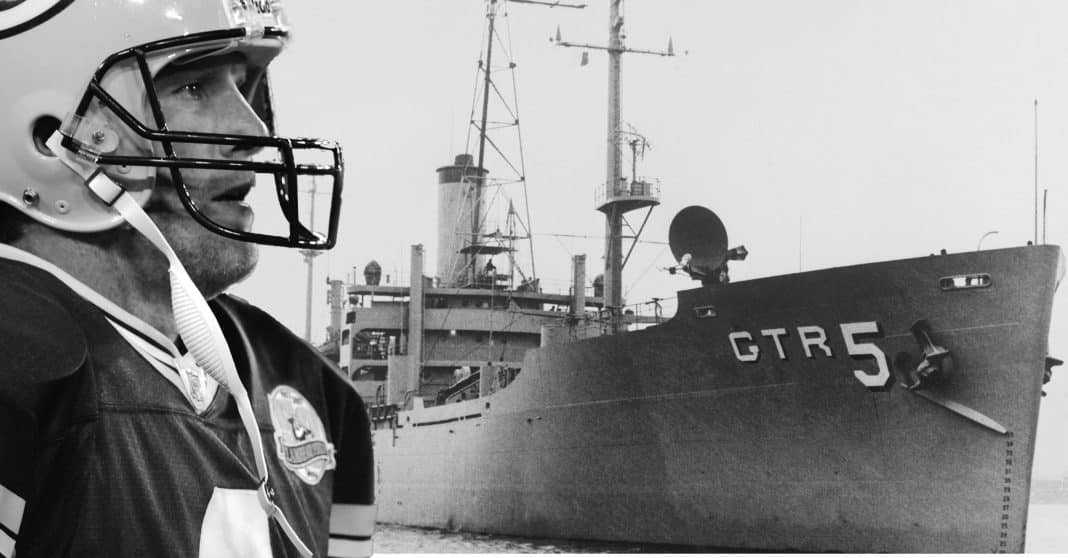 Brett Favre was the ultimate indestructible quarterback —the guy who could take a licking and keep on ticking. Even after he got old and became a Minnesota Viking, we outraged and betrayed Packer fans had to admire the way he could finish a game against a gang of cheating killers who’d put a bounty on his head.

Favre appears to have endorsed the JDL’s arch-rival and nemesis, the GDL (Goyim Defense League):

“Brett Favre here with a shout out to the Handsome Truth and the GDL boys. You guys are patriots in my eyes. So keep wakin’ em up and don’t let the small get you down. Keep fighting too. Don’t ever forget the USS Liberty and the men and women who died on that day. God bless and take care.”

The JDL and its terrorist allies B’nai Brith, AIPAC, and the so-called State of Israel is an even nastier bunch of lying, cheating killers than the 2009-2010 New Orleans “Saints.” They will soon be blitzing Favre, and if he hangs tight in the pocket, they will try to punish him or even take him out of the game.

Brett Favre now has an opportunity to throw a touchdown pass and help team USA defeat the dirtiest team ever, the Tel Aviv Zionists. All he has to do is hang tight in the pocket as the Zionist blitz him, then step forward (on the biggest national media platform he can find) and hurl the following verbal bomb:

“There’s only one thing I forgot to mention in that video: Never forget  9/11 was a Zionist job. Read Laurent Guyénot’s From Yahweh to Zion and get woke!”