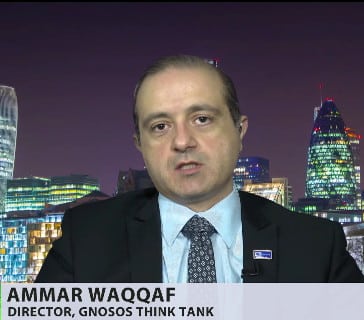 Text of the interview

Dr Ammar thank you very much for heeding to our request and answering our questions.

The Idlib pact is still holding, and the pact could mean bridging the gap between Syria and Turkey

The Idlib agreement hasn’t failed yet. We don’t know what the real details behind the scenes are, so we cannot judge for the moment. It fails when all parties involved say it did.

For example, the agreement could be more about building bridges between Ankara and Damascus than it is about a demilitarised zone. Idlib will return to government control sooner or later, but how that happens is certainly important, including what role Turkey plays and how would that reflect on the future relation between the two neighbouring countries.

One cannot be quite sure. It would most probably be about reinforcing the current process in Idlib, but it could also signal more intent to do something about the situation east of the Euphrates.

The recent tripartite meeting in Tehran between Putin, Erdogan and Rouhani stressed on the need to counter the American project in eastern Syria, which supports separatist Kurdish aspirations under the guise of combating terrorism.

The Europeans might not be willing to confront the United States

First of all, it is technically not easy to bypass the U.S. Dollar as a universal currency. The Russians and Chinese are believed to be in the process of trying to conduct bilateral economic transactions using a different method, but that is yet to materialise.

Moreover, the Europeans might want to signal to the Americans that they do not approve of unilateral steps they are taking on the world stage, but they might not be willing to go as far as confronting the United States.

United States will not relinquish its relationship with Saudi Arabia

In his most recent address to the United Nations General Assembly, the U.S. president described the horrific state of the people in Venezuela due to the economic difficulties and, what he described as, the socialist economy. He then preceded to announce a new set of sanctions on Venezuela!

In other words, the United States is becoming less shy in defying logic under this administration.

A good relationship with Saudi Arabia has been a cornerstone of the U.S. policy in the Middle East for decades, and they’re not going to relinquish this anytime soon.

US power is not diminishing, but the gap with its competitors is closing

The power of United States is not diminishing, but the gap between her and its competitors is closing. This would slowly deprive the U.S. from an edge it has enjoyed worldwide for ages. The United States is working hard to keep that gap as wide as possible.

Since the 70s & 80s, the United States and other affiliate countries have used the ‘Mujahideen’ to their strategic advantage, both actively and passively.

Take the occupation of Palmyra in Syria in May 2015, for example. Daesh forces surrounded the city for some two weeks before finally managing to capture it. During this whole period, despite the importance of Palmyra and its position on a world heritage scale, the U.S. led coalition airplanes never showed up.

As long as the extremists were fighting the Syrian state, they had free licence, as far as the Americans were (and still are, one might add) concerned.

What is the main concern of the British Gov right now? is it internal or external?

British-American alliance is unchanged in the Middle East

Well, it’s all about the Brexit dynamics and the future of the country, at the moment. The British government is trying to stabilise itself and the country, in the face of considerable upheaval that is currently taking place.

Externally, the U.K. is still aligned with the U.S. policy in the Middle East. This alliance is strategic and little change is expected on that front whatever happens within the United Kingdom.

Dr. Waqqaf is a Syrian – British national who worked in management consultancy in the UK before becoming active on the political/media scene surrounding the crisis in Syria. He is the founder and director of Gnosos, a think tank in Britain that offers stakeholder opinion on Syria and the Middle East.