Home Government Is Israel the land of no prosecution for rape? 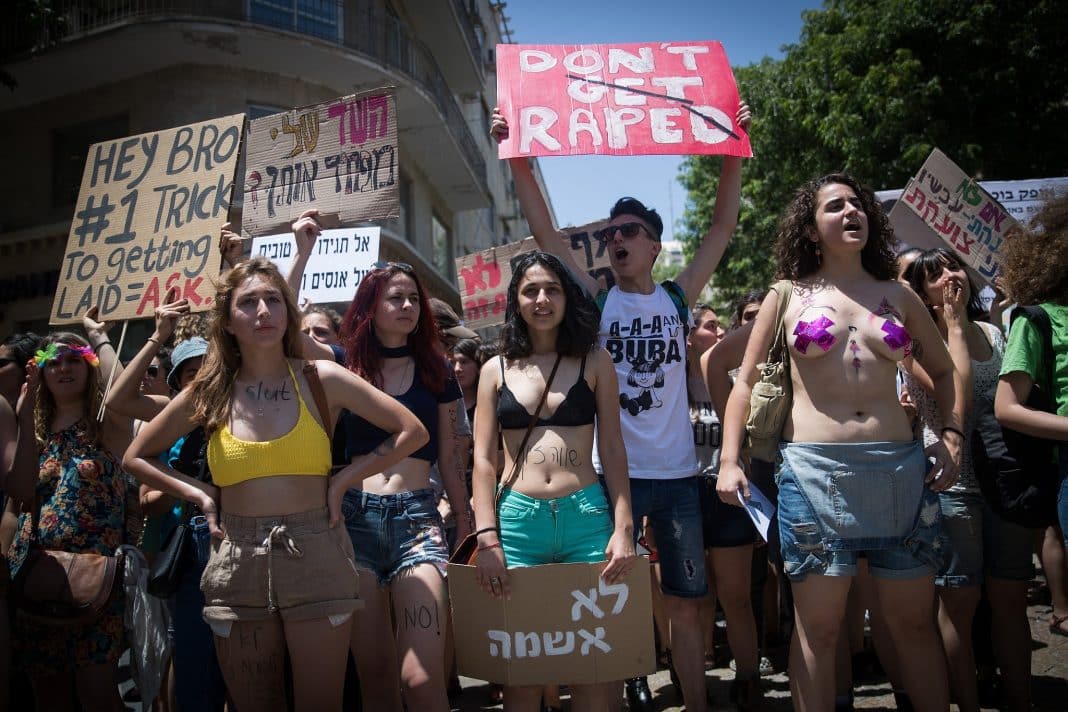 [ Editor’s Note: Ninety percent of rape cases ending up with no prosecutions screams “rape is OK in the Promised Land”. This was quite a Monday morning surprise.

My first question is how this could have stayed out of the news for so long. With activism running deep in Hebrew DNA, I am perplexed that the women have not taken this public action sooner, unless media control has something to do with keeping it quiet, heaven forbid.

I already smell a whiff of male chauvinism with Bibi rejecting the current proposal for an official commission to dig out who has been blocking the prosecutions, and why. My first guess is that a lot of higher ups have been on the “charge list” and had a vested interest in dead-ending the investigations.

Unfortunately 2000 protesters is not enough for a city the size of Tel Aviv, but maybe this protest will light a fire, the badly needed political kind. VT is with the girls all the way on this one. We will be digging around for the back story … Jim W. Dean ] 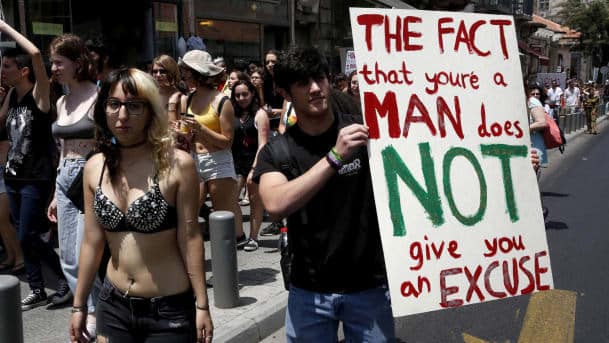 Thousands have rallied in Tel Aviv to protest violence against women in Israel, a week after Prime Minister Benjamin Netanyahu rejected a Knesset proposal to establish a parliamentary commission of inquiry on the issue.

Some 2,000 protesters took to the streets in Tel Aviv to mark the International Day for the Elimination of Violence against Women, chanting “We won’t be silent anymore,” “No means no,” and “We are not transparent – women make revolutions.”

The participants called on authorities in Tel Aviv to take action to halt the murder and abuse of women in Israel.

“We call for an end to the reality in which more and more women are raising their voices, but the authorities refuse to listen,” Miriam Scheller, director of the Tel Aviv Assistance Center, said at the rally.

Scheller said activists will keep up the fight against “a reality,” which has seen nine out of 10 rape cases in Israel being closed without any indictment, “a reality in which they talk about security, but that doesn’t include our security.”

“We will continue to work to change the priorities until we put an end to rape culture,” she added.

The protest was organized by several women’s organizations, including the Tel Aviv Women’s Crisis Support Center; the Israel Women’s Network; the Feminine Spirit; Na’amat and the Women’s Counseling Center.

The organizers said at least 20 women have been murdered by their relatives or partners this year.

Last week, Israel’s ruling coalition voted against a proposal by opposition lawmaker Aida Touma-Sliman from Joint List to establish a parliamentary commission of inquiry “to investigate the failures and omissions in defending women.” 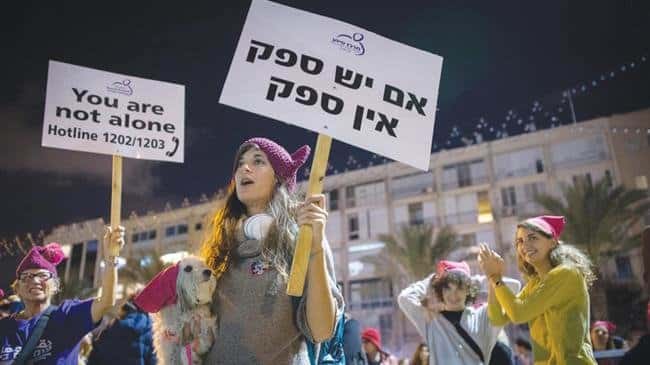