Ed Asner, Executive Director of the Lawyers’ Committee for 9/11 Inquiry, is celebrating an important step towards 9/11 truth and justice.

According to Asner and the Committee, U.S. Attorney Geoffrey Berman has announced that the Department of Justice will comply with 18 USC Section 3332 regarding the Lawyers’ Committee’s Petition. That means that a Special Grand Jury should soon be seated to launch an independent investigation of the unsolved crimes of September 11, 2001, beginning with the apparent explosive demolition of the World Trade Center complex including its three skyscrapers.

Asner, one of the biggest TV stars in US history, announced: “The U.S. Attorney’s decision to comply with the Special Grand Jury Statute regarding our petitions is an important step towards greater transparency and accountability regarding the tragic events of 9/11.”

Read the US Atty Letter

From the Lawyers’ Committee press release:

The U.S. Attorney, in his November 7, 2018 letter to the Lawyers’ Committee, stated: “We have received and reviewed The Lawyers’ Committee for 9/11 Inquiry, Inc.’s submissions of April 10 and July 30, 2018. We will comply with the provisions of 18 U.S.C. § 3332 as they relate to your submissions” (emphasis added). (The U.S. Attorney’s letter is attached. It is also available at https://lawyerscommitteefor9-11inquiry.org/7-nov-2018-u-s-attorney-geoffrey-berman-will-comply-with-18-usc-section-3332/)

The U.S. Attorney’s letter does not spell out the steps that will be taken to comply, but 18 U.S.C. § 3332 is clear as to what these steps must be. This law states: “[a]ny such [United States] attorney receiving information concerning such an alleged offense from any other person shall, if requested by such other person, inform the [Special] grand jury of such alleged offense, the identity of such other person, and such attorney’s action or recommendation.” This law also states that “(a) It shall be the duty of each such [special] grand jury impaneled within any judicial district to inquire into offenses against the criminal laws of the United States alleged to have been committed within that district.”

The Lawyers’ Committee’s April 10th 52-page original Petition was accompanied by 57 exhibits(https://lawyerscommitteefor9-11inquiry.org/lc-doj-grand-jury-petition/) and presented extensive evidence that explosives were used to destroy three WTC buildings. That evidence included independent scientific laboratory analysis of WTC dust samples showing the presence of high-tech explosives and/or incendiaries; numerous first-hand reports by First Responders of explosions at the WTC on 9/11; expert analysis of seismic evidence that explosions occurred at the WTC towers on 9/11 prior to the airplane impacts and prior to the building collapses; and expert analysis by architects, engineers, and scientists concluding that the rapid onset symmetrical near-free-fall acceleration collapse of three WTC high rise buildings on 9/11 exhibited the key characteristics of controlled demolition. The Lawyers’ Committee’s July 30th Amended Petition addresses several additional federal crimes beyond the federal bombing crime addressed in the original Petition. The Lawyers’ Committee concluded in the petitions that explosive and incendiary devices preplaced at the WTC were detonated causing the complete collapse of the WTC Twin Towers on 9/11 and increasing the tragic loss of life. 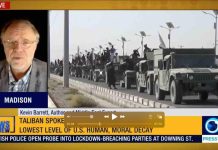