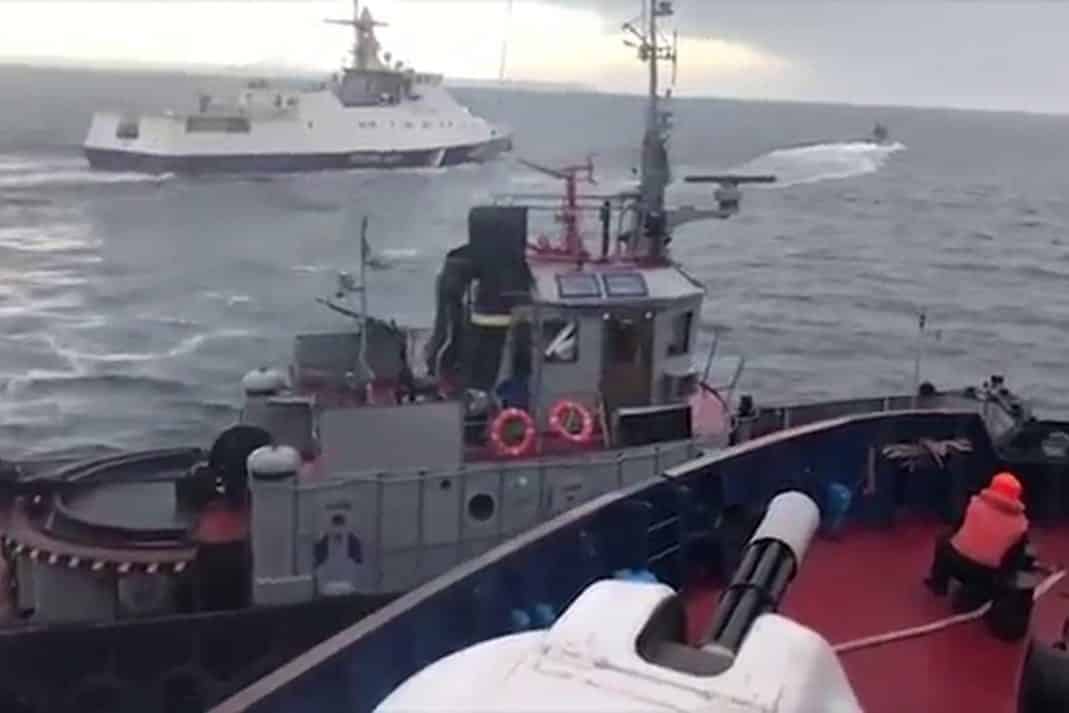 On November 26, the Ukrainian Armed Forces released the radio communication between Russian border guard ships and operations duty officers of the Russian Navy.

The Ukrainian General Staff alleged that the radio interception is “an evidence of purposeful aggressive escalation of the situation (in the Black and Azov seas) which was ordered by millitary and military-political leadership of the Russian Federation”. The transcript of the intercepted communications with SF comments is below:

HINT: to run foul of a ship – to use the hull of your ship to stop or damage another ship.

Later, the Youtube channel of General Staff of the Armed Forces of Ukraine released an English version of the radio interception. It’s entitled “Radio communication between the Russian leadership and border guard ships” and also can be found on Youtube.

It’s important to note that this translation is misleading and the meaning of the communication between Russian border guard ships and operations duty officers of the Russian Navy was changed.

The communication record also includes “Medvedev is in panic, shouting” part. Some mainstream media already started speculating that this is Russian Prime Minister Dmitry Medvedev. However, Medevedev is a common surname in Russia and the officers are likely refering to some local commander.

The radio communications released by the Ukrainian side confirm the position of the Russian side on the incident. It confirms that the encounter took place within Russian territorial waters, Ukrainian ships were not responding to requests to stop and were performing dangerous maneuvers. The Russian side was acting in response to actions of the Ukrainian naval group and was seeking to restore security in its territorial waters.

The most interesting thing is that the Ukrainian side was capable of intercepting some communications between Russian officers during the incident. Considering the facts included in the communication, it’s highly likely that the leak of this radio communication was preplanned and organized by the Russian Federal Security Service.

The video below shows a small part of the engagement between the Ukrainian naval group and Russian cosastal guards in the Black Sea on November 26:

Russia-Ukraine Black Sea Military Crisis: On The Brink Of War