This is an article about war. In it, I will not discuss nor urge peace, at least not directly, as I have done tirelessly for many years, and will, I am sure, do again. My perspective will be, therefore, not of a peace advocate, but of a warrior who has seen the futility of war and endured the needless deaths of close friends and comrades.

The reason for changing the focus of my writing is not because I have become apathetic, or frustrated with the struggle for peace, or convinced of war’s inevitability. On the contrary, I remain totally committed to the task of ending war.

On this occasion, however, my intent is to engage those readers, and there have been many, who have found my previous writing and arguments for peace overly theoretical, unrealistic, even unpatriotic, and were not hesitant to tell me so, many choosing to attack my character and credibility rather than to demonstrate flaws in my argument.

Also, in this era of a Trump inspired renewed nationalism, I will not moralize about the plight of war’s victims – Afghans, Iraqis, Syrians, Yeminis, even members of the American military – despite my propensity as a philosopher focusing on ethics, to do so.

Rather, I will discuss whether this nation’s obsession with militarism and war is a pragmatic response to the very real and serious problems we face in the world today. I am writing, therefore, in behalf of the country I love and of my comrades still in harm’s way struggling for survival on some far-off battlefield or at home suffering the aftermath of war.

During two George W. Bush Administrations, two Barack Obama Administrations, and now the Administration of Donald Trump, though promised a resolution of the Post 9/11 conflicts, the wars continue with no end in sight. As a former Marine Corps officer with service in Vietnam, I understand how difficult it is to achieve victory in asymmetrical warfare.

I understand as well the propensity of governing officials to continue the war and their reluctance to end our involvement, as we were eventually required to do in Vietnam, for fear that “walking away” would be to acknowledge defeat, tarnish our prestige in the world and our reputation as an invincible superpower, embolden the “insurgents,” and admit that the expenditure of trillions of dollars was for naught – $5.9 trillion according to a new study released by the Watson Institute for International and Public Affairs at Brown University.

Perhaps most demoralizing, is the claim that ending the war would devalue the sacrifices of so many brave American men, women, and their families – according to the same study, of the 480,000 human beings killed, nearly 7,000 were U.S. service members, 8,000 U.S. contractors, and more than 244,000 civilians.

After years of invasion, occupation, bombing, and boots on the ground have failed to achieve a successful resolution to the conflict, most reputable political and military leaders, the latest being General John W. Nicholson, have at long last recognized and admitted that there is no military solution to the quagmire in the Greater Middle East. Yet, each successive administration, both Democrat and Republican, remained irrationally committed to the use of military force, as though continuing these very same tactics, will remarkably, for reasons unknown, yield very different results under their leadership – achieve elusive victory.

Tragically, because of their arrogance, stubbornness, and unwillingness to admit defeat on their watch, these leaders would rather “stay the course” and continue to sacrifice American lives and treasure than demonstrate the foresight, integrity, and courage to follow through on their promises to end the hostilities and withdraw our troops.

Albert Einstein is alleged to have said that the definition of insanity is doing the same thing over and over again and expecting different results. 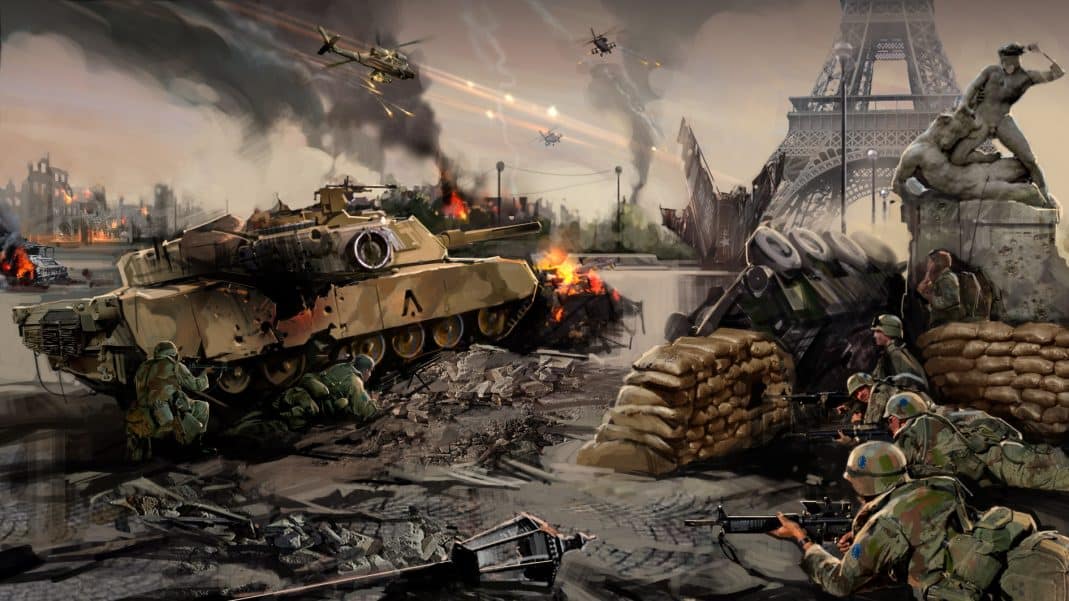 A Challenge for the “War Pragmatists”

No one questions that the world is a dangerous place and our relationship with other nations and subnational groups can be complex, even difficult at times, often unnecessarily so, often as a consequence of our meddling in the affairs of others, what the CIA refers to as “blowback.”

After so much death and destruction, it is incumbent upon the warists, the proponents of militarism and war, who have criticized the efforts of those advocating alternative non violent means of conflict resolution, first to refrain from ad hominem attacks, and then to explain why, in their view, continuing failed strategies and tactics, i.e. military force, is an appropriate, rational, and pragmatic response for meeting the challenge posed by prospective adversaries.

Osama bin Laden, the assassinated leader of al Qaeda, noted how America’s enthusiasm and rush to war can and has been exploited for an adversary’s advantage. He writes,

“All that we have to do is to send two mujahedeen to the farthest point east to raise a piece of cloth on which is written al Qaeda in order to make generals race there to cause America to suffer human, economic, and political losses without their achieving anything of note other than some benefits for their private corporations. We are continuing this policy in bleeding America to the point of bankruptcy. Allah willing, and nothing is to great for Allah.” – Osama bin Laden

Further, in an asymmetrical war of attrition, in which vast numbers of civilians are killed “accidentally” – collateral damage – thereby creating more adversaries that it eliminates, how is military force an effective means of mitigating the terrorist threat? Why is advocating and supporting war, with little or no likelihood of success, patriotic or in the interest of the nation the warists claim to love?

Some six thousand veterans and members of the military die by their own hand each year in this country, nearly as many as has been killed fighting the Global War on Terrorism, many as a consequence of their participation in war. How would reevaluating our response and ending perpetual war – the war in Afghanistan is now in its 18th year with no end in sight – devalue the sacrifices of our veterans and members of the military?

It is time, long past time, that we recognize war’s ineffectiveness, and seek alternative solutions to the quagmire in the greater Middle East. We must demand an end to militarism and war in this nation, not because we are idealists, or unpatriotic, or cowardly, or hippie peaceniks, but because war and military action is clearly obsolete and repeatedly proven itself to be strategically and tactically ineffective.

It just does not work anymore, if it ever really did, and there is no reason to believe that its next employment will be any different from its last. Not only is doing the same ineffective thing over and over again insane, but it also cost lives and treasure, and is, ultimately, damaging to our democracy, a misuse and abuse of our military, and an affront to all Americans.

Upon analysis it is clear that the true pragmatists and realists are not the warists who thoughtlessly continue to advocate futile war and consequently, the waste of precious lives and treasure, but the peace advocates who seek an end to quagmire, encourage alternative, non violent solutions to conflicts and differences, support the reallocation of scarce resources, and who demand that we bring our troops home now and hold them close when they get here.