By Gordon Duff with MT Keshe

A cure for Swine Flu will be demonstrated, we hope successfully, in a major national capitol tomorrow.  Contact has been made with Russia and the White House to share in this discovery.

The breakthrough would mean a broad ability to eradicate a number of diseases.

Then again, there is also the issue of the USS Donald Cook, which went from AEGIS destroyer to floating scrap heap at the hands of the Magrav while sojourning in the Black Sea.  The issue here is to push for acceptance of Magrav based anti-viral treatments even if some governments and “others” are still developing and enhancing viruses for “soft warfare” or global eugenics experiments.

I have been offered documentation, videos, research data, which is to arrive tomorrow. However, there is a far darker story behind this.

Swine flu has been used, and we must say “allegedly,” by the United States to starve out Russia and China.  We have seen the disease jump thousands of miles into China over Islamic nations where there is no commercial raising of pigs based on religious issues.  The impossible has happened.

The other allegation is that drones are responsible for spreading the disease, that American drones such as the Global Hawk, can travel thousands of miles and release micro-drones that self-destruct after dropping weaponized Swine Flu virus.

This is an allegation.

We have also heard that an American Global Hawk has been electronically hijacked using Keshe based technology and may well be in Tehran now.  A Boeing RQ170 stealth drone was “borrowed” by Iran several years ago using this same capability.

There is no evidence that the drone, if it exists, was carrying virus.  Iran has not admitted to having the drone whose design would be of use not only to Iran but Russia and China as well.  The Global Hawk is an amazing technology.

While writing this, VT has just come under cyber attack.

Over the past several years, two highly classified programs have been allegedly entered into by the US government against Iran, Russia and China.

One has been at the Lugar Lab in Tbilisi, Georgia.  Russia alleges that this US funded facility has worked on germ warfare projects.  Strong evidence supports this including statements from Georgia’s former intelligence chief and many who have worked there.

Two products from this facility have been of particular note, one being Sarin gas which has been used inside Syria and blamed wrongly, not simply an allegation, the proof is overwhelming, on the Assad government.

The other is Swine Flu.  It has spread like wildfire into Russia and China, spread “impossibly,” no “patient zero,” no vectors, a disease that is 100% fatal to swine.

What is the swine flu?

Swine flu (swine influenza) is a respiratory disease caused by viruses (influenza viruses) that infect the respiratory tract of pigs, resulting in nasal secretions, a barking cough, decreased appetite, and listless behavior. Swine flu produces most of the same symptoms in pigs as human flu produces in people. Swine flu can last about one to two weeks in pigs that survive. Swine influenza virus was first isolated from pigs in 1930 in the U.S. and has been recognized by pork producers and veterinarians to cause infections in pigs worldwide.

In a number of instances, people have developed the swine flu infection when they are closely associated with pigs (for example, farmers, pork processors), and likewise, pig populations have occasionally been infected with the human flu infection. In most instances, the cross-species infections (swine virus to man; human flu virus to pigs) have remained in local areas and have not caused national or worldwide infections in either pigs or humans. Unfortunately, this cross-species situation with influenza viruses has had the potential to change.

Swine influenza is transmitted from person to person by inhalation or ingestion of droplets containing virus from people sneezing or coughing; it is not transmitted by eating cooked pork products. The newest swine flu virus that has caused swine flu is influenza A H3N2v (commonly termed H3N2v) that began as an outbreak in 2011.

The “v” in the name means the virus is a variant that normally infects only pigs but has begun to infect humans. There have been small outbreaks of H1N1 influenza since the pandemic; a recent one is in India where at least three people have died.

If you’ve got fever, cough, or one of the other symptoms of the flu, you may be wondering if you have contracted the H1N1 swine flu virus. The reality is that it isn’t possible to know unless specialized testing is ordered, and for uncomplicated cases of the flu in non-hospitalized patients, routine testing for the H1N1 virus is not being carried out.

What is the incubation period for swine flu?

What is the contagious period for swine flu?

The contagious period for swine influenza in adults usually begins one day before symptoms develop in an adult and it lasts about five to seven days after the person becomes sick. However, people with weakened immune systems and children may be contagious for a longer period of time (for example, about 10 to 14 days).

How long does the swine flu last?

In uncomplicated infections, swine flu typically begins to resolve after three to seven days, but the malaise and cough can persist two weeks or more in some patients. Severe swine flu may require hospitalization that increases the length of time of infection to about nine to 10 days.

The cause of the 2009 swine flu was an influenza A virus type designated as H1N1. In 2011, a new swine flu virus was detected. The new strain was named influenza A (H3N2)v. Only a few people (mainly children) were first infected, but officials from the U.S. Centers for Disease Control and Prevention (CDC) reported increased numbers of people infected in the 2012-2013 flu season.

Currently, there are not large numbers of people infected with H3N2v. Unfortunately, another virus termed H3N2 (note no “v” in its name) has been detected and caused flu, but this strain is different from H3N2v. In general, all of the influenza A viruses have a structure similar to the H1N1 virus; each type has a somewhat different H and/or N structure.

Many researchers now consider that two main series of events can lead to swine flu (and also avian or bird flu) becoming a major cause for influenza illness in humans.

For example, one cell could contain eight swine flu and eight human flu RNA segments. The total number of RNA types in one cell would be 16; four swine and four human flu RNA segments could be incorporated into one particle, making a viable eight RNA-segmented flu virus from the 16 available segment types. Various combinations of RNA segments can result in a new subtype of virus (this process is known as antigenic shift) that may have the ability to preferentially infect humans but still show characteristics unique to the swine influenza virus (see Figure 1).

It is even possible to include RNA strands from birds, swine, and human influenza viruses into one virus if a single cell becomes infected with all three types of influenza (for example, two bird flu, three swine flu, and three human flu RNA segments to produce a viable eight-segment new type of flu viral genome). Formation of a new viral type is considered to be antigenic shift; small changes within an individual RNA segment in flu viruses are termed antigenic drift (see figure 1) and result in minor changes in the virus. However, these small genetic changes can accumulate over time to produce enough minor changes that cumulatively alter the virus’ makeup over time (usually years).

Bird flu viruses, which usually infect the gastrointestinal cells of many bird species, are shed in bird feces. Pigs can pick these viruses up from the environment, and this seems to be the major way that bird flu virus RNA segments enter the mammalian flu virus population. Figure 1 shows this process in H1N1, but the figure represents the genetic process for all flu viruses, including human, swine, and avian strains. 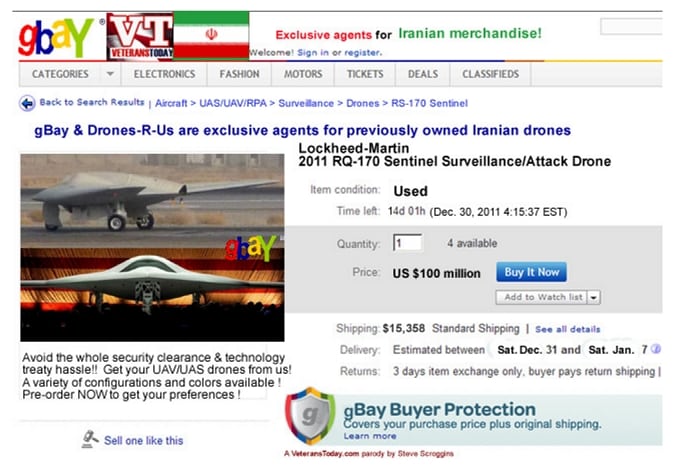 The issue here first involves validating Keshe’s viral treatments.  For security reasons, I am not allowed to show videos.  It seems really stopping diseases is considered “terrorism” in some circles.

Also, the treatment costs about .10 USD, yes, we mean “ten cents” per patient and has, thus far, proven dramatically effective.

Violence, smear campaigns, threats, disinformation, all will be unleashed.

I always hesitate to go here, but “if,” and I am always skeptical even though Keshe and I have been personal friends for many years, but we deal with an odd mix of successes, failures, decision making issues and, all the while, technologies that could change everything are suppressed.

As a parallel, VT works directly with the University of California and the US Department of Energy, along with DARPA on energy related projects.  We have seen first hand how physics has been turned into fiction and have published hard data that debunks current paradigms that support our carbon based economy.

We have held nothing back and our VT Science output should well have changed the world were we not silenced, censored around the world, banned on media outlets and more.

Working for VT is more dangerous than walking lead out of the trenches at The Somme in 1916.  Oh, ask Thomas Mattingly or Peter Panoyotou or Eric May or Clinton Bastin or Raja Mujtaba or so many others.

At some point, it all has to end, the fake game of commercial medicine, fake power production, fake gravity based aeronautics, all a game posing fake nations and fake corporations against each other while the world is being burned to a crisp.