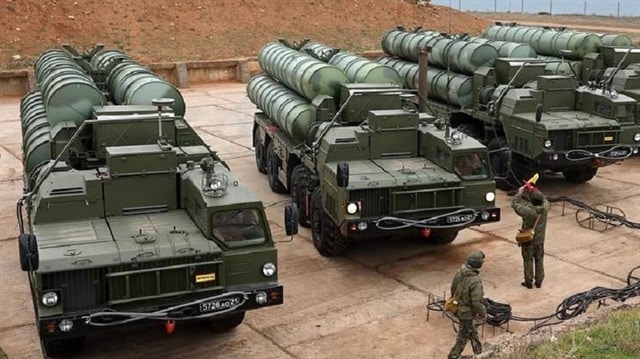 Update: Russian X-35 anti-ship missiles with 20km ranges have also been dispatched to the city of Kerch.

[ Editor’s Note: Ukraine sleepwalked into this silly game they are playing of claiming they are under imminent threat from Russia with the recent naval provocation. The GPS locations of the two parties ships were obviously recorded by everyone with the ability to do so.

The Ukrainian ships refusing to stop when ordered to do so was beyond stupid, but that said, that is what the Ukrainian leadership seems to be all about. Poroshenko is in weak shape for the coming election as the Ukie economy is down the drain with the oligarchs sucking the life blood out of the country.

Cooking up a little attention deflecting war to give the US and NATO the excuse to come in to “save” Ukraine is just another day at the office for the Unipolar crowd and its thug puppets.

On a more serious note there might be an effort in play to stretch Russia’s resources away from its Syria effort, where new generation S-57 fighter planes recently flew combat missions with report that they successfully showed they could not be detected by the US and Israeli radars. That rattled some cages.

This was just for show of course, as Moscow is not going to have enough of these planes for some time, for five years at least. But it is demonstrating its defensive capacity if forced to use it.

The US criminal involvement, with NATO and the EU, in the violent coup in Ukraine has been brushed under the rug as they expected. It might be time to rehash the whole thing and rub it in their faces to remind the public who was really responsible.

The fake story was that the “pro-Russian” former president had broken a promise to align with the West, which was a big lie of course. What he clearly wanted to do is get subsidized from both, as that was the only way for Ukraine to economically survive.

Russian had been giving Ukraine huge subsidies, including things like paying it Crimea basing rent 10 years in advances, and making sure Ukraine got a good chuck of the Russia military production budget.

Do the Western spinmeisters think we are so stupid to buy that?… Jim W. Dean] 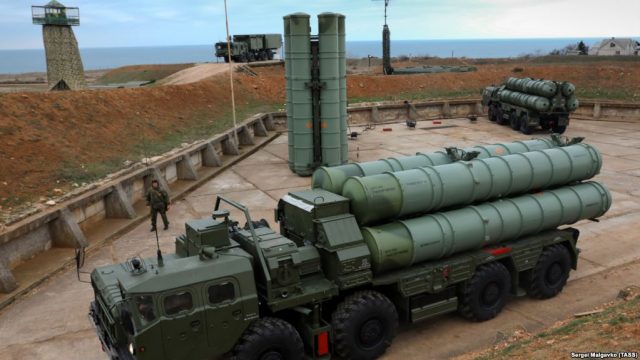 Russia has announced it will deploy new S-400 defense missile systems on the Crimean Peninsula amid a standoff initiated by Ukraine.

On Sunday, Russia’s naval forces intercepted and seized three Ukrainian vessels after they illegally entered Russian waters off the coast of Crimea in the Sea of Azov. The Kremlin has said the seizure of the ships was lawful because they were trespassing.

Still, that development set off an international dispute in which Kiev and its Western allies have accused Moscow of trying to assert dominion in the Sea of Azov.

Meanwhile, Ukraine has announced the application of martial law for 30 days in parts of the country following the seizure of the three vessels.

Russian President Vladimir Putin has voiced “serious concern” over Ukraine’s introduction of martial law, conveying the concern in a phone call to German Chancellor Angela Merkel, the Kremlin announced in a Tuesday statement.

The martial law gives Ukrainian officials the power to mobilize citizens with military experience, control the media, and impose restrictions on public rallies. That has in turn raised speculations that the tensions may spiral into an armed conflict.

In Ukraine’s east, the military has already been cracking down on ethnic Russians since 2014.

The RIA news agency reported that the new S-400 missile systems would be operational by the end of the year. Footage released on Wednesday showed the new missiles participating in drills at the Kapustin Yar test range in the Astrakhan region.