[ Editor’s Note: As VT has long predicted the US Deep State Unilateral foreign policy will backfire. This may be a disappointment for the DS, or maybe not. Let me explain.

That those targeted with sanctions, even with being blocked from the SWIFT international payments system, would be forced into creating alternate systems totally under their own control was a no brainer. They had no choice.

So I pose that maybe this is exactly what the Deep State operatives currently inside the Trump administration might have wanted, to create the scenario of the “world is against us” to justify the total offensive US foreign policy that we seen now.

We all have noticed how mass media will not touch the third rail of how maybe the US trillion dollar annual deficits, upon which certain parties are getting richer and richer, are getting a double pump out of it.

The formation of these new economic defensive groups will be spun as their being offensive platforms and thus justifying all of the US economic aggression as defensive. Yes, “they” really do think this way. And so far the political opposition to it has been anemic.

If you think the Democrats are going to save us on this issue, think again. Who among their top people are making this a political issue, or even a back burner plank of their 2020 presidential platform? 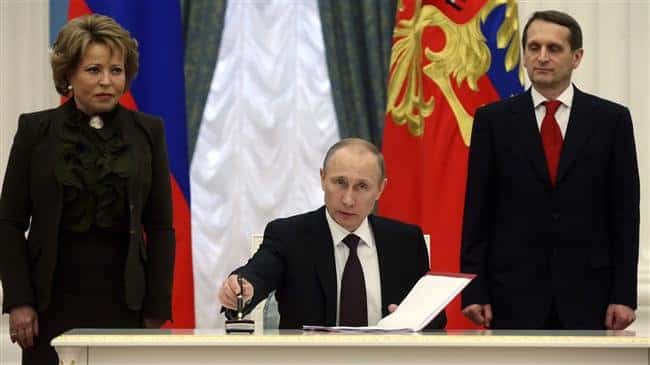 The depressing thing about all of this to us here at VT is not so much that evil people are getting away with his mega scam, but that the opposition to it has virtually been non-existent. I won’t repeat my rant of the total failure of our civic institutions to engage. They are AWOL.

That is a huge political failure on our part, a large part due to the system where we allow our Congress to make and enforce their own rules with no public oversight whatsoever.

So I ask you, why we should do that? It just allows them to rig the system. The same goes for the military. Why should they be allowed to investigate themselves? Look what the track record of that has been.

State government corruption has long had FBI oversight with a long string of convictions. Why can’t we have a new type of FBI org, well funded, that does nothing but investigate all those currently allowed to investigate themselves, or not. Any yes, not even the Supreme Court would be exempt…no one, no group.

It is way past time that the public remains excluded from much more control over how Congress is run, like public approval on key positions, and things like independent outside control over all internal Congressional investigations like we have now … Jim W. Dean ]

[ Note 2: While some will sluff off that what these small countries do is of no significance. But because they are a future part of the New Silk Road, forming these free trade blocks is a key jump starting boost to building the organization infrastructure for the more complex and challenging tasks to come later… JD ]

Russia’s President Vladimir Putin has endorsed a much-awaited agreement for the establishment of a free trade zone between Iran and the Eurasian Economic Union (EEU) thus facilitating the process for the Islamic Republic to join the Moscow-led regional economic bloc.

According to a Kremlin announcement, the agreement became a federal law after Putin’s endorsement and was accordingly forwarded to the relevant institutions to be implemented.

The move had been approved earlier this month by Russia’s State Duma as well as the country’s Federal Assembly.

Apart from authorizing the creation of a free trade zone between Iran and the EU, the document would be meant to support their cooperation over a wide range of economic and commercial areas.

The EEU is comprised of Russia, Armenia, Belarus, Kazakhstan and Kyrgyzstan. It is an international organization created with the aim of encouraging regional economic integration through the free movement of goods, services and people within the union.

The bloc was established in 2015, after it superseded the Eurasian Economic Community that functioned from 2000 to 2014. The union has an integrated single market of 183 million people and a gross domestic product of over $4 trillion.

The EEU’s prime ministers resolved in March to make talks with Tehran a priority, scenting an opportunity to expand beyond the bloc’s combined market of 183 million people.

Russia’s President Putin said last August that Moscow wanted Iran to join the EEU – a move that was seen as crucial in bringing the two countries closer in their plans to form a strategic partnership.

Putin emphasized that a research had already started over the possibility of creating a free-trade zone between Iran and the EEU.

“Iran is Russia’s longtime partner. We believe that bilateral relations will benefit from the reduction of tensions around Iran following the comprehensive agreement on the Iranian nuclear program,” Putin was quoted by the media as saying.