Home Military Trump: US Troops in Middle East for Israel 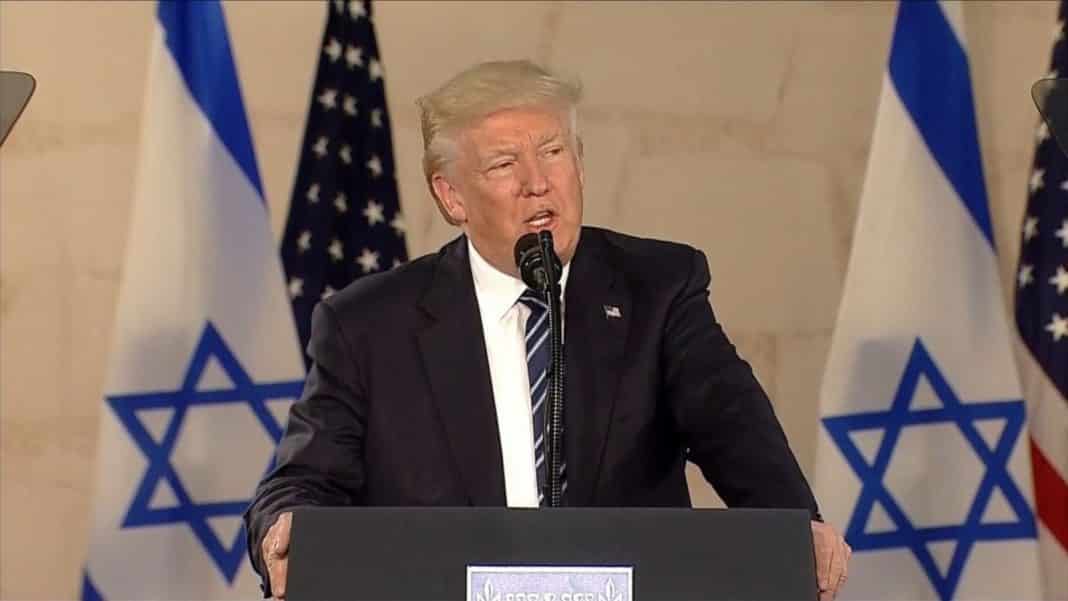 The Washington Post interviewed Donald Trump recently. The headline of the article they did based on the interview was Trump slams Fed chair, questions climate change and threatens to cancel Putin meeting in wide-ranging interview with The Post.

The headline leaves out one of the most important statements Trump made in the interview. When asked how long US troops would remain in the Middle East, Trump said, “Now, are we going to stay in that part of the world? One reason to is Israel. Oil is becoming less and less of a reason because we’re producing more oil now than we’ve ever produced. So, you know, all of a sudden it gets to a point where you don’t have to stay there.”

Using American troops for the benefit of a foreign nation is wrong. When a person joins the US military they take an oath to defend the US Constitution against all enemies, foreign and domestic. They do not swear to defend or advance foreign nations.

The fact that Donald Trump and US politicians from both parties misuse the US military to protect the foreign Jewish state of Israel in order to win favor with the powerful Israel lobby makes a mockery of the oath Americans take when they sign-up for the military, it is a violation of common sense and it’s a violation of principles promoted by the Deist George Washington when he said in his Farewell Address:

“So likewise, a passionate attachment of one nation for another produces a variety of evils. Sympathy for the favorite nation, facilitating the illusion of an imaginary common interest in cases where no real common interest exists, and infusing into one the enmities of the other, betrays the former into a participation in the quarrels and wars of the latter without adequate inducement or justification. 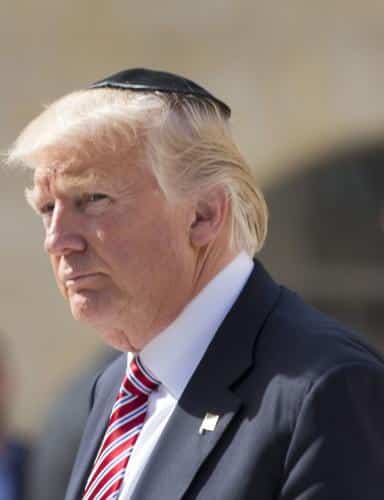 It leads also to concessions to the favorite nation of privileges denied to others which is apt doubly to injure the nation making the concessions; by unnecessarily parting with what ought to have been retained, and by exciting jealousy, ill-will, and a disposition to retaliate, in the parties from whom equal privileges are withheld.

And it gives to ambitious, corrupted, or deluded citizens (who devote themselves to the favorite nation), facility to betray or sacrifice the interests of their own country, without odium, sometimes even with popularity; gilding, with the appearances of a virtuous sense of obligation, a commendable deference for public opinion, or a laudable zeal for public good, the base or foolish compliances of ambition, corruption, or infatuation.”

This sage advice from George Washington is completely ignored by US politicians, conservatives and liberals, Republicans and Democrats, when it comes to Israel. They have blindly supported the Jewish state of Israel for decades. The ultra-liberal George McGovern back in 1972 suggested moving the US Embassy to Jerusalem, as Donald Trump actually recently did. In fact, President John F. Kennedy was the last president to stand up to Israel, demanding that the Israel lobby be registered as a foreign agent and that the Jewish state stop its work to develop nuclear bombs.

Currently the only US politician trying to stop the theft of $38 BILLION from American tax payers to be given to Israel to continue the expansion of its military is Republican Senator Rand Paul. He has actually placed a block on legislation that would give the $38 BILLION in American tax payer dollars to Israel.

Paul is now under attack by Jewish organizations and by Christian evangelicals who believe what the ancient Jews wrote in the Bible, that God gave all of that land to the Jews for the Jewish state of Israel.

The belief in the ancient superstition that God gave all of the land of ancient Canaan to Abram/Abraham and the Jews (Genesis 13:14-15) is a key reason for most of the current religious violence in the Middle East. Zionist Christian Pat Robertson explained the modern borders of Eretz-Israel which includes all of, or parts of, modern day Jordan, Syria, Iraq, and Egypt, and all of the land the UN designated being for the Palestinians. Belief in, or acceptance of, this biblical superstition/myth will be keeping the US military busy for a very long time.

When we stop and reflect on the fact that we are now living in a nuclear age with the very real ability to destroy life on our beautiful planet Earth with these deadly nuclear weapons, we must realize our only salvation is our gift from The Supreme Intelligence/God of innate reason. Albert Einstein pointed this out when he wrote:

Deism is that substantially new manner of thinking.